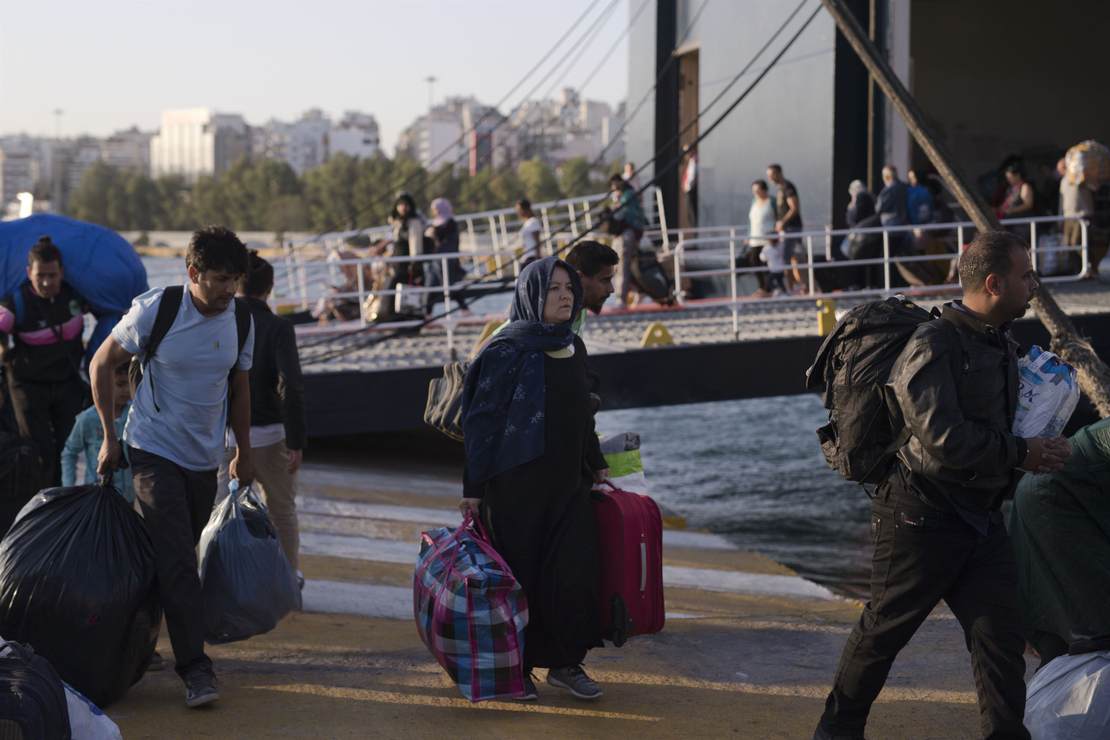 The story couldn’t have been more heartwarming. Matiullah Matie, an Afghan refugee who is a husband and father of eight children, cried out “Salaam! Welcome! Welcome! Welcome!” as he greeted a family of Hmong refugees. Matie had previously been resettled in Wausau, Wis., and had come to make the new arrivals feel at home. He also took the opportunity to talk at length to the media about his experience as a refugee, and became the exclusive focus of a WSAW report a week later. On Wednesday, however, the mediagenic Matie’s star turn came to a sudden and sickening halt: he was arrested for sexual assault.

Wausau residents did everything they could to make the Matie family feel welcome. WSAW noted that “people have been coming to their home constantly to help them with their immediate needs and to get them connected with community resources.” The Maties reciprocated the kindness: “Each encounter greeted with Afghan hospitality, either some milk tea, food, or both.” Matiullah Matie explained, “A person to coming here should eat and drink something with us.” Marvelous!

The Matie family, said WSAW, once lived in the Afghan city of Lashkar Gah, which Afghans refer to as “Little America.” Matie “worked alongside numerous U.S. agencies in Afghanistan including the Marines, Army, USAID, and Spirit of America,” and “also spoke publicly against the Taliban,” which “put a target on his back.” He recounted a horrific Taliban attack that took place one night when he was not home, and which he was sure was retaliation for his work with the Americans. “They killed my older brother, older daughter. They shoot my home by RPGs and heavy weapons. So they thought, Matiullah Matie is here.”

Now Matie is grateful to be here. “This is the new culture, new life, but I’m feeling that I just moved from small America to the large America.” Of his new neighbors in Wausau, he said, “I like these people. It is very nice and beautiful city. I cannot imagine the night when I arrived first to the Wausau and the mayor, Ms. Katie, and all of the church … ladies and gentlemen came for my welcoming. I told to my wife that I’m feeling like this was me and yours wedding night. So, I was very pleased at that.”

Matie did, however, speak of the “challenge” for his family “to start the new life in the new culture, learning. First problem that they’re having right now is English,” he said. “I’m sure when they learn English and they knew about the law of the Wausau and the people of America, they will not get bored and they will not be regret for their coming here.” He revealed an ambition: “So, now I’m feeling good. I’m thinking that I’m in Afghanistan; my tribe is coming. Yes, now this is my tribe, I should be their tribe leader here too!”

His aspirations are on hold now. He was arrested for the sexual assault of one of the women who welcomed him to Wausau. Wausau Mayor Katie Rosenberg, who had previously published pictures of herself with Matie on her official city social media account, stated, “I was stunned and heartbroken to hear that a woman who was working to assist Wausau’s new refugee arrivals in their resettlement reported that she was sexually assaulted by one of the refugees.”

Rosenberg was anxious to preserve Wausau’s commitment to “diversity,” and did her best to make sure no one began any wrongthink about the whole Afghan refugee enterprise. “This doesn’t define all Afghan refugees,” she insisted, “any more than other crimes characterize residents from any other background. However, I have talked to Police Chief Bliven and he and his team stand ready to help with comprehensive and specific training about American legal and social expectations.”

But why wasn’t that kind of training done before Matiullah Matie was settled in Wausau? Late in January, another Afghan refugee, Muhammad Tariq, was arrested at Quantico Marine Corps Base in Virginia for the sexual assault of a three-year-old girl. Associated Press reported that “according to court papers, Tariq tried to explain through interpreters that his conduct was acceptable in his culture.”

And it is. But it is not acceptable in the United States. Old Joe Biden’s handlers have brought tens of thousands of Afghan refugees into the country without vetting them or doing anything to ensure that they knew and would abide by American laws and mores. In Afghanistan, a man can sexually assault a woman who is not fully veiled and face no punishment whatsoever, for the veil is said in the Qur’an to be the woman’s protection against molestation (33:59). Was Matiullah Matie carrying around such attitudes and assumptions in his mental baggage when he was welcomed in Wausau, Wisconsin? If the allegations are true, it appears as if he was.

Biden’s handlers’ extraordinarily irresponsible administration of the settlement of Afghan refugees in the United States is going to have dangerous and unpleasant repercussions for years, and maybe decades, to come. One thing is certain: Muhammad Tariq and Matiullah Matie are only the beginning.