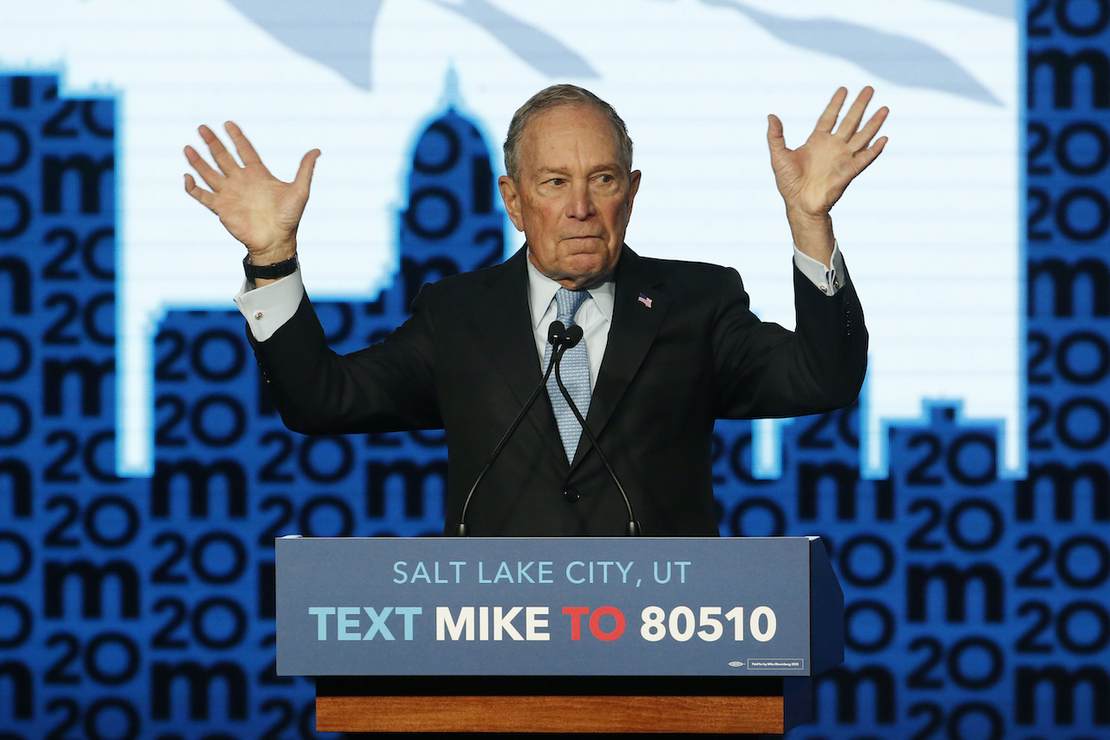 You might be old enough to remember when candidates in the Democrat primary savaged fellow candidate Michael Bloomberg because he is a billionaire. Socialist Bernie Sanders, his shadow Elizabeth Warren, and his protege Alexandria Ocasio-Cortez all accused Bloomberg of trying to buy the nomination and took offense to the idea that it was even possible.

Senator Bernie Sanders (D-Vt.) has been railing on “millionaires and billionaires” for most of his career while living off the taxpayers’ largesse. In 2019 he had to drop the “millionaire” in part because his net worth was estimated to be $2.5 million. So he trained his socialist ire on Bloomberg at a rally in Nevada:

At an Iowa rally, Senator Elizabeth Warren (D-Mass.), whose net worth was estimated to be $12 million, had this to say about Bloomberg’s self-funded run:

“That’s exactly what’s now in play in 2020 – which vision, which version of our democracy is going to win. If Michael Bloomberg’s version of democracy wins then democracy changes. It’s going to be which billionaire you can stomach,” she said.

While stumping for Senator Sanders during the primary, Representative Alexandria Ocasio-Cortez (D-N.Y.) referred to Bloomberg this way at a rally in Iowa:

“There are folks that are trying to completely purchase our political system, running as Republicans and now tossing in their hats as Democrats in the field as well,” she said.

“But what we’re here to say is that in a democracy, it shouldn’t matter how much money you have. What should matter is whether you vote, whether you caucus, whether you turn out. It’s the numbers. It’s the people. It’s the movement.”

She went further in an interview with “The Breakfast Club,” saying she would not accept funds from Bloomberg, even if she were running for president. And she cautioned that candidates should not accept donations from wealthy people like him.

So, where are all of these principled voices now? Are they up in arms over Bloomberg committing $100 million to secure Florida for Joe Biden? Where are their objections now that he has committed to pay the fines of 32,000 felons in Florida so they can vote? According to Axios:

This donation is targeted to particular groups that Bloomberg believes will vote for Joe Biden. Heck, Joe Biden believes it, according to his “You ain’t black” comment. One of the criteria is that the individual is already registered to vote. You can bet that to be eligible, the former felon must be registered as a Democrat. This donation is the definition of attempting to buy an election.

Where are Sanders, Warren, and Ocasio-Cortez? A billionaire is literally trying to buy 29 electoral votes, and they are entirely silent. It is not as if Bloomberg has never said he buys elections. During a primary debate, he slipped and said:

“Let’s just go on the record. They talk about 40 Democrats, 21 of those were people that I spent $100 million to help elect. All of the new Democrats that came in, put Pelosi in charge, and gave the Congress the ability to control this president, I bought – I got them,” he said.

[WATCH] Mike Bloomberg’s Freudian Slip: ‘I Bought—I Got Them Elected’

Why aren’t the far-left Democrats screaming that this new spending looks corrupt? We all know why. Their principles are exceptionally….flexible. When it comes down to a choice between gaining power and sticking to their principles, power always wins. And you can bet AOC would take Bloomberg money in a presidential race. Their virtue is always the signaling type. It is not a deeply-held belief kind.

Luckily, Florida Attorney General Ashley Moody is going to take a closer look at the request of Governor Ron DeSantis. After reviewing the memo, her office referred the matter to the Florida Department of Law Enforcement and the FBI. The primary reason for the investigation is the rationale for the donation in an internal memo leaked by The Washington Post. It gave a clear motive for the assistance:

A memo from the Bloomberg team, obtained Tuesday by the newspaper, explained that the billionaire businessman saw the effort as “a more cost-effective way of adding votes to the Democratic column than investing money to persuade voters who already have the right to vote.”

“We have identified a significant vote share that requires a nominal investment. The data shows that in Florida, Black voters are a unique universe unlike any other voting bloc, where the Democratic support rate tends to be 90%-95%,” the memo read.

According to Representative Matt Gaetz (R-Fla.) in an appearance with Sean Hannity, this donation may run afoul with Florida election law:

“[Under Florida law] it’s a third-degree felony for someone to either directly or indirectly provide something of value to impact whether or not someone votes. So the question is whether or not paying off someone’s fines and legal obligations counts as something of value, and it clearly does. If Michael Bloomberg was offering to pay off people’s credit card debts, you would obviously see the value in that.

“When you improve someone’s net worth by eliminating their financial liabilities, that’s something of value. Normally, it would be very difficult to prove that that was directly linked to impacting whether or not someone was going to vote. But they literally wrote their own admission.”

Attorney Jordan Sekulow agreed that Bloomberg might have put himself in legal jeopardy under the Florida statute. The stated purpose of the donation in the memo increases that risk.

Felons Voting, as Florida Voters Will Decide in November, Could Flip Major Races

Florida law states that felons can only regain their right to vote by paying any outstanding debts, fines, and restitution they owe. Each individual must pay his or her obligations before he or she can vote. This restriction is not just a quirk of the system — Florida residents adopted it in a referendum.

Having a billionaire swoop in and pay off the debts for political purposes certainly violates the spirit of the statute, if not the letter of the law.

The 11th Circuit Court recently upheld this provision. The requirement applies to approximately one million former felons, and Bloomberg is targeting a particular subset of them for a stated political purpose.

WATCH the full Hannity segment below: