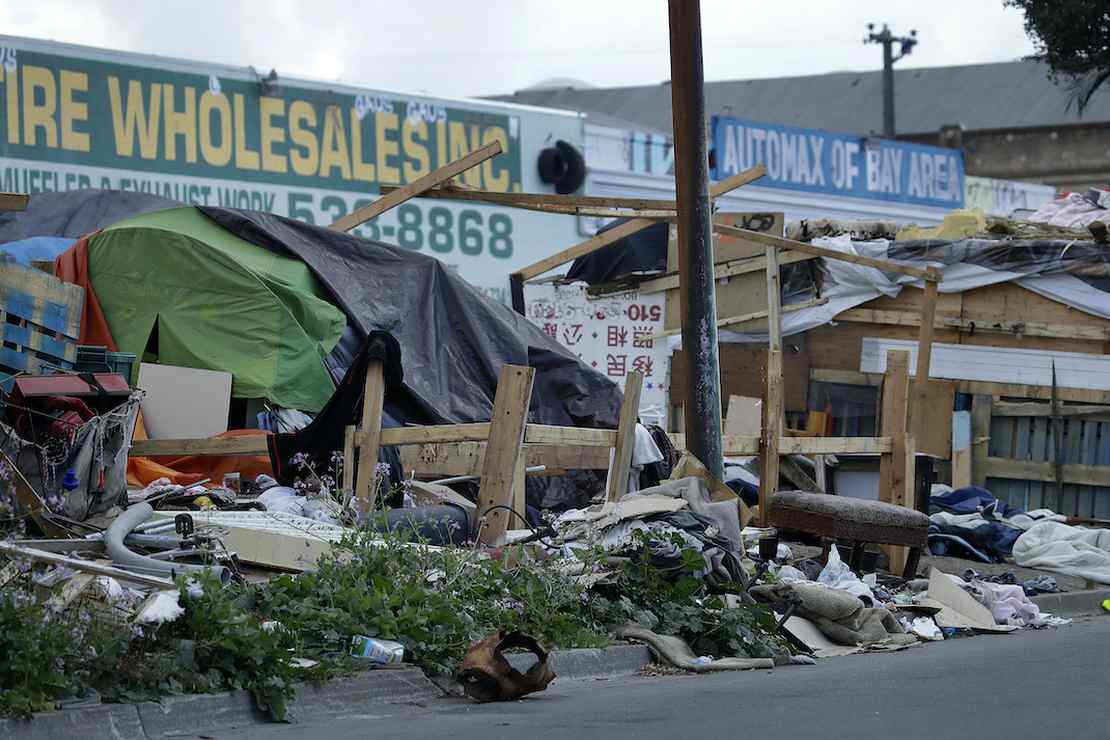 When an Indian news service mocks the West Coast, Messed Coast™️ for its Third-World conditions, it may be time for the governors of Oregon, Washington, and California to engage in a bit of self-reflection.

Priyanka Deo Jain, a Harvard-educated woman who works for the Indian news outlet “News 9 Live,” says the Third-Worldism of the West Coast, Messed Coast™️ is as clear as the poop on the sidewalks and the debris field surrounding passing trains.

Keep hearing of train burglaries in LA on the scanner so went to #LincolnHeights to see it all. And… there’s looted packages as far as the eye can see. Amazon packages, @UPS boxes, unused Covid tests, fishing lures, epi pens. Cargo containers left busted open on trains. @CBSLA pic.twitter.com/JvNF4UVy2K

The disgusted reporter says, “Street pooping is a major issue in California whereas India is 100% defecation-free,” which is quite a claim. Jain takes aim at an NPR reporter who noticed that the LA railroad tracks look like they might be straight out of Calcutta or somewhere else in India.

Street pooping is a major issue in California whereas India is 100% open defecation free.

Perhaps those that peddle anti-India narratives, like NPR’s Lauren Frayer, should [literally] take a look at what’s happening in her own backyard first!💩
Full: https://t.co/ySPOzc3nFq pic.twitter.com/IxlCh84B4j

Portland is on something like year 15 of its “Ten Year Plan to End Homelessness” and it’s going swimmingly, as people have come from all over to get that “free” housing. The “smoke your rent, live in a tent” crowd lives in squalor, but when you’re high on meth and fentanyl, do you really notice?

Related: My New Suede Boots Are the Latest Victim of Democrat-Run Cities

This restauranteur came into work to discover the homeless criminals, who have proliferated around his place, had broken in and ransacked his place. The restaurant owner recorded a TikTok video announcing that the city’s progressive policies caused this mess.

“Oh, Portland,” the man, named (trigger alert) “All American Dad 111,” said as he proclaimed the City of Roses a “sh*thole.”

“I don’t think there’s anything compassionate about letting people live in filth on the side of the freeway, enabling drug abuse, or making parents sweep their kids’ soccer field because there’s so many hypodermic needles on it,” he said to anyone who would listen. He continued, “What did you expect would happen when you normalize homelessness and drug abuse? When you villainize the police? When you allow looting in the name of social justice? You can’t put policies in place because they sound good. You have to do what works.”

From his lips to the voters’ ears.

This small business owner in Portland is being forced to close his restaurant because of constant break-ins by homeless addicts. He says crime is rising not despite progressive policies but because of them. He’s right. pic.twitter.com/Hkm1YSejG1

All American Dad 111 was beaten to the punch by this ten-year-long business owner who sold everything and left the city. “Goodbye PDX,” he wrote. “I made it out of Portland! Sold my condo and closed my business a week after our 10 year anniversary.” It wasn’t long ago that Portland aggressively courted so-called “creatives” to come and set up shop. They’re still trying, said the man who calls himself “El Bandito” on Twitter. “Portland’s latest local advertisement is a hip video telling people to ‘be here for Portland’ (to recover),” he said. Then came the coups de grace, “Lol nah I’m not going to be here for Portland, I saw how you acted.”

I made it out of Portland! Sold my condo and closed my business a week after our 10 year anniversary.

In Los Angeles, police caught up with the lifelong criminal and homeless drifter whom they believe killed grad student Brianna Kupfer as she worked in a Hancock Park furniture store. Too bad they didn’t pick him up for any of the dozens of other crimes he’d committed in LA and around the country. Shawn Laval Smith, 31 years old, which is old enough to know better, was out on bail when cops say he committed the murder. It’s not like the cops didn’t know he was a bad seed. He has a rap sheet longer than a CVS receipt.

This guy was out on only $1,000 bond when he brutally murdered Brianna Kupfer in the middle of the day.

Liberal policies are 100% to blame for this. pic.twitter.com/q5WNouQezK

Elsewhere in Los Angeles, a motorcyclist evading police came to a messy end, which was caught on live TV as so many police chases are. Sadly, Shawn Laval Smith was not on the back end of this ride.

WARNING: The following video may be disturbing to some viewers.

WATCH: A police pursuit of a motorcycle driver came to a deadly end with a horrific crash at an intersection in West Hills. https://t.co/Te1I8e5hGG pic.twitter.com/iVaWMsU7sV

As if that isn’t horrible enough, now comes the news that those stories extolling the virtue of red wine have been, like most medical stories, highly overblown. Some outfit called the “World Heart Federation,” whatever that is, says there’s been no correlation between better health outcomes and wine. “To date, no reliable correlation has been found between moderate alcohol consumption and a lower risk of heart disease,” the Geneva-based outfit said on its website this week. The Federation also calls for government rationing of booze.

Shut up. No one asked you.

No amount of alcohol can help prevent heart disease 💔

Our new Policy Brief highlights the need for cost-effective interventions to reduce alcohol consumption and its consequences.

Now, enjoy some red wine with this Seattle sunset.

Till next time, don’t step in the poop.