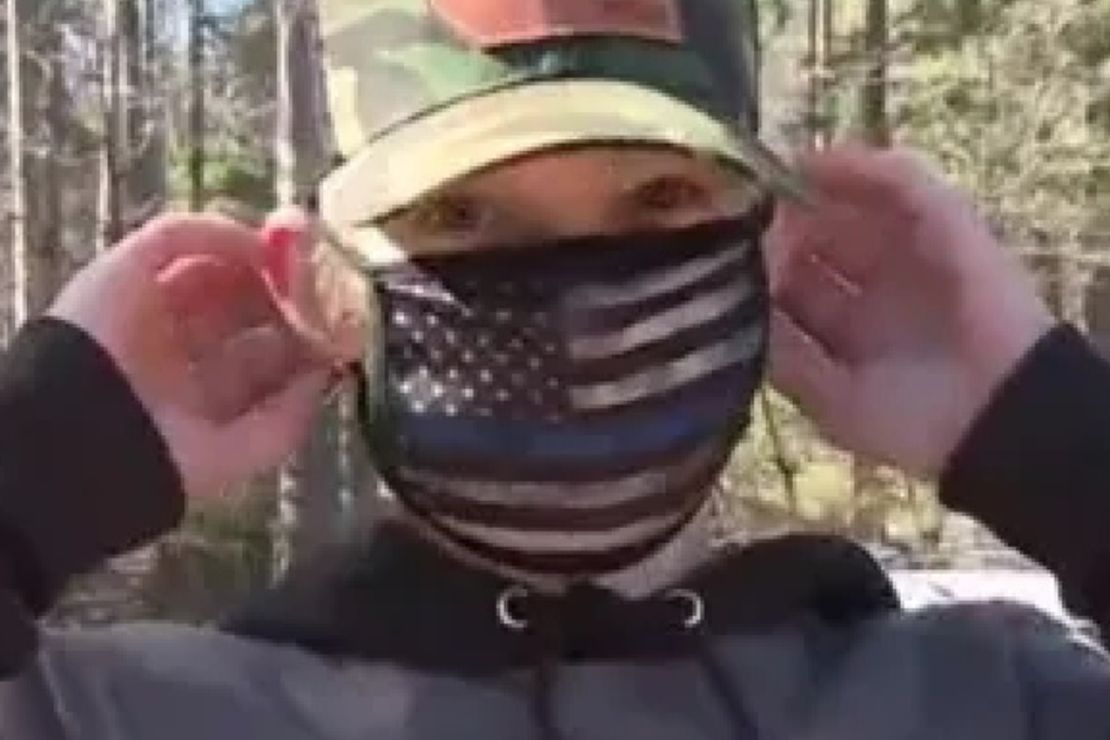 “I never had someone talk to me like that, yell at me in my face, especially a teacher,” 8th grader Lucas Lillar told Sacramento’s CBS 13 news.

Lillar, 13, alleges he was working in math class when a substitute teacher sat behind him and started verbally attacking him over his “Thin Blue Line” face mask.

“That’s not the American flag that’s the new confederacy flag,” the substitute teacher argued. Lillar, whose dad and stepmom are in law enforcement, fought back. You can see the video here. You’ll notice the teacher’s face has been blurred out.

Lillar’s mom said she was “mind-blown” and angry.

“I was extremely angry and heartbroken, that this, that he had to deal with it,” Amanda McCallum, Lillar’s mom, told the local CBS affiliate.

The pinkos at Sacramento’s CBS 13, who are part of the problem, added this to their report:

The “Thin Blue Line” flag, which resembles an American flag but has a blue stripe, is a sign of support for law enforcement but has also come to signal opposition to the racial justice movement and a symbol of white supremacy or support for the Blue Lives Matter cause.

Leftists can’t go a day without pushing the myth of “white supremacy.”

The Thin Blue Line flag is a  sign of respect to cops who have been killed in the line of duty. Lillar claims he wears it because he fears for his dad’s safety on the job.

The substitute teacher, who was not named, will reportedly not be returning to Lyman Gilmore Middle School, where Lillar is in the 8th grade.

“The California Education Code §44953 allows for the immediate dismissal of a substitute teacher,” Grass Valley School District Superintendent Andrew Withers declared. “Our district expects all educators to perform their duties with utmost respect and professionalism.

RELATED: Police Officers Attacked in Five States in the Last Week: What Gives?