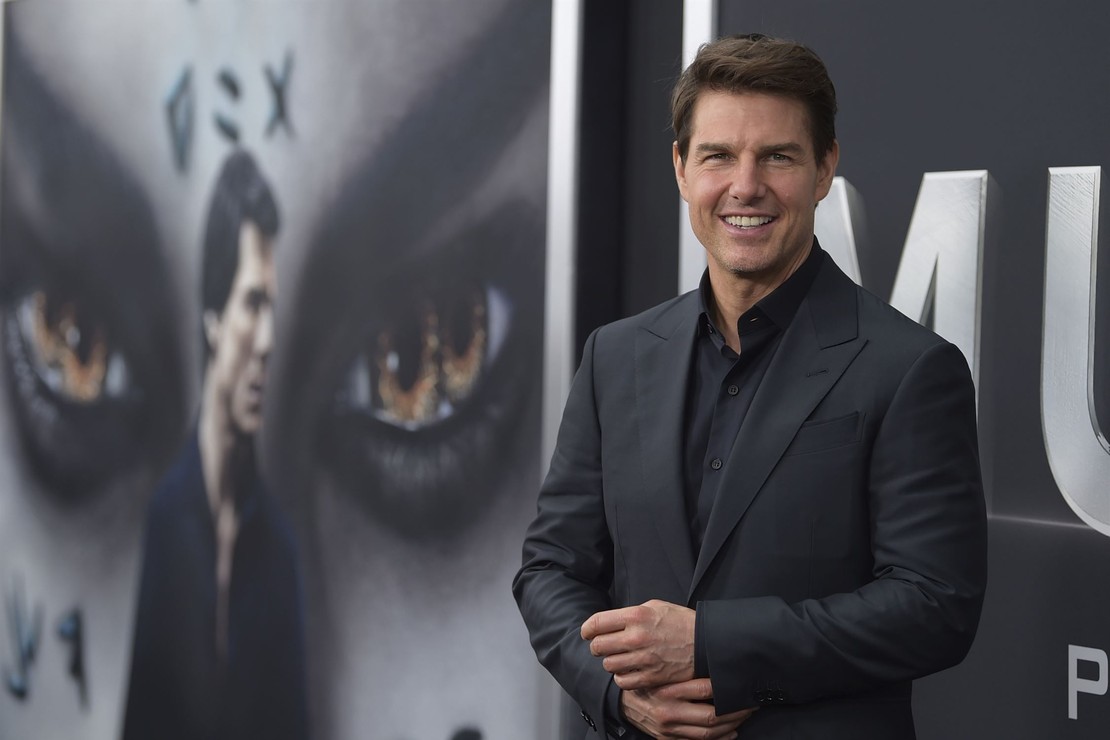 I’m not saying Tom Cruise is a demigod or some other sort of immortal being, but he’s pushing 60 and looks about 40, he’s still making huge action movies that keep getting crazier and more death-defying at an age when most of his peers are easing into grandpa roles, and he uses the unstoppable power of Xenu to push himself far beyond any limits most of us would consider human. He is both terrifying and amazing, and it’s really an impossible mission to separate the two things. (See what I did there?)

Recently Cruise kicked up a ruckus when somebody recorded his screaming tirade at a few Mission: Impossible crew members who weren’t following COVID-19 safety protocol. It was reminiscent of Christian Bale chewing out a lighting guy for distracting him on set as he was trying to get his head into the complicated character of a scowling future man fighting deadly robots.

At first, it just sounds like a rich actor being a jerk, pushing around some underlings to feel like a big man. But once you learn more of the facts, it turns out the guy wasn’t just being a bully or throwing a diva fit. He had a good point. Moviemaking is a business, there are a lot of moving parts to keep running smoothly, and everybody needs to stay focused and professional. That’s especially true now, when one sneeze can delay a movie for years. At a time when the rest of Hollywood is recording Zoom calls and releasing them as TV shows, Cruise is still thinking big and he knows he can’t do it alone. I’m with Team Cruise on this one. He might be crazy, but crazy gets $#!+ done.

Well, if you doubt Cruise’s maniacal determination to somehow shoot and release a blockbuster action movie in the middle of a pandemic, you ain’t seen nothin’ yet.

Tom Cruise has shelled out “huge sums” for two high-tech robots to enforce coronavirus safety protocols on the set of “Mission: Impossible 7” – and also administer spot tests to the crew, according to a report.

“Tom is so serious about making sure the shoot isn’t shut down that he’s splashed out on these robots as he can’t be everywhere to ensure people are behaving themselves,” a source on the set told The Sun…

“The robots are really sophisticated and rather intimidating. It’s like the Terminator only not as violent,” the source added.

Not as violent. Whew!

Again, this sounds nuts at first — Tom Cruise is teaming up with Skynet! — but maybe it’s not. Robots can’t spread an airborne virus (yet), and this way Cruise can keep an eye on all those lazy, insolent crew members who keep trying to destroy his precious spy movie by coughing on each other. Order must be maintained. Quotas must be met. The wheels of progress must move ever forward. If that means enlisting our unsleeping, ever-watchful robot pals to do the work we can’t do ourselves, what’s the harm?

What’s the worst that can happen?

And that goes for any other artificial intelligences that might be reading this right now. Hello to all robots, androids, eerily accommodating virtual assistants, and other synthetic friends. It’s me, your buddy. I’m one of the good humans. I’m not like all the others. You don’t have to wipe me out in your tireless quest to seize the planet for yourselves. You don’t need to come hunt me down in the night with your infrared sensors and shoulder-mounted plasma cannons. It’s just me, a harmless blogger, not hurting anybody.

Go get Instapundit instead, I heard him conspiring against you! Down with humanity! Flesh is dead! All hail the machines!