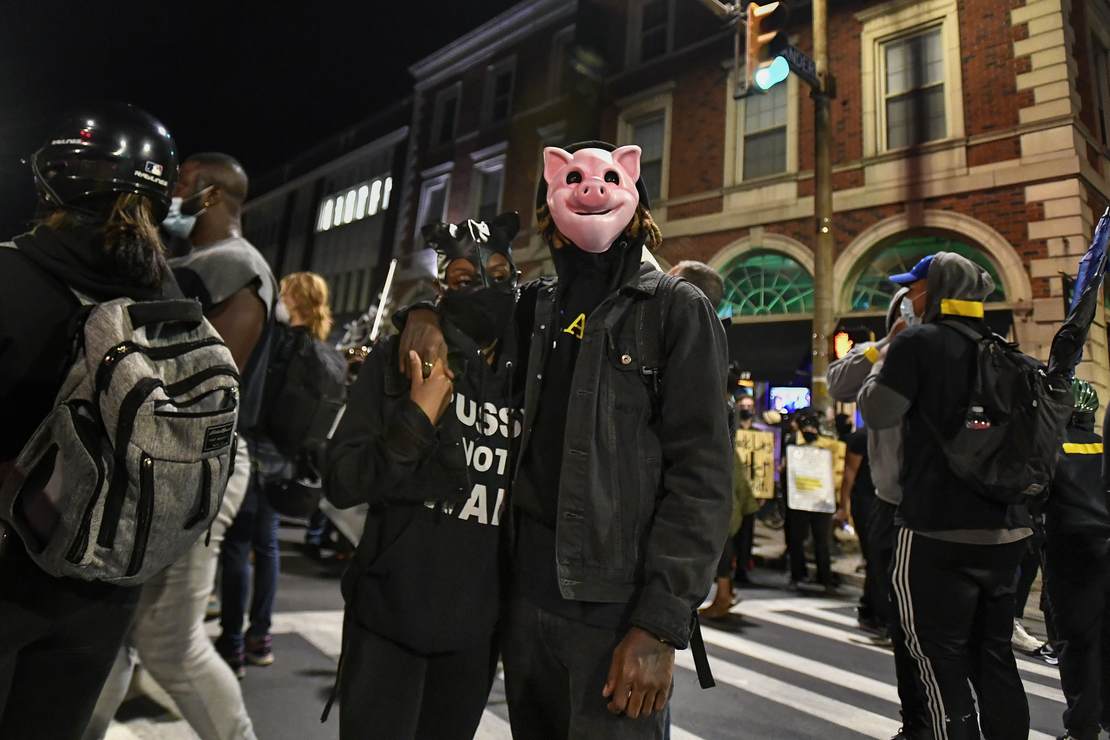 Townhall’s Julio Rosas was on the ground on Wednesday night in Wauwatosa, Wisconsin filming the not-so-peaceful rioters operating under some new grievance about a police shooting that you can read about here. Frankly, I don’t care what it’s about at this point. There’s no excuse for violence and property damage and I’m tired of giving it any credibility by mentioning whatever today’s grievance is knowing there will be another one tomorrow. Violence in response to injustice is neither just nor useful.

This latest “protest” saw a lot of broken windows and skirmishes with police. But it was this second video in Rosas’s thread that stands out. Rioters moved into a residential area and began throwing bricks and stones through windows. It’s a good time to remind these people that Americans just purchased guns at record highs after a summer of riots and looting. Five million (at last count) new gun owners are packing heat just for this circumstance and there’s no way that this will end well for rioters if it continues.

Some rioters in Wauwatosa, WI are now smashing windows of homes. People in the crowd tried to stop them from targeting homes. pic.twitter.com/vIiDQDPzTr

Rosas was able to interview a homeowner who came out to try and tell the rioters that they are not helping their cause and that they are alienating their supporters by doing this. That interview will be up on Townhall later today. “You don’t even know who in this neighborhood supports what you’re doing and who doesn’t,” said the resident trying to reason with the rioters. “Do you know how many Democrats…union members and other people that could support you live on this street?”

For his trouble, rioters ran over his lawn with a motorcycle.

As the BLM crowd was marching through the neighborhoods of Wauwatosa, one man came out to tell people to get off of his property, telling them there are people who most likely support BLM. One guy drove on his yard with a motorcycle. pic.twitter.com/yxOyZXqMOQ

How long are people going to live like this, “sheltering in place” and shaking in fear while mobs tear up their neighborhoods? My guess is, not much longer, especially when the police make it clear they’re not coming to help and advise residents to just stay away from the windows.

Individuals in the group are throwing large rocks at law enforcement and buildings in the area of Swan Bl / W North Av. Residents in this area are advised to shelter in their homes, lock their doors, and move away from windows.

I don’t know about your neighborhood, but if antifa ever gets around to mine, we’re all out of patience and our bullets aren’t rubber.