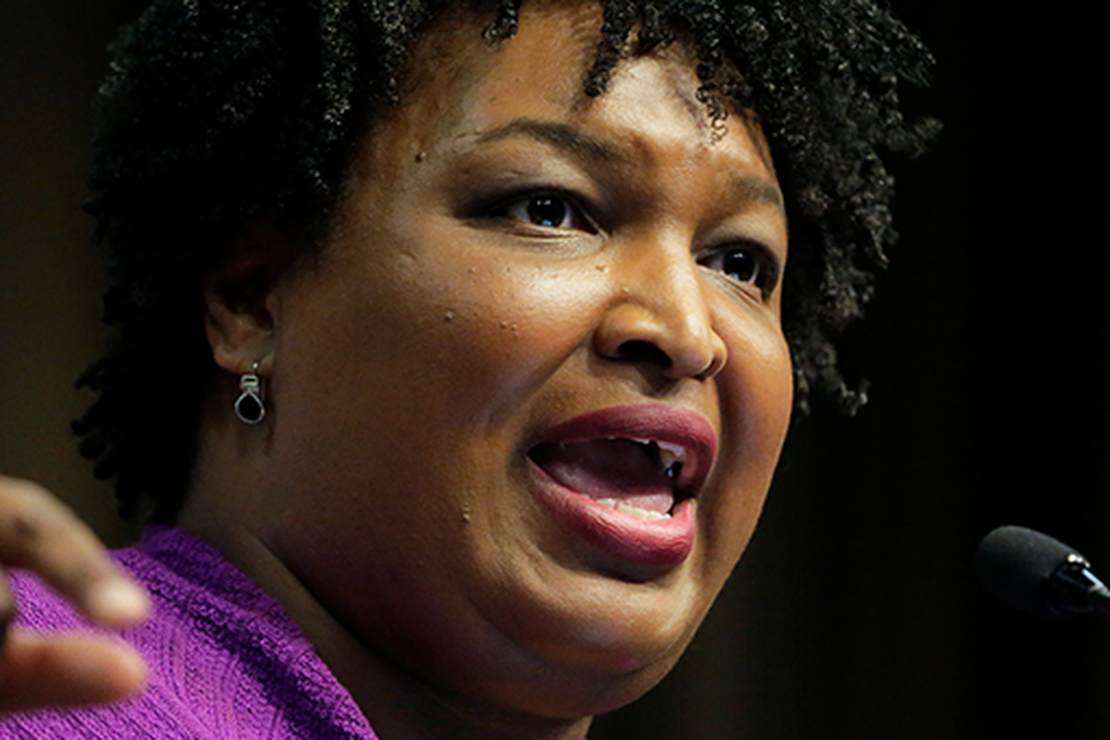 Stacey Abrams, who is once again running for governor of Georgia, has generated huge backlash after she shared a picture of her visiting Glenwood Elementary School in Decatur, Ga., in which she was surrounded by dozens of masked children while she sat and smiled in the front conspicuously maskless.

Stacey Abrams is mask-less while all the children around her suffer. This is child abuse. pic.twitter.com/48tX3PyKTI

Public schools in Decatur have a mask mandate, and Abrams proved herself to be a garden variety Democrat who believes that rules are for everyone else but her. Hence why Abrams is hardly the first Democrat to appear maskless during similar photo ops. For example, in November, First Lady Jill Biden was photographed maskless during a visit to an elementary school while the kids she was visiting were masked. California Gov. Gavin Newsom, New York Gov. Kathy Hochul, and Rep. Alexandria Ocasio-Cortez (D-N.Y.) are just a few other Democrats who have flouted mask mandates. But this photo could be more problematic for Abrams (who eventually deleted her tweet) because she’s running for governor in Georgia.

“Stacey Abrams wants state government mask mandates for Georgians and their children,” Georgia Gov. Brian Kemp tweeted. “But it looks like they wouldn’t apply when she’s attending a photo op.”