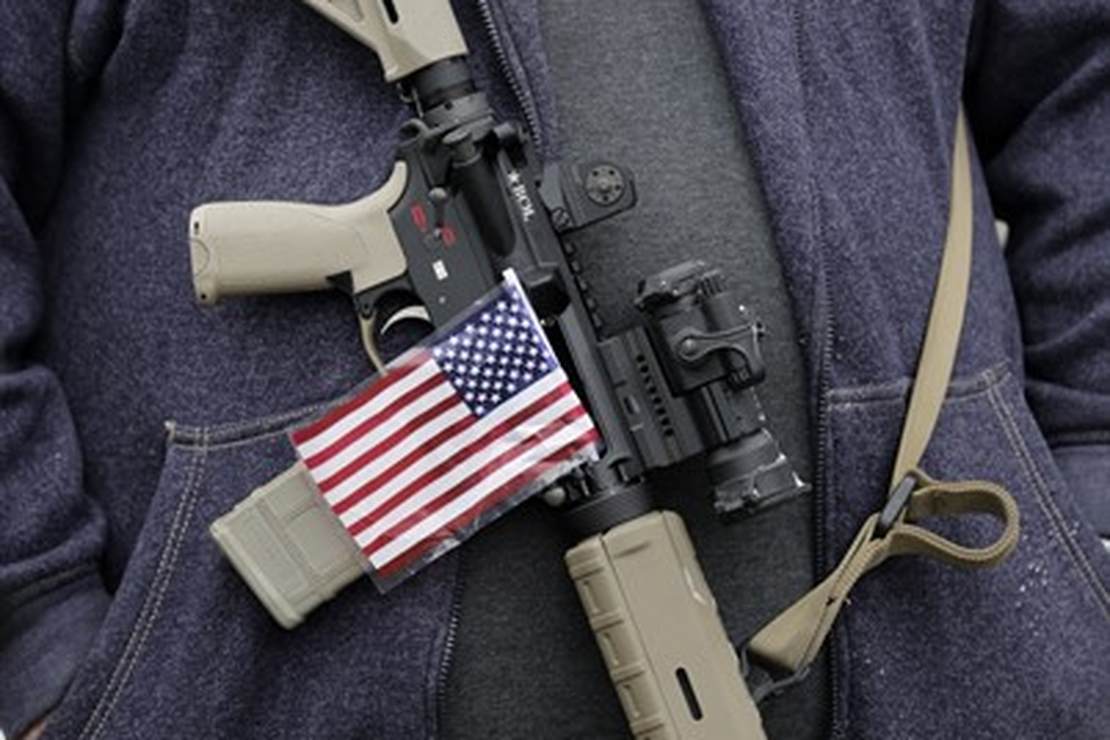 The Founding Fathers were geniuses. They knew that power and corruption go together like peanut butter whiskey and red wine (yes, it sounds repulsive but it’s delicious).

They also knew that tyranny sliming its way into the U.S. government was not only possible but likely.

A well regulated Militia, being necessary to the security of a free State, the right of the people to keep and bear Arms, shall not be infringed.

The word I want to focus on here is necessary. I believe communism is here now–and spreading. Soon we may not be able to vote our way out.

Some supposedly free nations, like Australia, have COVID camps. In Australia, you can get sent “camping” against your will if the authorities THINK you have come into contact with someone who tested positive for the Bat-soup flu. Even kids as young as 15 years old:

A police manhunt for three kids who climbed a fence to escape a COVID camp? Has SARS-2 suddenly mutated into Captain Trips?

What is going on in Australia? (The kids had tested negative, by the way.) https://t.co/NxArnK8d9n

If you think there can’t come a time in the U.S. when the feds snag your kids and send them to a camp against your wishes, I’d like to sell you my unicorn that farts gold dust.

Remember, no matter what your opinions on the January 6 protesters, they are now American political prisoners, being held in ghastly conditions because the Democrats’ Stasi decided citizens fighting with the police is only acceptable if you are BLM or a purple-haired sally-lad from Antifa. If you are fighting for election integrity (or attending a school board meeting), you’re a “domestic terrorist.” Agree or pay the price. That’s communism if I’ve ever seen it.

The double standards when it comes to BLM and Antifa vs. the January 6 protesters is nauseating. Yes, a few lefty anarchists have gone to jail, but by and large many have skated from justice. Roughly 50% of Antifa have had their charges dropped in the Portland battles alone.

Jacob Chansley, aka QAnon buffalo guy, was sentenced to 41 months in federal prison. He didn’t throw a punch; he wasn’t armed unless you count the “spear-tipped” flag pole he carried. Do the feds REALLY think Chansley tried to topple the government with a caveman’s weapon? Meanwhile, Mohamed Hussein Abdi admitted to torching a school and got probation. If you fight for the “right” side, you are bulletproof. Another obvious example of pinko madness here in the U.S.

This non-FBA dude burned down a Black high school.

Man who tried to burn Minnesota school during BLM riots gets probation https://t.co/jWIjbq2VkC via @nypost

But we aren’t here to talk about the obvious double standards of today’s government. We are discussing today’s historic need for the 2nd Amendment of the Constitution.

Ok, one more double-standard rant. Check out the shocking differences between January 6, the Antifa/BLM riots in honor of Saintly George Floyd, and the rampages that took place when Trump was inaugurated. Now tell me the feds aren’t in cahoots with BLM and Antifa.

If you read my articles, (AND YOU SHOULD), you know I rail against the commies fairly often. I don’t do it for clicks. I just call them as I see them. I not only see communism and tyranny “poking their heads” into our government, I see them successfully establishing their slimy tentacles in every aspect of the U.S. government. Whether it’s New York City’s former mayor Bill de Blasio or Michigan’s Governor Whitmer, communism has come to America. This is why we have the 2nd Amendment.

You can vote your way into communism or fascism, but you have to shoot your way out.

The commie pinkos are actually here. The good news is they are easy to identify. They are mostly always Democrats, but there are some RINOs that need a good probing as well. The better news is this: patriotic Americans know the value of the 2nd Amendment.

The 2nd Amendment is now more important than ever. Are you going to shrug your shoulders when the feds grab your kids and send them to a camp? Are you going to take every shot, sugar cube, and personal probing the Biden administration deems necessary? The communist is never satisfied. Those things will only be the beginning.

Speaking of commie nonsense, did you see that Obama was Mr. Crankypants over his third mansion? What happened to “wealth redistribution?” He only wanted to redistribute your money, not his. A classic Marxist move.

Let me be clear to the KGB, who I happen to know is reading this (and perhaps my text messages). I am not calling for an armed attack against our supposedly elected leaders. I am merely pointing out that our Founding Fathers were prescient enough to see the possibility of future tyranny taking control of our democratic republic, and thus gave us the 2nd Amendment to protect our Constitution. I’m just pointing out what should be obvious: the tyrants are here.