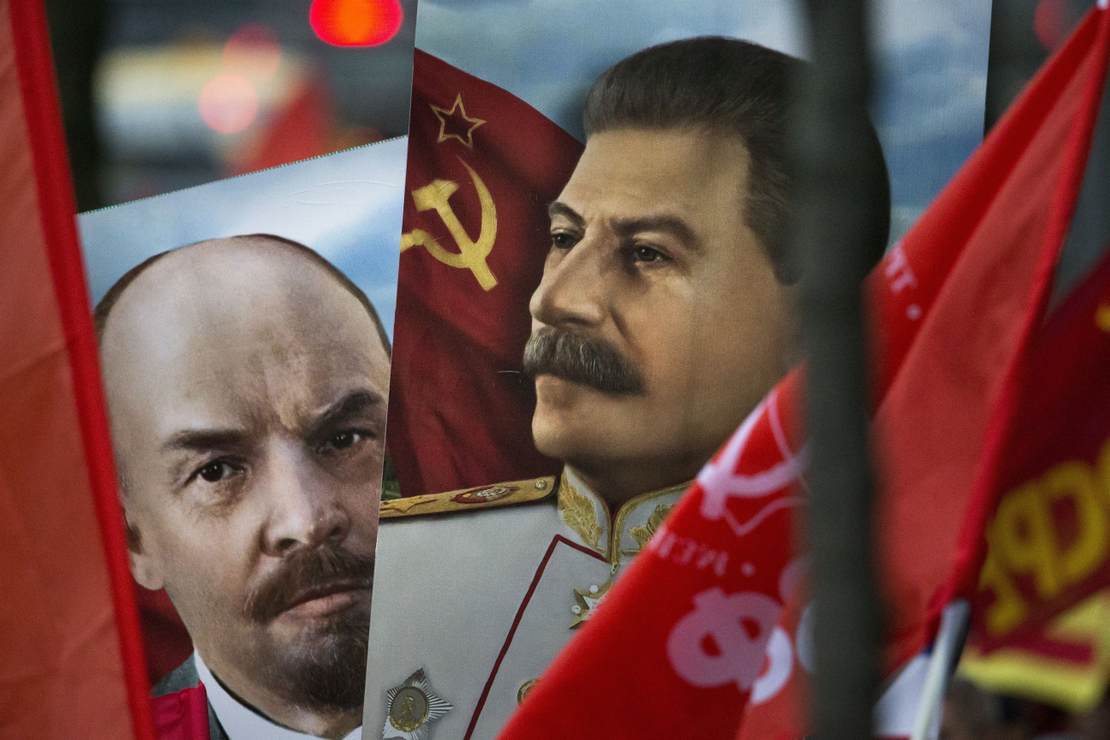 Happy Thursday, dear Kruiser Morning Briefing friends. The drunk accordionist in the corner would like to buy everyone a deviled egg.

Wednesday was really weird. Everything on me was itching. I mean, EVERYTHING. Yet nothing appeared to be wrong. Can one have an allergic reaction to political nonsense?

A local news station should investigate.

We are approaching the second anniversary of when the Democrats forged a strategic partnership with the coronavirus with the goal of wreaking havoc on an unsuspecting and — at that time — great nation.

Sadly, the partnership has been thriving.

Back in the Cold War days, American Democrats had a thinly veiled admiration for all things Soviet Union. In fact, the Democrats never thought ill of the Russians at all until the 2016 presidential election, when they needed someone to blame for the fact that their precious Granny Maojackets lost to Donald Trump.

While the Biden Democrats might dislike the modern Russians, they’ve no doubt spent years waxing nostalgic about the Soviet Union.

Looking about our beloved Republic these days, it looks a bit like the Democrats are redecorating some of it in retro-Soviet style.

Victoria wrote yesterday about something that all real Americans should find chilling:

The feds issued a new terror advisory this week that puts Americans who “mislead” others away from government-approved messages as a “threat actor” on par with terrorists.

That means “free speech” could cost you everything.

The threat assessment seems to complete the circle constructed by Democrats and law enforcement to criminalize wrong-thought and differences of opinion with government actors.

The assessment identifies “the proliferation of false or misleading narratives, which sow discord or undermine public trust in U.S. government institutions” as the measure by which “threat actors” are adjudged, according to the document. It cites “widespread online proliferation of false or misleading narratives regarding unsubstantiated widespread election fraud and COVID-19” as having a corrosive effect on government institutions leading to “violent extremist attacks during 2021.”

That’s right — the government that is now under the control of the political party that is run by pathological liars will be labeling what is and isn’t a false narrative, and dealing with accordingly. This is some frightening KGB-level dystopian stuff. When I first read the memo I had to go back over it a few times to make sure that I wasn’t misunderstanding it.

The unhinged lunatics who decided that parents are domestic terrorists if they show up at public school board meetings is now laying the groundwork to justify silencing all dissent.

Another Soviet throwback is the left’s constant chatter about making sure Trump can’t run for president again, which Robert wrote about yesterday. Dictatorships that are masquerading as democracies do whatever they can to prevent their biggest threat from having a legitimate chance to depose their leader. They also are fond of dog-and-pony show sham elections, which are the goal of the Democrats with their federal “voting rights” push.

Yes, everything is coming up Soviet in Joe Biden’s America right now. At this point, it wouldn’t be surprising if Biden grew a thick mustache and dyed it black.

What I wouldn’t give for a mean tweet right now.

DOLLY’S GIFT: Dolly Parton’s Dollywood Parks & Resorts has announced that it will pay tuition for all employees who pursue a higher education. @DavidMuir has the story. https://t.co/wIixdvC4aq pic.twitter.com/zo1vOZSc4l

VodkaPundit. He’s Fallen and He Can’t Get Up: Joe Biden Poll Average Slumps to Under 40 for the First Time

Uh-Oh: The Wokesters Are Not Going to Like What Adele Just Said

The Left Tries Again to Crush the McCloskeys

North Carolina Elections Board Says It Could Ban Rep. Madison Cawthorn From Running

White House Says No Plans to Evacuate Americans From Ukraine. What Could Go Wrong?

Schlichter. The GOP Must Adopt a ‘No Prisoners’ Agenda for 2023

Beto’s about-face on AR-15s: “I’m not interested in taking anything from anyone”

China’s Olympics Are Melting Like a Snowman Made of Sleet

Let’s hope it does! CNN Stokes ‘Fear’ That Freedom Convoy ‘Chaos’ Could Come to the US

EXCLUSIVE: School District Banned ‘Disruptive’ Dad From Campus After He Dared to Advocate for His Son Over Mask Mandate

Kamala will attend the Munich Security Conference … What could possibly go wrong?

Nah, he’s not that bright. The Hill wonders: Did Schumer learn a lesson from BBB, election-bill implosion?

‘Just can’t let it go’: Scene at WH for Biden meeting with CEOs looks like it’s spring of 2020 all over again

Democrats Now Trust the Politics, Not ‘The Science’ of COVID

Biden’s Payoff to Big Labor Will Hurt Everyone

Great art is supposed to be be ‘triggering’

Why Don’t Figure Skaters Get Dizzy?

Exclusive Offer To Joe Rogan From The Babylon Bee: You Can Make Up To $100 Million Selling Essential Oils From The Comfort Of Your Home https://t.co/RZq09QzwPo