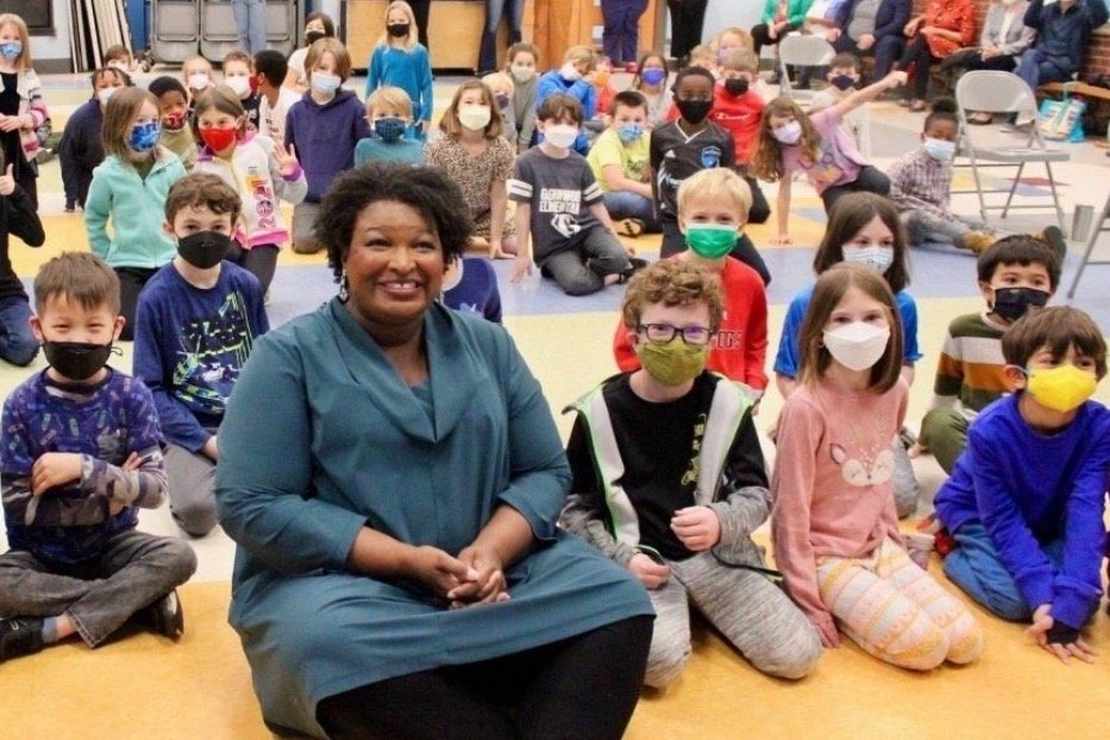 Stacey Abrams’ gubernatorial campaign responded to the backlash caused by the viral photo of her surrounded by masked children at Glennwood Elementary School in Decatur, Ga., while Abrams was conspicuously maskless.

The campaign accused Abrams’ critics of the photo of “using a Black History Month reading event” as the “impetus for a false political attack.”

The photo, which Stacey Abrams retweeted, was originally posted by Glennwood Elementary School principal Holly Brookins. After the uproar over the picture, Abrams deleted the retweet, and Brookins eventually deleted her Twitter account.

“It is shameful that our opponents are using a Black History Month reading event for Georgia children as the impetus for a false political attack, and it is pitiful and predictable that our opponents continue to look for opportunities to distract from their failed records when it comes to protecting public health during the pandemic,” the statement reads.

“One of Stacey’s opponents downplayed the virus while trading stock to profit off the pandemic after his private coronavirus briefings as a Senator,” the statement claimed. “Another of her opponents attacked mayors seeking to protect their citizens and has failed to expand access to Medicaid even as rural hospitals close.”

“This pathetic, transparent and silly attack is beneath anyone who claims he wants to lead Georgia,” the statement concluded.

Groh-Wargo insists that “Stacey trusts science and supports masking in schools as it’s the current CDC recommendation,” and claims that Abrams “wore a mask to the event, and removed it at the podium so she could be heard by students watching remotely and for photos, but only with folks who were masked.”

There is no podium visible in the photo.

If Abrams believes masks work and protect wearers from catching and spreading COVID, she would have worn her mask the entire time and not argued. Abrams only removed it out of convenience—which is a terrible explanation.

But the worst part is the way the campaign accuses critics of “using a Black History Month reading event” as the “impetus for a false political attack,” implying that anyone who called Abrams out for her hypocrisy is racist.

If Abrams believed she did nothing wrong, she wouldn’t have deleted the tweet. But, instead of apologizing for her hypocrisy, she is hiding behind accusations of racism.