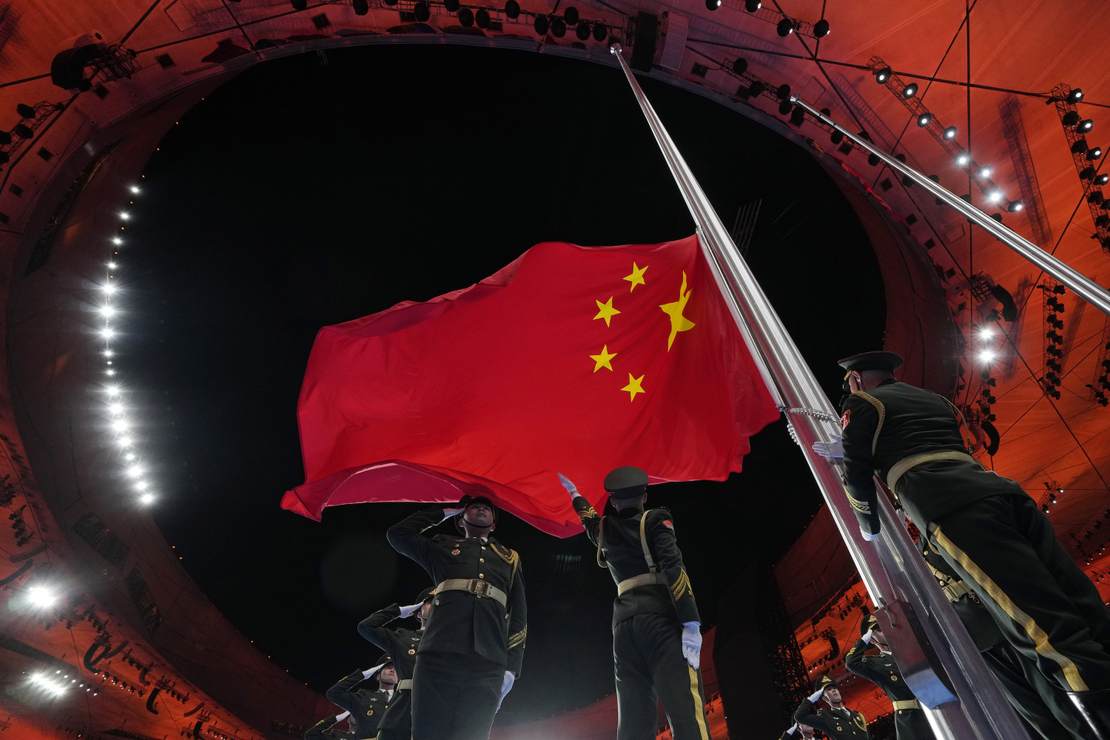 NBC was expecting a drop off in television viewership for the 2022 games in Beijing but probably nothing quite so catastrophic.

Although the 2018 games in Seoul, South Korea had similar time zone issues with primetime events in Korea occurring in the early morning for the United States, the pandemic and China’s attitude toward criticism have made the celebratory nature of the Olympic games a sham.

When the numbers came in from Thursday night’s opening ceremonies, more than one executive associated with spending $7.75 billion for the rights to broadcast this nauseating propaganda show must be updating their resume.

NBC is facing a cataclysmic loss of audience for the 2022 Winter Olympics as viewership tanked for Friday’s Opening Ceremony, averaging just 16 million.

It is a record low for the Opening Ceremony (20.1 million for 1988 in Calgary was the previous record) and a whopping 43 percent below the 2018 Games in South Korea that notched 28.3 million viewers despite also dealing with a less than advantageous Asian time zone for American audiences.

It comes on the heels of Thursday’s ratings disaster that saw just 7.7 million people tune in, dramatically below same-night audiences of 2018 (16 million) and 2014 from Russia (20.02 million).

That’s 16 million viewers is from across all platforms, including their streaming service Peacock Network. The television-only average audience was below 14 million for the day, said the network.

Ratings will almost certainly increase when some of the more popular sports like figure skating and Alpine skiing are on the menu. But it’s hard to escape the conclusion that disgust with China’s actions before and during the pandemic as well as their shoddy human rights record in Tibet and among their own people, the Uyghurs, must be contributing in no small way to the huge drop off in viewers.

In issues more directly related to the Games, China’s drastic anti-COVID measures have made life inside its “closed loop” a high-stress and near joyless experience for the athletes and a massive challenge for NBC.

Athletes have complained about the fear of positive tests, substandard conditions in unnecessary “isolation centers” and the need to guard against China hacking into their phones and computers to mine data and steal identities.

Friday’s Opening Ceremony from the famed Bird’s Nest in Beijing was scaled back (just over two hours) and rich with politics and propaganda, including a speech from International Olympic Committee (IOC) president Thomas Bach that might as well have been written by the Chinese Communist Party.

While the athletes are making their own fun inside the anti-COVID bubble, it’s still a deadening atmosphere for them.

And right now it subtracts into fewer and fewer viewers, who so far have too many other options than to tune into a passionless, fanless, overly political event from a country trying to use the Olympics to brush aside the horrors occurring inside its border.

“Passionless” is a perfect description of life in a Communist country. It’s what our own radical left is working for here, which is why they must be stopped whatever the cost.