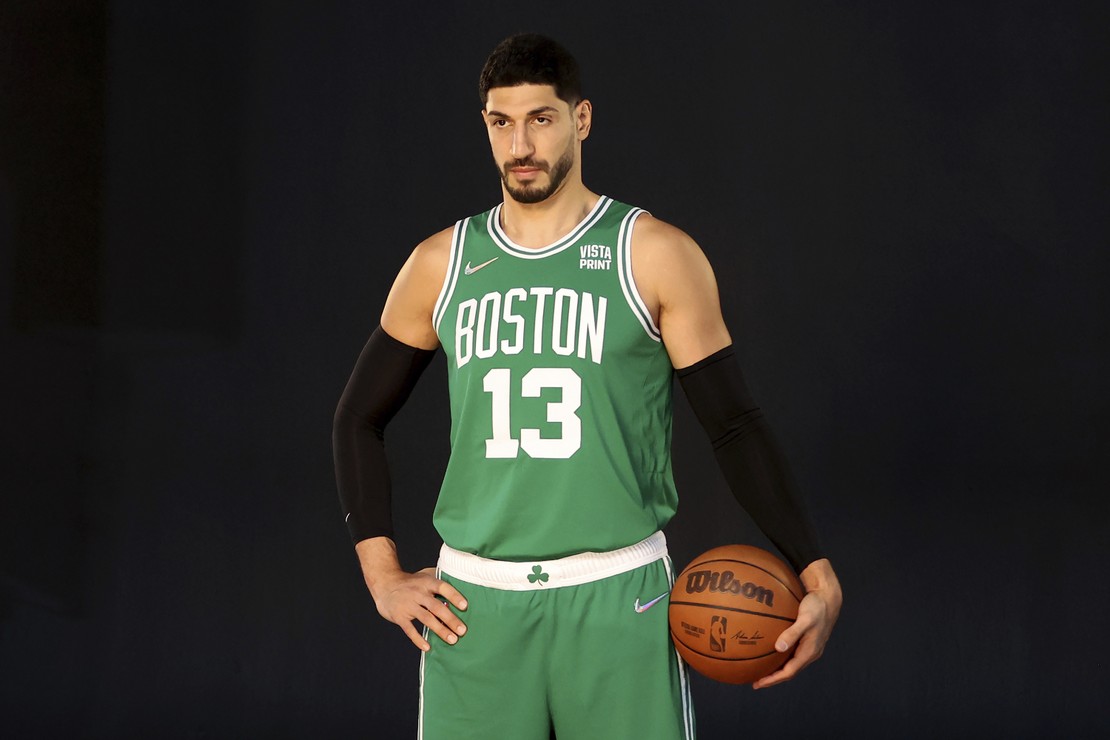 Outspoken NBA star and activist Enes Kanter Freedom has not been shy about his dislike of the communist government of China. Last week, Freedom tweeted his belief that the “Chinese Communist Party does not represent the Olympic core values of excellence, of respect, of friendship,” and therefore countries like the United States should boycott the 2022 Summer Olympics, which will be held in Beijing, China.

The International @Olympics Committee is in bed with the Chinese Government. They are complicit and echo the Cultish Chinese Communist Party’s propaganda.#NoBeijing2022 pic.twitter.com/DLkTN08aPT

A few days later the China state-affiliated twitter site China.org.cn tweeted an invitation to Freedom from retired Chinese NBA player Yao Ming. “If there is an opportunity, I would like to invite him to visit China,” said Ming. “Then he may have a more comprehensive understanding of us.” It is unclear whether Ming’s invitation was spontaneous or at the behest of the Chinese government.

#YaoMing on Monday invited Enes Kanter to visit China after the Boston Celtics player urged athletes to boycott the #BeijingWinterOlympics. “If there is an opportunity, I would like to invite him to visit China… Then he may have a more comprehensive understanding of us.” pic.twitter.com/Ds0Vt8c1es

A few days later, Freedom responded to and accepted Ming’s invitation — with a few conditions — in a brutally honest video. “Just yesterday I saw on the news that former NBA player Yao Ming invited me to China,” the video begins. Knowing how the left might twist his intentions, Freedom shrewdly makes it very clear from the outset that he has “nothing against Chinese people.” His issue is only with “the cultish Chinese Communist Party and the brutal dictator Xi Jinping.”

After thanking Ming for his “kind offer” to visit China, Freedom accepts his invitation “to come to China this summer and see everything with [his] own eyes,” with a few pointed caveats.

But on this trip, pic.twitter.com/Q6qufuhDPL

“On this trip will we be able to visit the Uyghur slave labor camps?” asks Freedom. “Or visit the innocent women being tortured, raped, and abused?” He wonders aloud if he and Ming will “get to see how the regime destroys bodies after harvesting their organs so there’s no evidence” or if they will simply be shown endless Chinese government-approved propaganda. Freedom has no interest in such propaganda.

Referring to the Tibet Autonomous Region in China, Freedom asks, “Can we see what the regime is doing to these beautiful people?” The “Tibetan peoples’ basic rights and freedoms are nonexistent,” he declares before challenging Ming to help him “show the world how [the] Chinese Communist Party is erasing Tibetan identity, religion, and culture” under its inhumane rule.

“On this trip can we please visit Hong Kong together?” suggests Freedom. “Hong Kong used to be one of the freest cities in the world, yet now the destruction of [the] free press, crackdowns on rights, and more arrests are happening each and every day.”

Next, Freedom suggests the two visit Taiwan together so Ming “can see how democracy is thriving” even as the Tawainese people “worry that China may invade any day.” In an ironic proposition, Freedom wants to “look at the happy faces of the Taiwanese people” as Ming tells them how the Communist government he supports “wants to kill them if they do not want to be a part of China.” That’s a meeting we’d all like to see.

“While I’m in China, will I get to see the tennis player Peng Shuai, who suspiciously went missing a few days after accusing former Vice Premier Zhang Gaoli of sexual assault?” he wonders. Even if he could speak to Shuai, would she be permitted to speak without constraint, or would her Chinese Communist handlers keep her from responding openly?

Lastly, Freedom speaks directly to Ming. “Listen, Yao Ming, you or your Communist Party cannot buy me. I do not need a luxury tour of China,” he says. “I want the world to see the real side of China under [the] cultish Chinese Communist Party’s brutal rule, [with] slave labor camps and millions living in fear because of inescapable government surveillance.” Freedom concludes the video, saying he will certainly buy his own ticket to China if Ming will agree to show him the real China of the Uyghurs, Tibet, Hong Kong, Taiwan, and Shuai.

Kudos to Enes Kanter Freedom for such a clear and clever response. It’s refreshing to see a high-profile celebrity refuse to bow to financial or social pressures and instead do and say what is right.  It’s a good bet Yao Ming and the Communists wish Freedom would quietly go away. As of publication time, Ming and the Chinese government have yet to respond.

Follow the latest on this story and more when you subscribe to PJ MEDIA VIP and use Promo Code FIGHTBACK for 25% off. Subscribe today to make sure you have all the conservative news you need and that the Big Tech censors don’t want you to see.