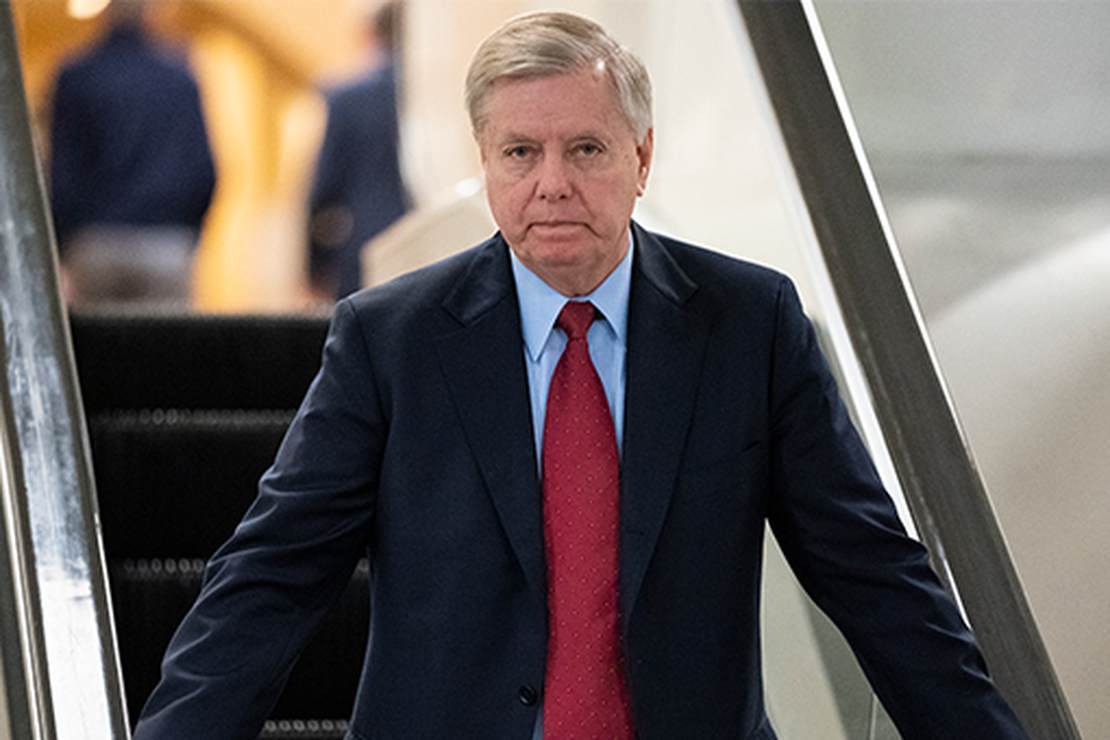 Calling the takeover of the Capitol by protesters on Wednesday “domestic terrorism,” Lindsey Graham held a press conference to address the lack of security at the Capitol and to chastise Democrats for not condemning and prosecuting the rioters who burned the country while protesting the death of George Floyd.

Graham called out the unequal application of the law for Black Lives Matter and antifa agitators who trashed cities and burned and looted businesses all summer long.

Graham also called for the identification and prosecution of every person who broke through security barriers on Capitol Hill. “Sedition may be a charge for some of these people,” said Graham, referring to the people who stormed the Capitol on Wednesday in protest of the certification of the 2020 election.

Unlike Democrats and some Republicans, like Adam Kinsinger, Graham says he does not see the need for invoking the 25th Amendment to remove Donald Trump from office and says that a peaceful transfer of power will happen on January 20.

On the objections based on a belief in voter fraud, Graham says the system worked the way it was supposed to. Those who objected were following sanctioned remedies to address those concerns but Graham said that the courts did their job and the Constitution was followed. “My job is not to overturn the Wisconsin supreme court,” said Graham. “The people on the campaign legal team have made allegations without proof.”

Graham also defended Vice President Mike Pence from the anger being directed at him by some Trump supporters. “The things he was asked to do in the name of loyalty were over the top, unconstitutional, and would have been illegal,” said Graham. “To those who would wish that the VP of the U.S. could send electoral votes back to the states…be careful what you wish for. Do you think one person should have that power? I just want every Republican to know that, in my view, limited government applies when you don’t like the outcome and it applies when you do like the outcome.”

Graham said he enjoyed his relationship with the president and listed many of his stunning accomplishments, including peace in the Middle East, border security, the appointment of judges, and more.

“The reason I’ve been close to the president is I think he has done tremendous things for the country,” said Graham. “I think the judges he has nominated have been outstanding… I believe what he did to destroy the caliphate was long overdue, it makes it safer.” Graham continued, “I think getting out of the Iran nuclear agreement has led the way to peace between the Arabs and Israelis I would never have imagined. He has brought order to the border… he listened to me, he took my advice about judges…he listened to me and actually changed his policies…it breaks my heart that my friend, a president of consequence, would allow yesterday to happen.”

Graham appeared to be sincere when he expressed regret about what happened. “It was a self-inflicted wound. It was going too far,” he said. “The next two weeks can begin to right the ship.” Graham continued, “I have absolutely no regrets for helping this president make us safer and more prosperous.”

Graham also chided the media and Democrats for never accepting the Trump presidency, accusing them of making it as difficult as possible for him to get anything done.

“The Trump presidency was never legitimate to the Democrats or to your industry,” he explained. Graham stood up to the media questioning his refusal to declare Biden the winner before legal challenges were completed by reminding them that they never asked Al Gore to declare George Bush the winner before his court process was over.

When media tried to pin him down on whether asking Vice President Pence to send electoral votes back to the states was illegal, Graham shut them down. “The fault lies with the legal advice around him…this idea of using the VP to use his powers to send back electors that were certified” doesn’t exist in the Constitution, he said.

Watch the whole conference below.