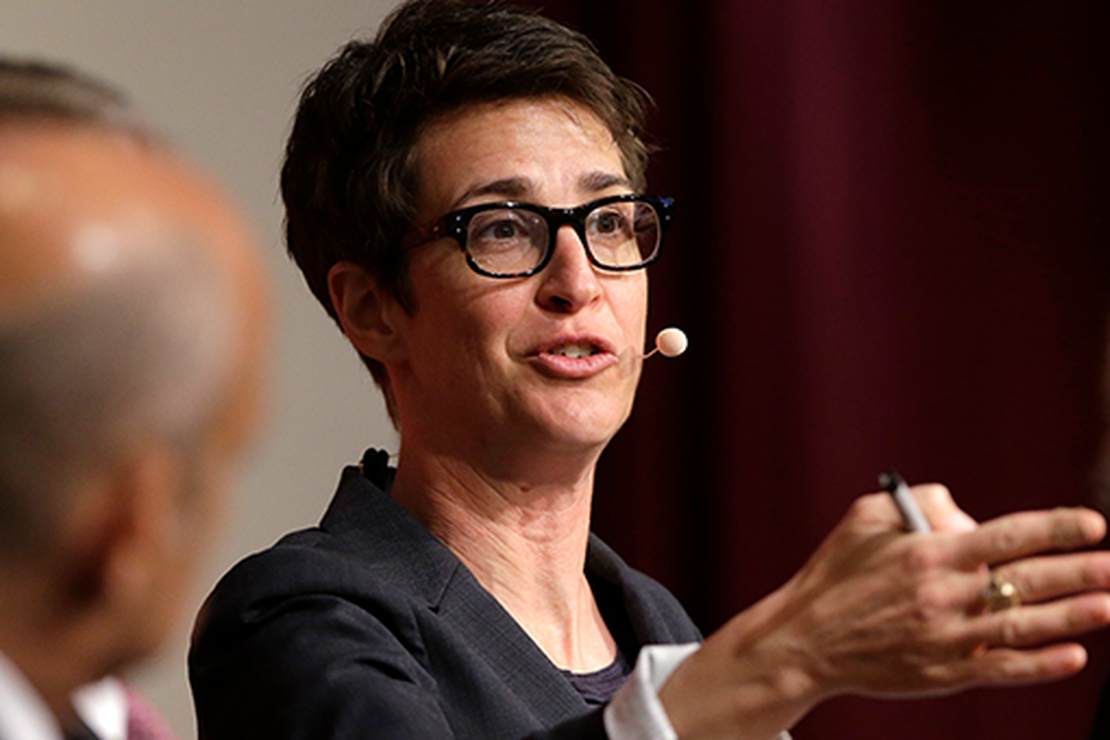 There, I said it. It’s what they want for us. I’m done praying for pinkos who want us dead. No more will I “meet them halfway.” They are the enemies of science and liberty. I hope Rachel Maddow steps on a Lego.

When it comes to the unvaxxed, the harpies on the left have turned their screech volume to 11 and are pumping up some weapons-grade hatred.

As Anne Quiner was battling Mercy Hospital in Coon Rapids, Minn., struggling to keep her husband alive, liberal miscreants were leaving horrific messages on her voicemail.

“He should have taken the vaccine. I hope he dies.”

Charming stuff from the “party of tolerance.” Quiner was attacked online as well.

“My family told me not to even go on to Twitter because I didn’t want to read what they were writing about me,” Quiner remarked.

Then her husband’s doctor had to get a dig in, too. While Quiner was fighting the hospital to keep her husband, Scott, on a ventilator, Dr. Linda Soucie said to her, “After three years, I think we’ve gotten pretty good at determining who’s going to make it and who’s not, and unfortunately Scott’s in that range of the group that is not going to make it.” Soucie needlessly added, “Unfortunately, if we could turn back time and he had gotten the vaccine, then he wouldn’t be here.”

Would she tell the spouse of a fatty, “Your wife should have taken a walk and had a salad once in a while. Kiss her chubby ass goodbye?” I doubt it.

Oddly, I also can’t find evidence of a white lib lashing out at a black, unvaxxed person in a hospital with COVID-19. Remember, the lefty narrative is that only drooling white goobers in MAGA hats don’t want the vaccine, when everyone paying attention knows black folks are the least likely to bend their knees and raise their sleeves.

Quiner recorded the conversation and posted it to YouTube, but of course, they took it down. The hospital called her later and told her that Scott would be removed from the ventilator at noon on the following Thursday. Quiner recorded that call, too, and it’s still up as of this writing.

Long story short, Quiner made it onto the Stew Peters Show. Thousands of angry listeners called the hospital. Scott was transferred to another hospital and he is still alive.

The spit-rage Quiner faced while fighting for her husband’s life isn’t rare.

Dr. Balbona claims he has used ivermectin and other medications to successfully treat “dozens and dozens” of COVID patients. He has also been involved in lawsuits against Florida’s Mayo Clinic. Despite his success, hate-filled reprobates come after him as well.

“You should be embarrassed to practice medicine, to sue the Mayo Clinic to get horse medicine to a human being, because of internet garbage,” one crazy-train bellowed into Balbona’s voicemail.

“Your license should be revoked, you worthless piece of garbage,” another animal declared in another voicemail. “You are killing people, not helping them, and to harass the Mayo Clinic, because you are not good enough to be their doctor is disgusting. Disgusting. You and doctors like you should all be banned from society. Shame on you. Disgusting. Goodbye and good riddance. I hope you get COVID. Goodbye.”

IRONY-O-RAMA! The Mayo Clinic was sued by a patient’s family. Balbona took over that case, and the 70-year-old male patient survived. The Mayo Clinic had given him only a 5% chance of survival. Maybe the Mayo Clinic should be the one getting nasty phone calls.

“It’s just the intolerance and hatred that takes me by surprise,” Dr. Balbona said, in regards to his office phones being “flooded by hate.”

Howard Stern recently had this to say about the unvaccinated: “Now if you don’t get it, in my America, all hospitals would be closed to you. You’re going to go home and die.”

It’s easy to see how stupid people can become so angry, especially when their leaders and the bootlickers in the media propagate lies and ridiculous judgments based on those lies.

Here, we see MSNBC’s favorite lizard-person telling people “your country needs you” to get vaccinated, even though hospitalizations among the vaccinated have been rising for months.

Remember when Maddow told the world that getting the vaccine meant the end of the pandemic? Good times! I wonder how many nasty voicemails she got after that colossal SNAFU. An article from Friday reports that almost half of Connecticut’s COVID hospitalizations have been vaccinated. So much for saving the country.

These Maddow videos would be easier to watch if she wasn’t exuding arrogance. She isn’t alone in her desire to vomit stupidity at a camera. Here is a clown car of lefties, including Fauci, Biden, Gates, and others, telling us that getting vaccinated means the end of the pandemic.

Or check out this jackpudding, still pimping the vaccine while admitting 33 of 36 COVID deaths were vaxxed:

Dr. Kerry Chant: 33 of the 36 deaths from #COVID had two #vaccine shots and 3 were #unvaccinated. She urges people to get their #BoosterDose#pandemic #VaccineDeaths #CovidVaccine pic.twitter.com/UJGdjdlRHA

What’s amazing is how lefties somehow “missed” when the CDC’s Rochelle Wallensky said the vaccine does not keep people from spreading COVID. So, why aren’t they repeating the message again and again that the vaccine WILL NOT keep people from catching and spreading the Bat Stew Flu? CHA-CHING! I’m guessing big pharma profits play a part in the decision to squelch the truth of what the vaccine will and will not do. Also, the commies like nothing more than power.

Is lefty hatred for the unvaccinated surprising? No. We can’t be shocked when the left screams, “You’re killing meemaw by not getting vaccinated!” Liberalism is a cult, and free thinking isn’t allowed. Facts are flushed if they are inconvenient. Liberals are just angry, hate-filled useful idiots.

Also, it’s hard to have a serious conversation with people who believe men can give birth.