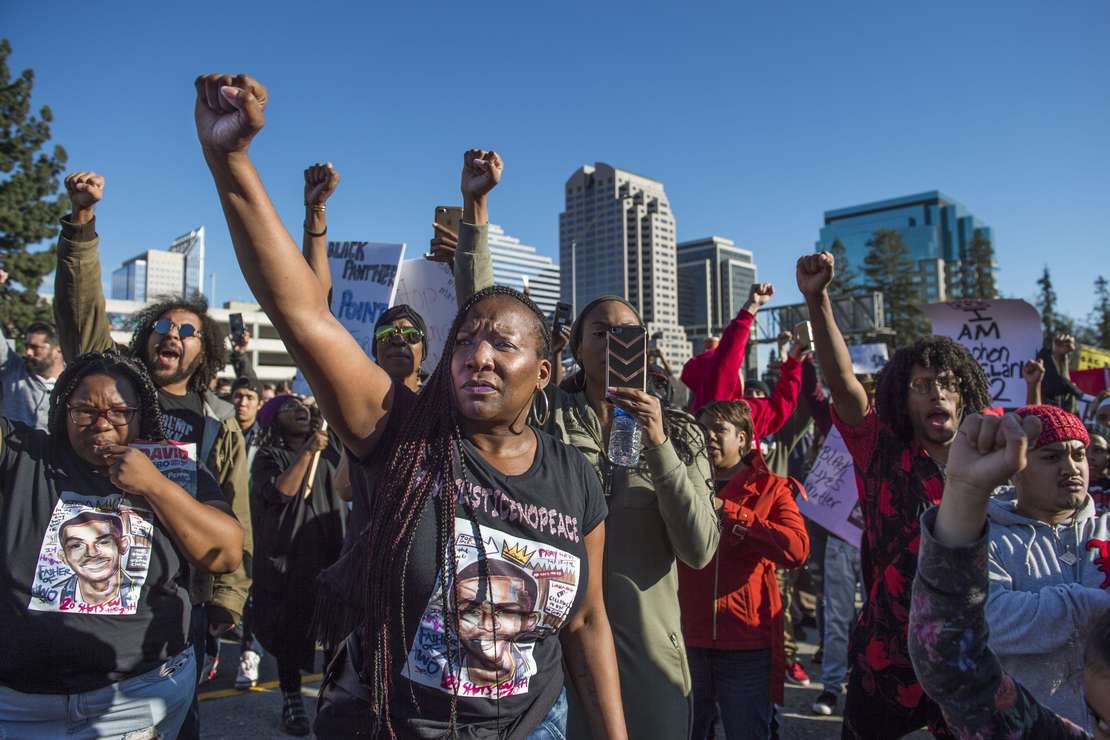 When a civilization decides it wants to destroy itself, it seems there is no stopping it. As Toynbee wisely said, civilizations do not die of murder but of suicide. It is in its way a perversely exhilarating spectacle: not many get to see in their lifetime a civilization coming to pieces before their very eyes, like a star going supernova. But it is also, and principally, a tragic spectacle, for this is the detritus we leave our children. In On the Eve of the Millennium: The Future of Democracy Through an Age of Unreason, Irish historian Conor Cruise O’Brien generously gives us until the third century of our millennium. He may be wrong. The momentum toward self-destruction proceeds slowly, gradually accumulating velocity until a moment arrives when the collapse appears to happen overnight. As John of Patmos warns in Revelation (18:10), “for in one hour is thy judgment come.”

The omens are all around us and are unmistakable. Nations institute crippling global warming policies, restricting travel and imposing crushing carbon levies, when all the signs indicate an impending period of global cooling. The Green crusade with its arsenal of wind turbines and solar arrays has devasted the reliable energy sector, promising exorbitant costs, power brownouts, and even colder winters. The woke and social-justice movements double down on their gender-fluidity compulsion that flies in the face of biological fact. The feminist psychosis is poisoning the relation between the sexes and destroying the family. The press has abdicated its function of reporting the news and become the propaganda arm of increasingly repressive governments. The education establishment from K-12 to postgraduate study has grown decadent, politically partisan, and likely unsalvageable. Medical fascism is on the march. The absurd and counter-productive pandemic mandates have led to soaring unemployment, school closures, the shuttering of businesses, excess deaths, social division, and devastated economies, turning everyday life into a deranged parody of itself. The daftness of these measures defies understanding.

In such times of general distress, societal upheaval, intellectual vacancy, worldwide plague, and widespread hysteria amounting to a kind of universal madness, one is tempted to turn again to the Book of Revelation with its lurid imagery and prophetic imprecation—even if one is not a believer. The fit between the ancient book and the contemporary scene is too close for comfort. Is a divine prophecy about to be fulfilled? One thinks also of the four beasts of the prophet Daniel’s vision (Book of Daniel 7:1-28), representing four mighty civilizations or empires: “they had their dominion taken away: yet their lives were prolonged for a season and time” (7:12). Civilizations rise and fall and are always at the mercy of the irruption of the bestial.

Indeed, as many have observed, the sculpture of a winged beast recently unveiled outside UN headquarters in New York, called “The Guardian of International Peace and Security,” bears a startling resemblance to the beast described in Revelation (13:1-3) and Daniel (7:4-5). Of course, winged theriomorphic statues are not unique and can be found in various cities around the world—Madrid, Venice, Prague—but the UN statue has the aura of the premonitory. Newsmax magazine reports on the surprising number of Americans who expect Christ’s return and examines the reasons why many believe the Second Coming is imminent. As they say, it’s in the air.

Or are we merely witnessing the mechanics of a natural process? Does the entropic principle in nature apply not only to the physical cosmos but to human civilization as well? Is entropy historical as well as cosmological? Does what occurs at the molar level translate to the molecular? Is a civilization only a human life writ large?

Such questions abound. What can explain this deadly accumulation of factors—“evils” some would call them—impinging in a perfect storm of destructive forces at a unique moment in history? They are, clearly, symptoms of a larger civilizational sickness. Have we simply grown weary of sustaining the elaborate and demanding social structure that we—or our predecessors, rather—have so laboriously built over the centuries? Have we grown too pampered and forgetful to assume the labor of self-preservation? Or is it that, in a protracted spasm of self-laceration, we have turned against a civilization—our own—that has spent too heavily for our sentimental tastes and attitudes in the necessary imperial work of exploration and colonization? Is it absolution we crave for our supposed “hegemonic” transgressions in a final, morally inevitable Götterdämmerung? Have we engaged in what Albert Camus in Resistance, Rebellion, and Death called a “policy of expiation” that can only mortgage our future?

There is a disturbing poem by the German poet Gottfried Benn, entitled Gesänge (“Songs”), written on the eve of World War I, which expresses this pivotal moment in the cultural life of a people when it feels itself overwhelmed by the struggle of existence and craves instead the palliative of ease, forgetfulness, and indifference, the surrendering of will and ego:

(O that we were our primal ancestors.

A little clump of slime in a warm moor.

Then life and death, insemination and birth

would glide out of our dumb lymph.)

The most damning explanation of all would be that we are facing what is irrevocable and foreordained, that we are casualties of inexorable historical forces that thinkers and historians like Polybius, Ibn Khaldun, Vico, Spengler, and Toynbee spelled out for us, each in his own way elaborating a cyclical theory of the rise and fall of civilizations. Spengler’s notion of historical “contemporaneity” involved not present contiguity among civilizations sharing the calendar but “corresponding phases” and “chronological parallels” over long tracts of time. In this sense we would be contemporary with late fourth century-early fifth century Rome, a civilization, as Spengler writes, “los[ing] its desire to be, and… wish[ing] itself out of the overlong daylight and back into the darkness…”

The momentous question that now confronts us is whether civilizational collapse, which cannot be halted, can nevertheless be delayed owing to the restoration of the faculty of reason in a significant minority of the population. Can a lucid remnant manage to rise above the censorship regimes of the digital platforms, intelligence agencies, health bureaucracies, and mob vigilantism? In short, can we learn to think again? As poet and author James Sales writes in the provocative essay How Dante Provokes Thinking, “unless we get serious about understanding what great thinking looks like—found in works by theologians, philosophers, writers, and poets—we as a civilization are going to fall. The falling will be into the stealth ideologies—equality [he means equity], diversity, woke-ism—all underpinned by a virulent form of Marxism, and the end of all true values as we know and love them.”

The crisis in which the West now finds itself is largely one of its own making and is rooted primarily in the false relation it has entered into with history. Its response to the tangled exigencies of the contemporary world is grounded in a willful and Procrustean tendency to mutilate and reconfigure the past in such a way as to oversimplify and deform the issues that confront and surround it. Many Americans, especially those associated with the Left—East coast intellectuals, West coast thespians, teachers’ unions, the University rabble, the Twitter pack, the Democrat leadership, not to mention the putatively non-aligned mainstream Churches—have reinterpreted moral bankruptcy and political short-sightedness as advanced social thinking and liberal high-mindedness. Such prodigies of cognitive stupefaction are obviously true of the West in general.

What Camus stigmatized as “the follies…to be found in the habits and functioning of our intellectual and political society” have borne their tainted fruit. A defunct education apparatus; race hucksterism; guilt for past faults that have been largely rectified; contempt for a literate, scientific and highly advanced civilization without rival in the historical ledger; and massive ignorance of unprecedented accomplishment in all the domains of thought and discovery are now the order of the day. As Sales wrote, “so many people have now lost the ability to think” that they fall in with the mindless memes of political correctness, intersectional feminism, social justice binaries, transgenderism, sexual depravity, trick science, rampant virtue-signalling, and unrelieved sensuality in place of analytic rigor.

The lesson we might have learned by this time is that our distorted view of Judeo-Christian civilization cannot serve as an image of the good, as an ideal that can mold beneficially both the present and the future, unless we also struggle faithfully to preserve the traditions of cultural coherence via a thorough and meticulous study of the annals and muniments of the past. As William Butler Yeats wrote in one of his greatest poems, Sailing to Byzantium:

Caught in that sensual music all neglect

The signs of cultural debasement and civilizational decline are everywhere to be seen across the entire cultural spectrum from small to large, from the stumbling hyphenation of the word “like” in ordinary speech to irresponsible gain-of-function research. The sorcerer’s apprentice is sweeping us out of house and home. If Benn and Spengler are right, and the Books of Revelation and Daniel are indeed prophetic, there is no saving a civilization that has surrendered its informing principles of intellectual vitality and belief in itself and that has lost the will to survive. Surely, if our knowledge of history—of who we are—and the inclination toward reason remain incomplete or defective, we can only expect to suffer what we have imprudently attempted to remake. Any hope of at least deferring the inevitable resides in the efforts of a brave and enlightened cultural residue, currently under prolonged and unappeasable attack by the befuddled heirs of a sustaining yet despised civilization.

(36)
$21.01 scription% (as of May 22, 2022 16:54 GMT -05:00 - More infoProduct prices and availability are accurate as of the date/time indicated and are subject to change. Any price and availability information displayed on [relevant Amazon Site(s), as applicable] at the time of purchase will apply to the purchase of this product.)

(85)
$24.99 scription% (as of May 22, 2022 16:54 GMT -05:00 - More infoProduct prices and availability are accurate as of the date/time indicated and are subject to change. Any price and availability information displayed on [relevant Amazon Site(s), as applicable] at the time of purchase will apply to the purchase of this product.)

(10132)
$59.99 scription% (as of May 22, 2022 16:54 GMT -05:00 - More infoProduct prices and availability are accurate as of the date/time indicated and are subject to change. Any price and availability information displayed on [relevant Amazon Site(s), as applicable] at the time of purchase will apply to the purchase of this product.)

(11013)
$4.90 scription% (as of May 22, 2022 16:54 GMT -05:00 - More infoProduct prices and availability are accurate as of the date/time indicated and are subject to change. Any price and availability information displayed on [relevant Amazon Site(s), as applicable] at the time of purchase will apply to the purchase of this product.)

(3246)
$6.50 scription% (as of May 22, 2022 16:54 GMT -05:00 - More infoProduct prices and availability are accurate as of the date/time indicated and are subject to change. Any price and availability information displayed on [relevant Amazon Site(s), as applicable] at the time of purchase will apply to the purchase of this product.)

(9)
$24.99 scription% (as of May 22, 2022 16:54 GMT -05:00 - More infoProduct prices and availability are accurate as of the date/time indicated and are subject to change. Any price and availability information displayed on [relevant Amazon Site(s), as applicable] at the time of purchase will apply to the purchase of this product.)

(20)
$389.99 scription% (as of May 22, 2022 16:57 GMT -05:00 - More infoProduct prices and availability are accurate as of the date/time indicated and are subject to change. Any price and availability information displayed on [relevant Amazon Site(s), as applicable] at the time of purchase will apply to the purchase of this product.)

(43062)
$6.35 scription% (as of May 22, 2022 16:54 GMT -05:00 - More infoProduct prices and availability are accurate as of the date/time indicated and are subject to change. Any price and availability information displayed on [relevant Amazon Site(s), as applicable] at the time of purchase will apply to the purchase of this product.)