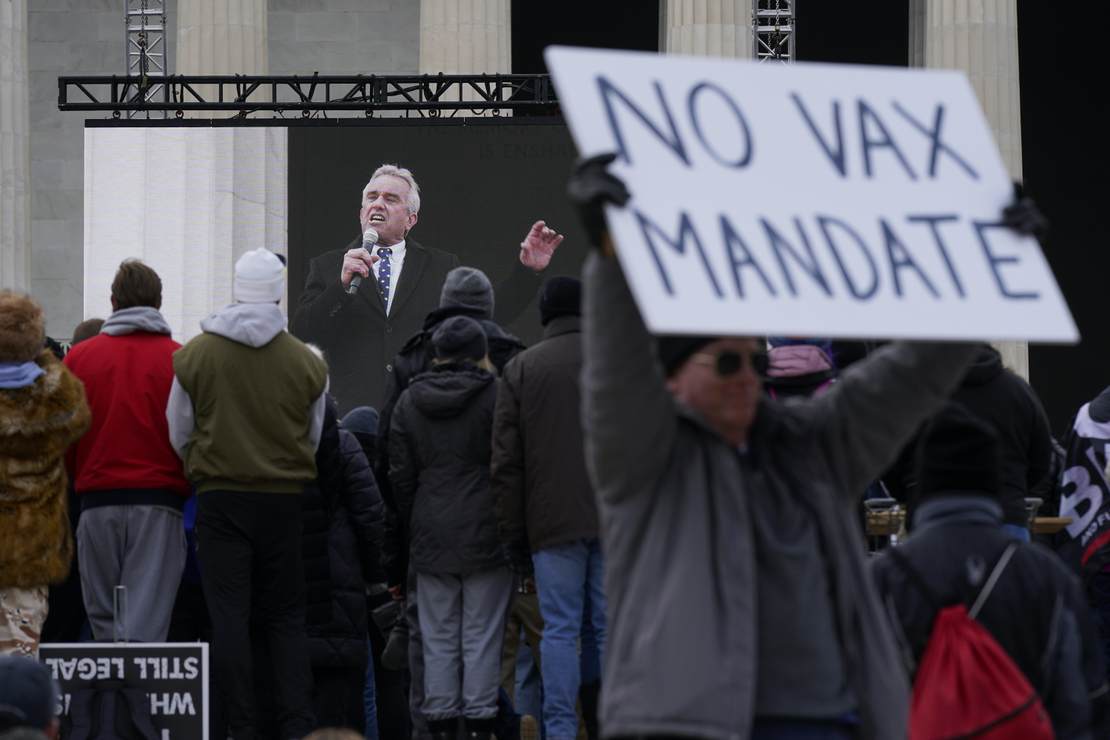 Robert Kennedy Jr. has recently been taken to task in the media and by many Jewish organizations for supposedly comparing the Holocaust to the current events involving personal rights violations. If he had indeed said that, it would have demonstrated a lack of awareness about the horrors of the Holocaust, the single worst example of hatred and evil by a government in human history.

Unlike Democrats like AOC, who specifically compared the border detainment facilities for illegal aliens to concentration camps, Kennedy never even brought up the Holocaust or its horrors.  Whereas Reps. Omar and Tlaib co-sponsored a clearly anti-Semitic bill that places a moral equivalency between Israel and both the Soviet Union and Nazi Germany’s Holocaust, Kennedy did not equate the uniquely evil events of the Holocaust with anything in today’s world.

So what is all the hullabaloo about and why is Kennedy being so castigated in the public forum?

Kennedy is a student of history, and his bachelor’s degree from Harvard is actually in American history and literature. As such, he sees political and cultural patterns in an historical perspective, and it is from this understanding that he made the remark that has been so taken out context.

The first thing to realize is that there is a difference between the Holocaust per se and Nazi Germany as a national government. Nazi Germany was an oppressive political regime whose evil practices resulted in the Holocaust. Not all oppressive governments end up with a Holocaust-type event (thank God), and there is a qualitative difference between the foundational organization and the ultimate results of the beliefs of that organization. This is a primary understanding that every historian, including Kennedy, knows.

Nazi Germany made authoritarian demands that separated and degraded segments of the population. As this happened in the 1930s, Jews and others went into hiding and/or escaped from the Nazi regime, often by fleeing through Spain or Switzerland. The most famous examples of hiding or fleeing are the Von Trapp family (the basis of The Sound of Music) and Anne Frank, who wrote her famous diary about her time in hiding from the Nazis in a “secret annex”.

While the Von Trapps ultimately escaped to America, Anne Frank ended up being caught by the Nazis and dying in Bergen-Belsen.  But her fame is due to her ability to successfully hide from the Nazis for two years, and her understandings about that time as expressed through her diary.

It was this ability to hide that Kennedy was specifically referring to in his recent speech. He clearly states, “Even in Hitler’s Germany you could cross the Alps into Switzerland.  You could hide in an attic like Anne Frank did.” Kennedy goes on to speak about how because of technology, we now have challenges that will prevent anyone from fleeing or hiding from an authoritarian regime.

Nowhere does he reference the death camps or horrors of the Holocaust.

Kennedy’s comparison to the current state of affairs, where personal liberties are being lost and where privacy is being destroyed, is valid. And there is a truth to the fact that the ability to flee or hide if you want to avoid a government’s edicts and mandates is even more difficult in some ways than it was in Nazi Germany.  But that is extremely different than making a comparison to the Holocaust, which included such infamous names as Auschwitz, Dachau, Treblinka, and Babi-Yar.

So why is there such a media frenzy of attack on Kennedy? Could it be because of his vocal attacks on the establishment regarding vaccinations, required papers, and the media’s collusion with the Biden administration? Maybe it’s because of the success of his most recent bestselling book about Anthony Fauci? Whatever the reason, the attacks are unwarranted as his speech expressed a valid opinion about any government’s authoritarian actions, and how technology has advanced in ways that make hiding or fleeing from a nation’s imperious actions significantly more challenging now than 80 years ago.

Before unjustly castigating Kennedy for something he did not say, the media needs to be more intellectually honest and condemn those people like Omar, Tlaib, and Ocasio-Cortez for their actual acts of comparing modern events to the Holocaust. There has never been a man in human history as evil as Hitler, who desired the final solution of the eradication of Jews, Gypsies, and other minorities.  Yet Democratic leadership (including House Whip Clyburn, Jerry Nadler, Michigan Attorney General Dana Nessel, Georgia Congressman Hank Johnson among others) repeatedly has compared President Trump to Hitler, and even Joe Biden directly compared Trump to Joseph Goebbels, the Nazi propagandist and one of the architects of the Holocaust.

Should we ever compare anything to the horrors of the Holocaust and the evil leaders of that stain in human history? The unequivocal answer is no. Is it appropriate to compare the patterns of one government, in this case Nazi Germany, with modern situations?  If there is truth to the comparison, which there clearly is in the aspects that Kennedy was referencing; then we must make the comparison so that we never have a repetition of the outcome.

More importantly, we need to all expose and reject any leader’s comparison of anyone with Adolf Hitler, and never allow anyone to compare the evils of the death camps and persecutions with the challenges we face today.

May we all call out true evil in every circumstance, and never allow others to minimize the evils of the Holocaust through comparisons for political gain.