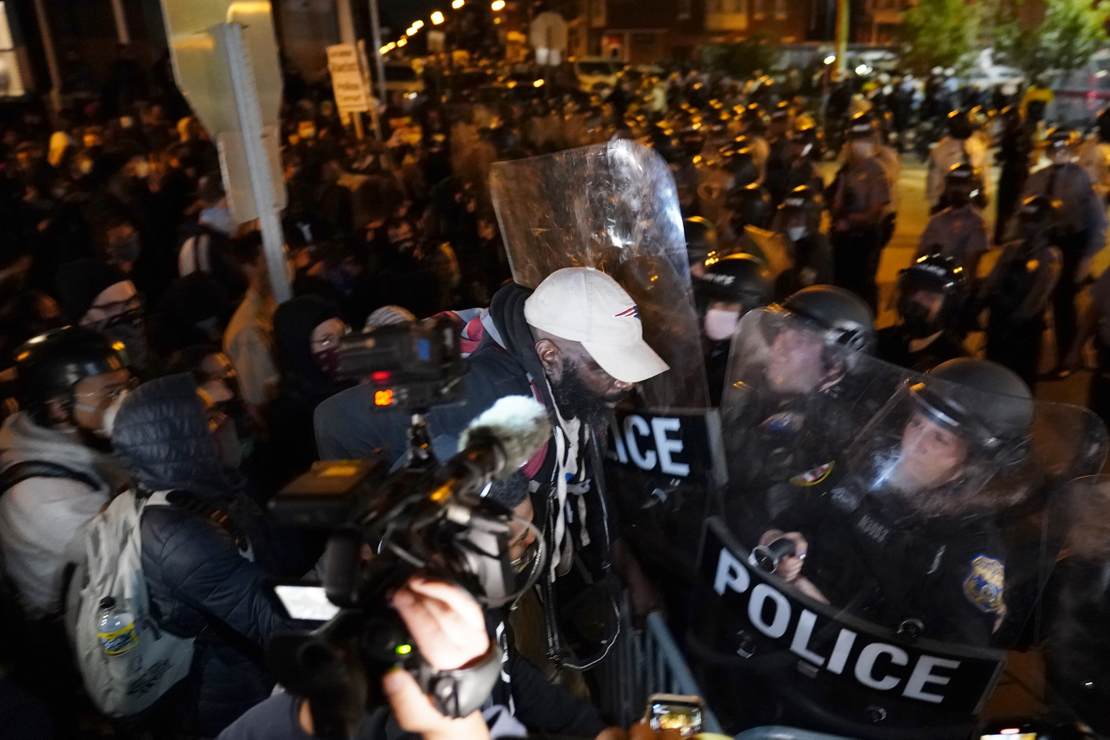 We are falling back into history, by which I don’t mean the history of the West or of any particular nation but the history of the political world and human settlements from time immemorial, that is, for as long as we have records, monuments, artifacts, cave art, primitive tools and other memorabilia. (I use the term “history” to incorporate what we call “prehistory,” which is pre-literary but discoverable.) Whether we consider Thomas Hobbes’ description of the state of nature as “solitary, poor, nasty, brutish and short” or the erection of a harshly authoritarian governing Leviathan to ensure self-preservation, the picture is one of endemic inequality, poverty, famine, perpetual conflict, and despotic control of a laboring and subject population.

This is the default position of human life across the millennia, the rope bridge across the historical abyss that civilizations perilously negotiate. The complexities of civilization, however, do not assure general human flourishing. Only the slow and painful emergence of the democratic state has succeeded in lifting vast populations out of misery, destitution, stagnation, and unaccountable, coercive authority.

David Stasavage’s magisterial study The Decline and Rise of Democracy furnishes a comprehensive account of the concept, practice, and history of democracy from its early origins in 6th century Athens to the present day, relying on a minimalist definition of democracy as “based on the presence of competitive elections with a broad suffrage in which incumbent parties stand a chance of losing.” Modern democracy began in the Anglo-American sphere and spread to Europe and certain post-colonial nations in several installments. In an earlier volume, The Third Wave, political philosopher Samuel Huntington provided an assessment of the development of democracy in the modern age, which according to his calculation evolved in three waves dating from the 19th century, post WW II, and the Iberian Peninsula during the 1970s (the Portuguese Carnation Revolution), leading to the establishment of consensual governments.

Naturally, as Huntington observes, “serious problems of ambiguity and imprecision arise [in establishing] a procedural definition”; he settles on contemporary democracy as a system predicated on “civil and political freedoms…necessary to political debate and the conduct of electoral campaigns.” Obviously, the nature of democracy has taken on different characteristics in different parts of the world over time, but as Stasavage shows, certain elements remain constant: the concept of the citizen, the impermanent holding of power by elected representatives responsible to the people, a constitution based on ownership of property and freedom of speech, assembly and worship, and the elimination of inheritance or pedigree as a prerequisite for filling government positions.

No doubt this noble system is, as Hamlet says, “a custom more honor’d in the breach than the observance.” Nonetheless, modern democracy, which first took shape in England and America, has for all its faults and blemishes provided the most stable and lawful form of governance compared to every other political system—until the present moment with its perceptible shift toward oligarchic custody. “We need to remember,” Stasavage concludes, that democracy will not perform well “if the 5,000 dominate over the 5,000,000.”

Also read: Playbook 2022 and Beyond: Take No Prisoners

Things are not looking good. It is common knowledge that the institution of democracy is now under sustained attack by the Gramscian Left, which, as Mark Levin scrupulously documents in American Marxism, “threatens to destroy the greatest nation ever established…and impose autocratic rule.” The transformation of our schools and universities into re-education camps and indoctrination centers has led to the imminent eclipse of the political and cultural project of the democratic West. Following hard on the education travesty, the Sovietization of the press and the Internet is now a fact of American and Western life struggling under the weight of censorship and “canceling.” The lack of fiscal restraint—the insensate printing of fiat money, the annual raising of the debt ceiling, out-of-control inflation—are undermining the economic foundations of viable democracies. The stoking of racial distrust and hatred via Critical Race Theory, the false disciplines of gender ideology, and the theory of manmade global warming “all have the goal of dismantling the United States as a free society,” warns investigative journalist Alex Newman. And not only the United States. In the words of Robert F. Kennedy Jr., “This is a global coup d’état against liberal democracies across the planet.”

Moreover, the draconian repression of civil liberties, engineered by the powerful proponents of COVID-policy mandates as part of what is called the New World Order or the “Great Reset,” promises a totalitarian re-organization of the historically brief democratic experiment and the possible end of individual freedom as we have known it. As its leading apostle and executive director of the World Economic Forum Klaus Schwab writes in COVID-19: The Great Reset, “The pandemic represents a rare but narrow window of opportunity to reflect, reimagine, and reset our world.”

One recalls the WEF’s now-deleted tweet: “You’ll own nothing and you’ll be happy,” the true slogan of the COVID industry. Its agenda is propelled by what mRNA inventor and skeptic Dr. Robert Malone calls “mass formation psychosis,” a society or a nation flailing in a state of “free-floating anxiety” and mass hysteria, rendered timorous and pliable, prone to “systematic grooming” or fear addiction. In effect, what the Great Reset proposes is a multipolar strategy reshaping the world order such that America will be replaced by a consortium of competing nations, including China, Russia and the BRICS. It envisions the emergence of oligarchic rule over a disenfranchised population of social “units.”

Ironically, the war on communal history, on founding principles and national identity, is the means by which the nation is driven out of its proper history and back into history itself, that is, back into the favelas of the centuries. It is happening as we speak. American Civilization is Western Civilization in microcosm, its last outpost, its Alamo. It is not doing well. As Victor Davis Hanson writes, “The last two years have seen an unprecedented escalation in a decades-long war on the American past,” and concludes: “Never in history has such a mediocre, but self-important and ungracious generation owed so much, and yet expressed so little gratitude, to its now dead forebears.” The descent into confusion, nihilism, and intellectual frivolity may be historically inevitable, but it is also voluntary, self-imposed in a paradoxical confluence of determinism and free will. Poet W.H. Auden put it well. In his Introduction to Charles Williams’ The Descent of the Dove, he remarked, “Nobody is ever sent to hell; he or she insists on going there.”

How things have changed in so short a time. One fondly recalls Newt Gingrich’s 1994 Contract with America, which featured tax cuts, balanced budgets, Social Security reform, smaller government, term limits, and crime reduction measures reaching to the core of the Republican experiment in countering a permissive, neopagan, bed-and-circuses age. It was an essentially conservative program, promoting and preserving what celebrated conservative philosopher Russell Kirk, following his mentor and biographical subject poet T.S. Eliot, called “the permanent things”: individual rights and responsibilities, equality of opportunity (rather than equality of outcome, or equity), private property (“freedom and property are closely linked”), tradition, natural and divine law, and a cohesive belief in a transcendent order. Kirk strove to reconcile the claims of Permanence and the claims of Progress; the latter should be temperate and cautiously managed. As he argues in The Politics of Prudence, dismissing the claims of Permanence would lead to where we seem to be today, a society devoid of reasoned order, moral stability and political coherence.

These are the principles by which a democracy survives and prospers. It needs a reasonably educated citizenry, a responsible political establishment, a Constitution limiting federal overreach, and a conservative basis that seeks to preserve a nation’s past, folkways, customs, norms and traditions while allowing for measured progress in the legislative and technological domains. This is America as it was conceived by the Founders and which bears little resemblance to the divided and anarchic polity that appears to be disintegrating before our very eyes. Huntington states the obvious. “Censorship, rigged elections, coercion and harassment of the opposition, jailing of political opponents, and prohibition of political meetings are incompatible with democracy,” a condition which to a worrying extent is undoubtedly prevalent today. “Make no mistake about it,” Levin warns, “the situation today is dire.”

John Adams memorably said, “Our Constitution was made only for a moral and religious people. It is wholly inadequate to the government of any other.” A community of the virtuous, especially when it consists of hundreds of millions, is not a realistic proposition. Yet a substantial minority of dedicated citizens and a handful of wise leaders may, at least hypothetically, be sufficient to the task of conservation and restoration. Thankfully, there are still patriots and clear thinkers among the people and the professions who understand and are willing to defend the nation’s ground of being, its formation as a conservative Republic and the citadel of the civilization of the West. They are determined to conserve the history of the nation as an ongoing trial-and-error experiment in the theory and practice of political freedom—failing which we are fated to fall back into history. It’s a long way down.

(36)
scription% (as of May 21, 2022 16:54 GMT -05:00 - More infoProduct prices and availability are accurate as of the date/time indicated and are subject to change. Any price and availability information displayed on [relevant Amazon Site(s), as applicable] at the time of purchase will apply to the purchase of this product.)

(13981)
$17.72 scription% (as of May 21, 2022 16:54 GMT -05:00 - More infoProduct prices and availability are accurate as of the date/time indicated and are subject to change. Any price and availability information displayed on [relevant Amazon Site(s), as applicable] at the time of purchase will apply to the purchase of this product.)

(3238)
$6.50 scription% (as of May 21, 2022 16:54 GMT -05:00 - More infoProduct prices and availability are accurate as of the date/time indicated and are subject to change. Any price and availability information displayed on [relevant Amazon Site(s), as applicable] at the time of purchase will apply to the purchase of this product.)

(23)
$110.07 scription% (as of May 21, 2022 16:54 GMT -05:00 - More infoProduct prices and availability are accurate as of the date/time indicated and are subject to change. Any price and availability information displayed on [relevant Amazon Site(s), as applicable] at the time of purchase will apply to the purchase of this product.)

(46550)
$7.61 scription% (as of May 21, 2022 16:54 GMT -05:00 - More infoProduct prices and availability are accurate as of the date/time indicated and are subject to change. Any price and availability information displayed on [relevant Amazon Site(s), as applicable] at the time of purchase will apply to the purchase of this product.)

(2)
$12.99 scription% (as of May 21, 2022 16:57 GMT -05:00 - More infoProduct prices and availability are accurate as of the date/time indicated and are subject to change. Any price and availability information displayed on [relevant Amazon Site(s), as applicable] at the time of purchase will apply to the purchase of this product.)

(106)
$42.00 scription% (as of May 21, 2022 16:54 GMT -05:00 - More infoProduct prices and availability are accurate as of the date/time indicated and are subject to change. Any price and availability information displayed on [relevant Amazon Site(s), as applicable] at the time of purchase will apply to the purchase of this product.)

(4)
$7.68 scription% (as of May 21, 2022 16:57 GMT -05:00 - More infoProduct prices and availability are accurate as of the date/time indicated and are subject to change. Any price and availability information displayed on [relevant Amazon Site(s), as applicable] at the time of purchase will apply to the purchase of this product.)