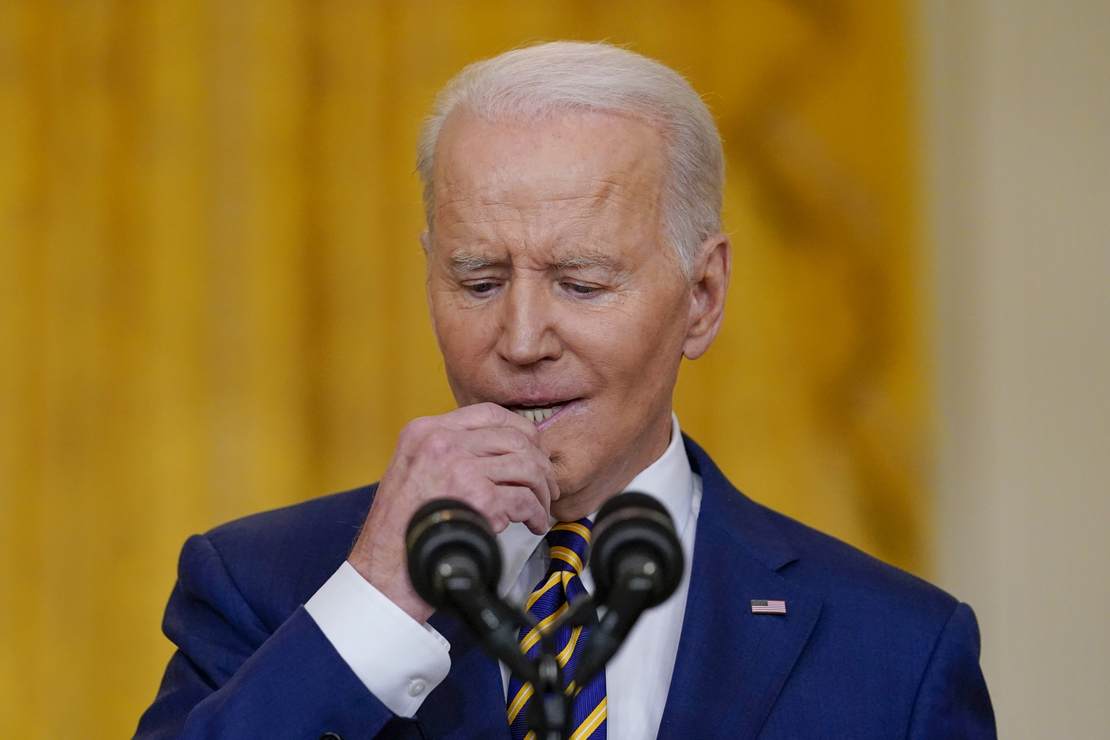 During President Joe Biden’s marathon press conference, he stumbled, bumbled, and tripped over his own party’s narrative. In what might be his biggest blunder, he expressed preemptive doubts about the 2022 election. As PJ Media’s Matt Margolis detailed shortly afterward, when asked if the outcome of the 2022 midterms would be legitimate, Biden responded, “It all depends.” The only thing that will make the election legitimate, according to the president, is passing the voting rights package currently stalled in the Senate.

“Since 2015, since Donald Trump came down that escalator, the idea of sowing doubt in election results has been something that Democrats and reporters and the public have not liked about Donald Trump. And I am certainly not going to compare what Joe Biden just said, President Biden just said with Donald Trump’s history when it comes to the Big Lie on the elections. But he [Joe Biden] refused to say that the election results in these midterms in November would be legitimate.”

Tapper is correct. You cannot compare Biden’s comments to President Trump’s assessment of the 2020 election. They are much worse. Coupled with his speech in Atlanta on the voting bills, Biden is accusing state governments of deliberately trying to prevent minorities from voting. He is making this allegation without any evidence of voter suppression in any recent election.

Several Republican-led states have passed new election legislation to roll back the pandemic-related exceptions that were allowed in 2020. Some examples include getting rid of unmonitored drop boxes, implementing extra security including ID for mail-in ballots, and ending 24-hour drive-through voting. These measures did not exist in 2016 or 2018, and both elections had a high turnout. The laws also stop new practices, like tech billionaire Mark Zuckerberg spreading $400 million around the nation’s elections office through a not-for-profit to build Biden turnout machines.

President Trump had a basis for his claims. Election night 2020 was a trainwreck. Large counties in several vital states stopped counting ballots at nearly the same time. Court cases modified election laws in many states where counting stopped, using the pandemic as a pretext. As if the optics were not enough, Time reported on a “shadow campaign” that detailed cooperation between almost every critical institution in the country to influence the election outcome.

It included everything from the media suppressing negative stories about the Bidens to the AFL-CIO and the Chamber of Commerce becoming strange bedfellows. The story even alluded to connections between the activist groups inciting riots in cities across the country and the groups working to influence the outcome. The author included information on how the plot to spread millions of cash around the country to staff election offices with activists was hatched. The disclosures felt almost like a finger in the eye of everyone who harbored doubts about the election. It sounded as if participants were gloating about their success. And the fact was that there was nothing Trump or his voters could do about it.

While I wish he had handled it differently and that his team had been much more precise in their messaging, the 2020 election was not the most secure in history. And Tapper’s historical memory is garbage. In 2018, Stacey Abrams lost the Georgia gubernatorial race by 50,000 votes. She never conceded and still blames her loss on voter suppression. The Democrats and the corporate media, including CNN, carry that fictitious water for her. Hillary Clinton still blames her loss on Russian interference and insists Donald Trump is an asset of Vladimir Putin. CNN carried reports supporting that story for four years and actually broke the bogus Steele Dossier on television after Buzzfeed published it.

Tapper has some inkling that Biden’s comments and failure to express confidence in the election process will make keeping the fictitious Jan. 6 and “Big Lie” narratives alive more difficult. For everyone’s sake, we should all hope he is correct.