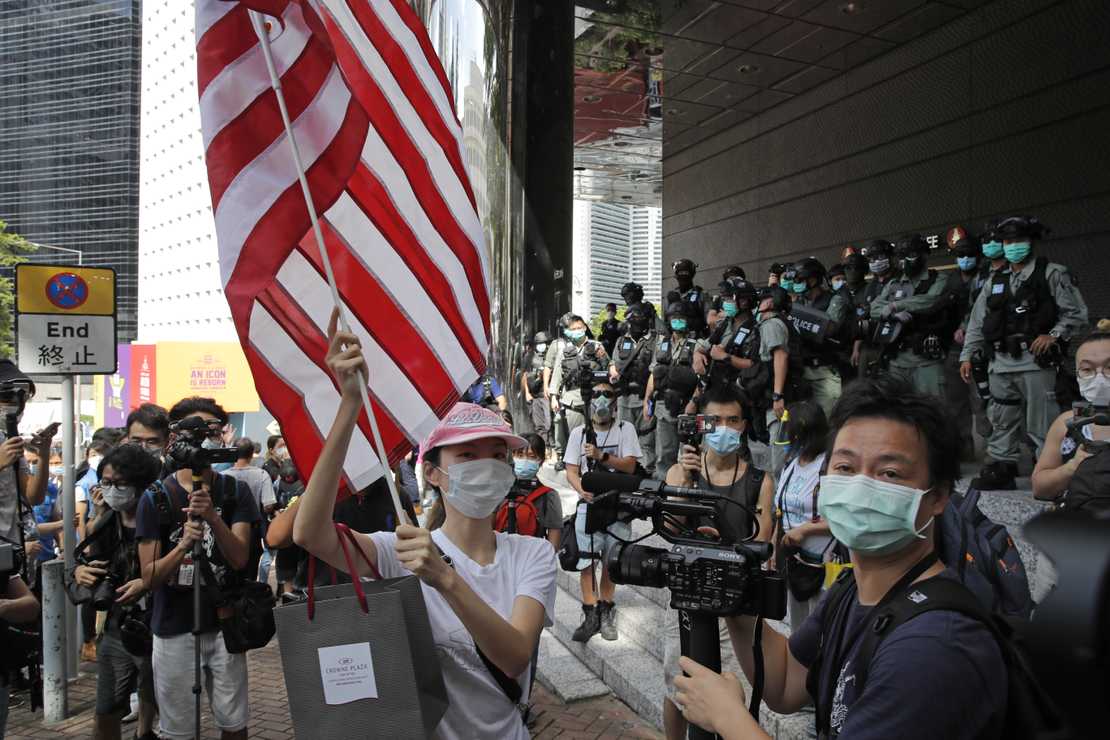 Hong Kong police have arrested at least 53 former lawmakers and democracy activists for violating the city’s draconian national security law. The crackdown targeted those responsible for organizing a primary election held last July in advance of the vote for the legislature.

The primary was designed to cull the number of pro-democracy candidates and give the democracy movement a better chance of having a strong representation in the legislature. Eventually, the election was postponed due to the pandemic but authorities warned at the time that the organizers of the primary may be subject to prosecution under the new security law.

Of the 53 arrests, six were taken into custody for planning the primary, and 47 were arrested for participating.

The reason for the crackdown was laughably bogus.

Lee said those organizing the “so-called primary election” were seeking to “paralyze the Hong Kong government” by winning a majority in the legislature as well as “mobilizing vast-scale riots in the streets” to cause “such mutual destruction that if successful (this plan) would result in serious damage to society as a whole.”

“That is why police action today is necessary,” Lee added.

A human rights lawyer from the United States, John Clancey, was also arrested. Clancey could be the first foreign citizen who does not have a Hong Kong passport held under the new national security law.

Joe Biden made all the right noises about supporting the activists but what, if anything, he can do about it remains unclear.

On Twitter, President-elect Joe Biden’s nominee for Secretary of State, Anthony Blinken, said that “the sweeping arrests of pro-democracy demonstrators are an assault on those bravely advocating for universal rights.”

“The Biden-Harris administration will stand with the people of Hong Kong and against Beijing’s crackdown on democracy,” Blinken added.

The age-old argument of dictators and authoritarians that disagreement is sedition is now the law in Hong Kong.

“After 2019, I think we are facing a complete crackdown on democratic movement. And at the level of District Council, we are popularly elected by Hong Kong people … and they may see that as a threat,” Shum said.

Chief Executive Lam appeared to address the city’s political discord in her New Year’s address. “Every time there are quarrels in society, in fact people pay a hefty price,” she said. “That is why for 2021, my biggest hope is for society to have harmony. So that the SAR government, and other public bodies, have more room to do concrete things for Hong Kong.”

The Chinese Communists are very big on “harmony.” If it comes at the point of a gun, so be it.

I’d like to think there’s hope for Hong Kong but it’s hard to find anything hopeful in China’s actions to date. The Communists will brook no opposition, no matter how mild or well-intentioned. That they have to trump up these charges of seditious activity shows that even they believe the threat isn’t real.

That won’t help the activists who will probably be sentenced to prison for years.

China Refusing Entry to WHO Team Investigating Origins of Coronavirus