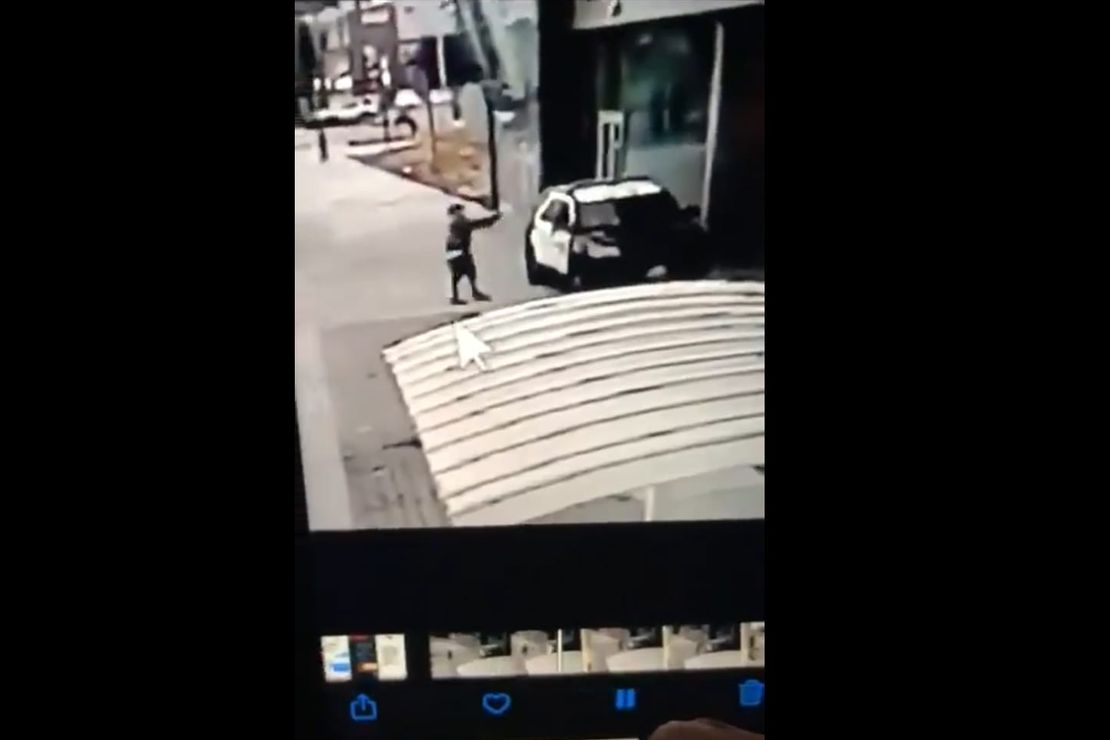 ABC7 Los Angeles reports two county deputies — one male, one female — were ambushed and shot while they were sitting in their patrol car Saturday night.

Surveillance video of the shooting shows the suspect ambush the deputies as they sat in the patrol car.

A person clad in dark clothing walks up to the parked vehicle at the Metro station, approaches the window on the passenger’s side and fires several times at close range. The suspect then runs off on foot.

The surveillance video can be viewed here. Warning: Footage of the shooting may be disturbing to some viewers.

The two deputies have been rushed to the hospital and are reported to be “fighting for their lives.”

Update: The gunman walked up on the deputies and opened fire without warning or provocation. pic.twitter.com/cBQjyKkoxJ

The gunman walks up to the patrol vehicle and fires into the passenger side window, striking both multiple times.

The unidentified suspect remains at large.

[EXCLUSIVE] Austin Mayor Steve Adler Led Defunding Police Department. This Is What the Cuts Look Like.

Editor’s Note: Want to support PJ Media so we can keep telling the truth about the riots and attacks on law enforcement? Join PJ Media VIP and use the promo code LAWANDORDER for 25% off your VIP membership.