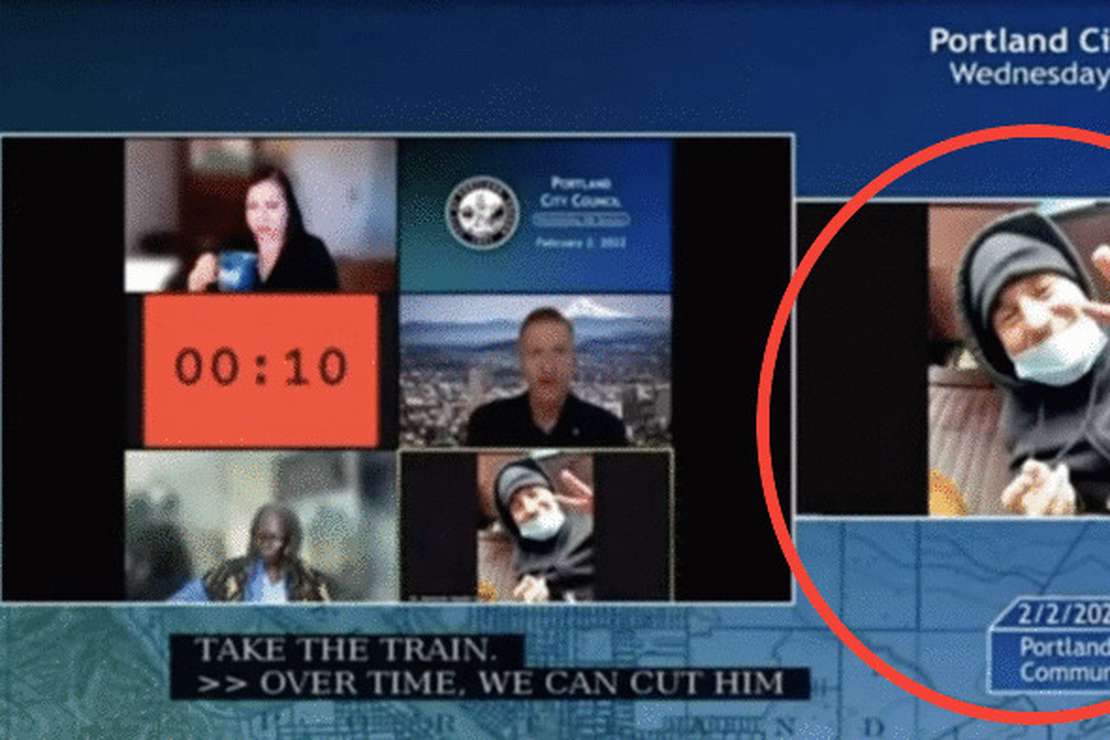 A comedian testified at the Portland City Council meeting this week and before you say that’s redundant, in this case, there was a big difference: comedian Alex Stein was hilarious.

We’ve seen comedians troll city council meetings before to great effect. There was “Chad” the party bro at the L.A. City Council talking about the virtue of house parties. There was the comedian in Dallas rapping about vaccinating everything, and who came back to troll about abortions. So this ain’t the first rodeo. But Stein had the Portland vibe down so perfectly that he wins the internet today, or at least my gratitude.

Stein testified as he lay in the back of his El Camino with what looked to be a bong and his trusty pitbull (Portland’s unofficial mascot to the homeless). He told the Zoom council meeting how incredibly happy he was to land in “chill” Portland.

In his presentation, he laid out most of Portland’s deepest problems: violent Antifa, homeless tourism, drug addiction, homelessness, unaddressed quality of life crimes, filth, and the decriminalization of drugs.

Related: Portland’s a Damned Mess and the Bodies Piling Up Prove It

The council was, of course, discussing Portlanders losing more of their freedoms with a possible vaccine passport, and “Alexander” signed up to testify in support of them.

He extolled the virtues of Portland’s “clean methamphetamine” and needles but noted that a lot of the junkies aren’t vaccinated. He wanted to force them. He waxed rhapsodic over the ability to park his car on the street for three weeks without anyone hassling him. “You can smoke all day — the purest Molly I’ve ever seen!” he enthused. And he thanked the council for being so “sweet” and giving “my boys” a pass for setting fires at the federal courthouse. “And I know some family friends that went down to Washington, D.C. on January 6 and they’re going to be in jail forever!” he gleefully reported to the council. “So it’s so tight that you were able to hook us up, Mayor Wheeler!”

He wrapped up with “Mayor Wheeler, you’re the number one chillest mayor, dude!”

After Stein was done testifying, the humorless Leftists on the council sat, puckered. Wheeler responded, “Thank you, I’ll take that in the spirit with which it was offered, which was complete sarcasm.”

Wrong answer. When you know you’ve been trolled with the truth, you should pay attention. Everyone else got the joke, Mayor Wheeler. It’s telling that you didn’t.