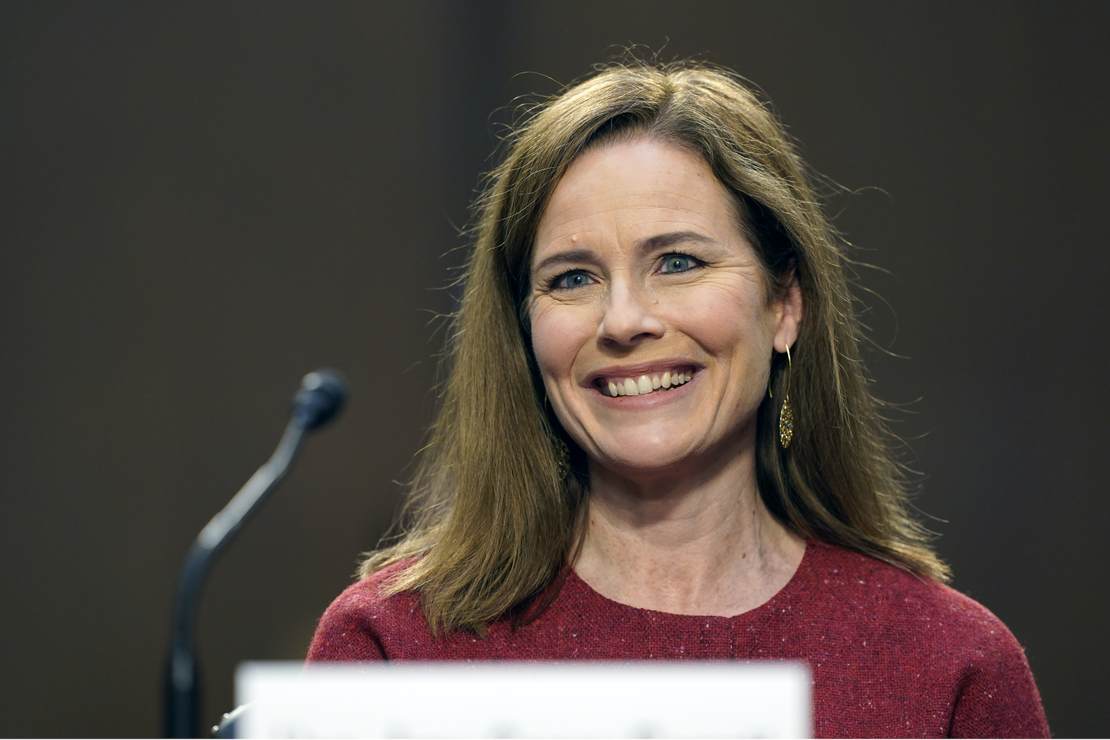 The Senate confirmed President Donald Trump’s third Supreme Court nominee, Amy Coney Barrett, on Monday. Democrats have argued that the process was illegitimate, either because it took place during a global pandemic or because it took place as Election Day drew near or because the Senate refused to consider President Barack Obama’s Supreme Court nominee, Merrick Garland, in 2016.

On Sunday, Senate Majority Leader Mitch McConnell (R-Ky.) effectively rebutted these arguments, and he has previously rebutted one more.

As McConnell explained on Sunday, “There is no inconsistency between the Republican Senate’s decision in 2016 and our decision to confirm Judge Barrett this year.”

After the death of Justice Antonin Scalia in February 2016, McConnell said, “You’d have to go back to 1888 when Grover Cleveland was in the White House to find the last time a Senate of a different party from the president confirmed a nominee for the Supreme Court in an election year.”

On Sunday, he noted that Supreme Court vacancies have arisen in election years 15 times. In seven of those cases, “voters had elected an opposite-party Senate to check and balance the sitting president. In those situations, only two of the seven were confirmed, and none since 1888.”

Democrats have also advanced the claim that Amy Coney Barrett’s confirmation is the most rushed confirmation process in history. McConnell denounced this claim as “absurd.”

4. Late in an election year

Many Democrats have complained that the Senate is confirming Amy Coney Barrett late in an election year.

Senate Minority Leader Chuck Schumer (D-N.Y.) claimed that October 26, 2020, will go down as “one of the darkest days in the 231-year history of the United States Senate,” arguing that Republicans “decided to thwart the will of the people… in the middle of a presidential election” after many Americans have voted early.

While it is true that the Republican Senate did become “the first majority to confirm a Supreme Court justice this close to Election Day,” McConnell noted on Sunday that “the Senate has absolutely confirmed Supreme Court nominees later in presidential election years than this one.”

Sen. Chris Coons (D-Del.) warned that Barrett “will open a new chapter of conservative judicial activism unlike anything we’ve seen.” Yet some of his greatest fears — Barrett overturning Roe v. Wade (1973) and Obergefell v. Hodges (2015) — would involve the Supreme Court reversing a judicial activist ruling.

The Supreme Court has unilaterally amended the Constitution in order to legalize abortion and same-sex marriage, and reversals of these rulings would represent a return to the status quo, allowing states to make their own laws on these politically-charged issues.

An originalist majority on the Supreme Court does not represent a “radical right” majority, as Schumer wrongly charged. It represents a return to a faithful reading of the Constitution according to its original public meaning, allowing Congress and the states to make laws the way the Founders intended — through legislatures.

The Founders did not intend for the Supreme Court to unilaterally amend the Constitution to create rights to abortion and same-sex marriage. Contrary to the Democrats’ claims, the Founders did envision a way to update the Constitution — through the amendment process. When the Supreme Court unilaterally amends the document, the justices are usurping power that does not belong to them.

The Left politicized the Supreme Court for decades. Now, Democrats are terrified that the judicial activism they support would be rolled back.

No wonder Democratic nominee Joe Biden won’t rule out attempts to pack the Supreme Court or “restructure” it. Democrats cannot stomach the idea that the Supreme Court will stop supporting their leftist views and instead uphold the Constitution, so they want to change the rules. That’s terrifying.

Tyler O’Neil is the author of Making Hate Pay: The Corruption of the Southern Poverty Law Center. Follow him on Twitter at @Tyler2ONeil.