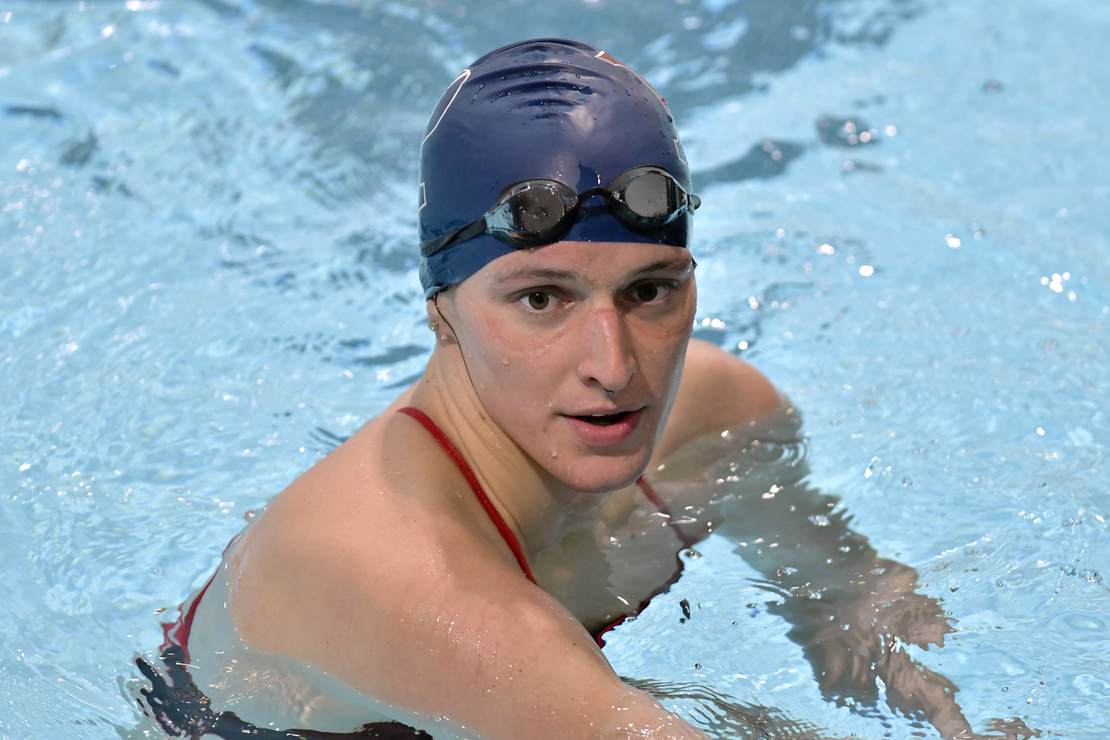 Is the dam finally breaking on maintaining the fantasy that trans women do not have an inherent advantage over biological females in competitive sports?

Sixteen members of the University of Pennsylvania women’s swim team sent a letter to the school and to the Ivy League, asking them not to take legal action that would challenge the new NCAA rules for transgender athletes to compete. The new rules would make it very difficult for their trans teammate, Lia Thomas, to compete as a female.

The 16 swimmers — out of 39 on the team — are asking that Thomas be sidelined.

“We fully support Lia Thomas in her decision to affirm her gender identity and to transition from a man to a woman. Lia has every right to live her life authentically,” the letter read. “However, we also recognize that when it comes to sports competition, that the biology of sex is a separate issue from someone’s gender identity. Biologically, Lia holds an unfair advantage over competition in the women’s category, as evidenced by her rankings that have bounced from #462 as a male to #1 as a female. If she were to be eligible to compete against us, she could now break Penn, Ivy, and NCAA Women’s Swimming records; feats she could never have done as a male athlete.”

Thomas’s teammates did not identify themselves in the letter. It was sent by Nancy Hogshead-Makar, a 1984 Olympic swimming gold medalist, lawyer and chief executive of Champion Women, a women’s sports advocacy organization. She said in a telephone interview that she sent the letter on the swimmers’ behalf so they could avoid retaliation; in the letter, the swimmers claim they were told “we would be removed from the team or that we would never get a job offer” if they spoke out against Thomas’s inclusion in women’s competition.

Penn officials did not respond to a request for comment on either the claims raised in the letter or whether the school planned to mount a legal challenge should Thomas be ruled ineligible for the NCAA championships.

The fierceness and utter ruthlessness of retaliatory actions taken by trans activists and advocates — and their allies in the school administration — gives the lie to the idea that transgender activism is a fight for “human rights.” It is normalizing a cultural anomaly: a recognized psychological condition known as “gender dysphoria.” If it were as “natural” as advocates claim, they wouldn’t have to threaten people with the loss of their job or educational opportunities for speaking out against it.

It should be recognized that those who identify as “transgender” need to be treated with compassion — even though their biggest supporters advocate destroying the lives of people who oppose them.

On Tuesday, another group of Penn swimmers released a statement supporting Thomas after an unidentified Quakers swimmer spoke to Fox News about her, claiming she had a “monumental” advantage over her teammates after going through male puberty.

“We want to express our full support for Lia in her transition,” the athletes said in Tuesday’s statement, per ESPN. “We value her as a person, teammate, and friend. The sentiments put forward by an anonymous member of our team are not representative of the feelings, values, and opinions of the entire Penn team, composed of 39 women with diverse backgrounds.”

Note that the letter in support of the transgender swimmer does not say Thomas should be allowed to compete.

The 16 swimmers asking the school and the Ivy League not to take legal action said essentially the same thing in their letter about supporting Thomas’s transition.

One parent, “who did not want to be identified for fear of retaliation against their daughter,” said the letter in support of Thomas was sent by only “two or three” individuals.

To determine a transgender swimmer’s eligibility at the elite level, a three-person panel of independent medical experts will determine whether the swimmer’s prior physical development as a man gives the athlete a competitive advantage over her cisgender female competitors. The swimmer also must show the concentration of testosterone in her blood has been less than 5 nanomoles per liter continuously for at least 36 months.

The new guidelines will almost certainly be challenged in court. But there’s no doubt that the pushback against transgenderism in women’s sports got a huge shot in the arm by the actions of swimmers at the University of Pennsylvania and may give heart to other female athletes who want to challenge the radical orthodoxy at their own schools.