The liberal media are again peddling their anti-men-drinking-alcohol schtick. This time, The Washington Post pushed a very flawed government report recommending men should only have one drink a day. 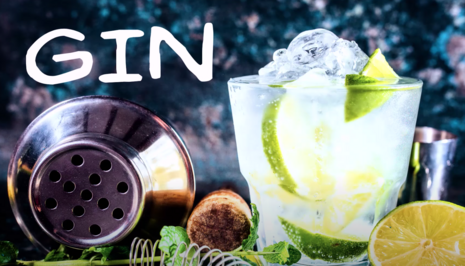 The Dietary Guidelines Advisory Committee [DGAC] released a report that said there was “evidence to tighten [dietary guidelines] for men such that recommended limits for both men and women who drink would be 1 drink per day on days when alcohol is consumed.”

To put this into perspective, syndicated columnist Froma Harrop wrote that “For 30 years, the Dietary Guidelines Advisory Committee set the limit at two drinks a day.” The Post didn’t bother scrutinizing the change.

The Post pushed how “New research has prompted the government’s 2020 Dietary Guidelines Advisory Committee to recommend that men limit alcoholic drinks to one per day.” The Post conceded that “It could be a tough sell: The suggestion that the definition of ‘moderate’ drinking for men be lowered from two drinks per day to one comes during a pandemic when alcohol consumption — already at a 20-year high — is spiking further.”  The proposal “may or may not become part of the official 2020-2025 Dietary Guidelines for Americans, scheduled to be released at the end of this year.”

However, The Post’s assumption that “alcohol consumption” was “spiking further” is incorrect, according to Forbes Magazine June 30.

The Post parroted that the new recommendation “was driven by recent studies that have suggested that consuming two alcoholic drinks per day is associated with slightly increased risk of death from all causes, compared with stopping at one drink per day, regardless of gender.” Also, The Post said that “newer research is contradicting earlier, perhaps flawed, studies that linked moderate drinking to protection from heart disease.”

But the DGAC recommendation has a number of flaws, none of which The Post bothered to point out.

Institute of Economic Affairs Head of Lifestyle Economics Christopher Snowdon wrote September 3, that “[o]nly one member of the U.S. review committee has a background in research directly related to alcohol.” Snowdon continued: “Long prior to his participation on the committee, Dr. Timothy Naimi of Boston University argued that ‘national drinking guidelines should no longer assume any protective effects from low dose consumption.’”

Snowdon said that “even if it were proven that one drink is better than two, it would point to an optimal level of drinking, not simply a safe one. It would also require the government to tell nondrinkers to become light drinkers.” Snowdon continued: “And yet, the committee argues quite vehemently that alcohol is inherently dangerous, and the U.S. will maintain its advice that those who do not drink alcohol should not begin to drink for any reason.”

Forbes Magazine reported August 28, that “running counter to the DGAC’s charter, the subcommittee that recommended the change acknowledges that it examined studies not approved for this process.” [Emphasis added.] Also, Forbes noted that “[l]etters from five senators and 28 representatives from both parties accuse the Dietary Guidelines Advisory Committee … of citing just one study out of 60 approved for review to reverse three decades’ worth of previous administrative guidance.”

The letter from the representatives lambasting the DGAC was dated August 12, which didn’t make it into The Post’s August 25 reporting.

[F]ive professors of medicine and epidemiology at Harvard sent a letter to federal officials expressing ‘serious reservations’ about the new advisory. It complained that the committee cited a paper showing that ‘higher alcohol intake was associated with higher risk of all-cause mortality’ but ignored other data in the same study that the researchers say demonstrate ‘a low-dose, high-frequency pattern was associated with significantly lower risk of total mortality.’

Instead, The Post gloomily stated that “drinking well past ‘moderate’ has been normalized in our society,” precluding any notion the recommendation will “lead men to change their drinking behavior.”

Contact The Washington Post at 202-334-6000 and demand it correct the record about the flaws in the DGAC’s recommendation.