The New York Times seems to have fessed up to the elephant in the room. As inflation rises, President Joe Biden’s economic policies are not working for workers. 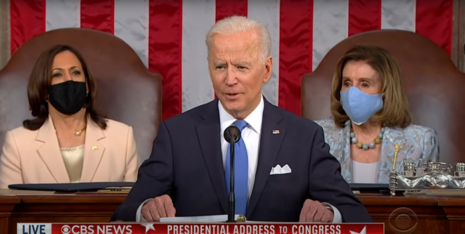 Reporter Noam Scheiber at The New York Times wrote in a Feb. 1 article that “[e]ven as employers complain of having to scramble to fill vacancies, there is little evidence that service workers are winning any meaningful, long-term gains.” This is a major reversal for the same publication that triumphantly declared: “Americans Are Flush With Cash and Jobs.” Scheiber buried his most frightening concession in the seventh paragraph, but made it sound uncertain as to whether inflation has already overcome wage gains, even though it conclusively has. “While businesses have raised wages, those increases can be easily eroded by inflation, if they haven’t been already,” Scheiber said. There’s already been a plethora of reports — including from Scheiber’s own newspaper — showing that inflation ate up the wage gains claimed by Americans last year.  [Emphasis added.]

Scheiber only mentioned the word “inflation” once in his whole article! One mention in an article that cites “labor shortages” and workers’ “economic security” completely downplays the historic surge in inflation that has also cramped economic growth. [Emphasis added.]

But Scheiber quickly found different culprits for low wages and unstable working hours: “a practice known as ‘fissuring.’” He also pointed to businesses “that continued to employ workers directly and began hiring them to part-time positions, rather than full-time roles.” This increase in part-time roles, he attributed to “the mass entry of women into the workforce.”

The Times’ primary target though was — as usual — greedy businesses.

Scheiber interviewed Harvard public policy professor Daniel Schneider, who tried to place blame on American businesses, according to The Times: “‘Companies are doing all they can not to bake in any gains that are difficult to claw back. … Workers’ labor market power is so far not yielding durable dividends.’”

What, then, is Scheiber’s answer to low wages? “With workers nationwide quitting at high rates and companies complaining that they can’t fill jobs, employers might be expected to rethink their dependence on part-time scheduling,” he said. If only the solution were that simple.

It’s as if Scheiber and Schneider argued that the working masses could finally break free and enter the promised land of higher wages and collective bargaining privileges if only the greedy capitalist business owners could ever so slightly alter their practices.

This wasn’t the first time The New York Times ignored inflation to serve their twisted narrative. New York Times Senior economics correspondent Neil Irwin wrote an article headlined “Americans Are Flush With Cash and Jobs. They Also Think the Economy is Awful.” Irwin made the amazingly arrogant claim that Americans fell under the control of “the psychology of inflation.” Irwin continued, “Americans are, by many measures, in a better financial position than they have been in many years.” That kind of nonsense might fly at The New York Times, but Americans see through the spin on the economy.

Conservatives are under attack. Workers are struggling under President Biden’s flailing economy. Contact The New York Times at 1-(800) 698-4637 and demand it report honestly on the disastrous economy under Biden and rising inflation