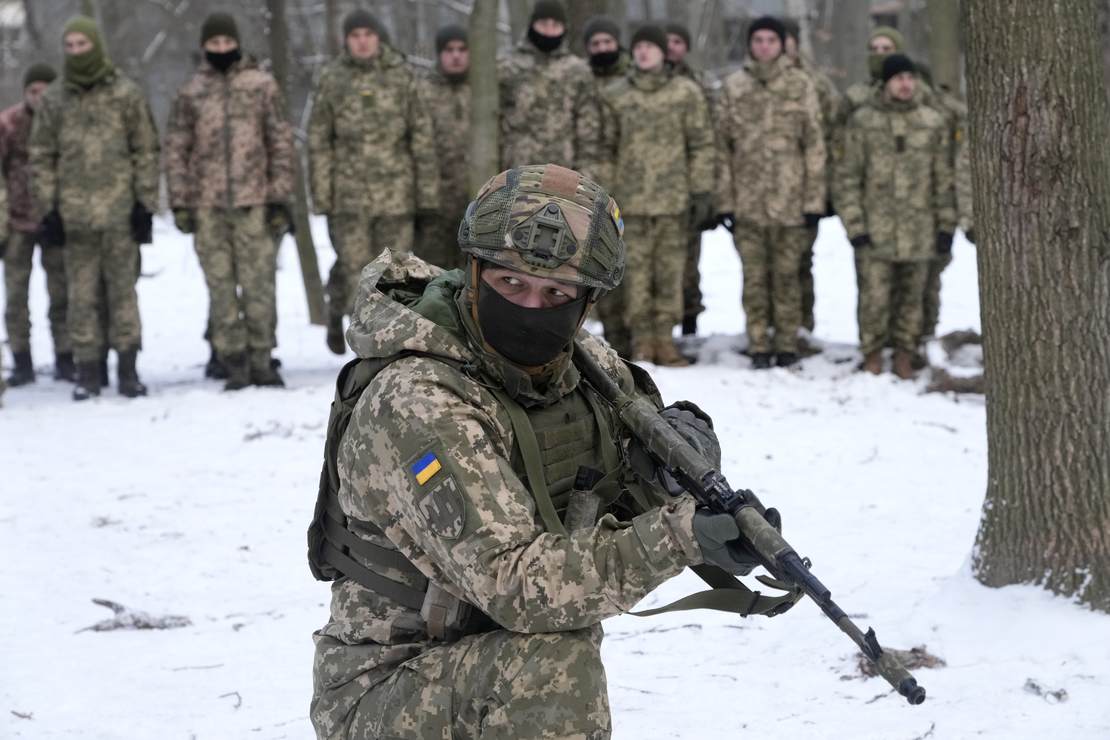 Nearly three weeks ago US intelligence claimed it had information on Russia’s plan for a false flag attack which it would use to justify an invasion of Ukraine. But at the time the details of the Russian plan weren’t revealed.

Today, the NY Times reports details of the plan are being revealed in an attempt to spoil the effort. The plan was to create an incendiary video.

The plan — which the United States hopes to spoil by making public — involves staging and filming a fabricated attack by the Ukrainian military either on Russian territory or against Russian-speaking people in eastern Ukraine.

Russia, the officials said, intended to use the video to accuse Ukraine of genocide against Russian-speaking people. It would then use the outrage over the video to justify an attack or have separatist leaders in the Donbas region of eastern Ukraine invite a Russian intervention…

The video was intended to be elaborate, officials said, with plans for graphic images of the staged, corpse-strewn aftermath of an explosion and footage of destroyed locations. They said the video was also set to include faked Ukrainian military equipment, Turkish-made drones and actors playing Russian-speaking mourners…

After the congressional briefing, Senator Jim Risch of Idaho, the top Republican on the Senate Foreign Relations Committee, said Russia was in the process of producing movies and other “false proof” that Ukraine was doing something to provoke Moscow. It is important, he said, “that the world understands that this is a false operation to try to justify them in an invasion.”

US intelligence isn’t revealing how they know the details of the plan but the NY Times story points out that the UK is also backing up this claim. In addition, the Times says this plan seems to jibe with a strain of propaganda which state media in Russia has been pushing for several months.

In one example, an arm of the Moscow-controlled broadcaster RT circulated a clip of Mr. Putin saying that events in eastern Ukraine “resemble genocide.” News Front, which the State Department has called a disinformation outlet with ties to Russian security services, followed with an article on Dec. 13 that said the United States did not consider the massacres to be a genocide.

In the months since the Russian troop buildup began, Moscow and its online army of allies have pushed out old arguments about western Ukrainians being aligned with Nazism, falsely accused the United States of using proxy forces to plot a chemical attack and claimed that Russia’s planned military operations were intended to protect ethnic Russians or pre-empt action by NATO, according to researchers.

American intelligence officials said Russia had produced a steady stream of disinformation about Ukraine since 2014. But they observed an uptick in December and January as Moscow increased pressure on the government in Kyiv.

You can see how this was all supposed to come together. Russia didn’t want to invade, the story would go, but violent Nazis from Ukraine murdered a bunch of innocent people and here’s the totally not fake video showing the bodies. After waving the bloody shirt for a day or two, Putin would invade claiming he had no choice but to respond.

The Kremlin is of course denying all of this. A spokesman said, “Similar things have been claimed before. But nothing ever came of them.” In other words, we haven’t invaded in the past two weeks so this can’t be true. But if the idea of a propaganda video to justify their actions sounds far-fetched, this Sky News report from December points out that Russia has already put out propaganda videos claiming Ukraine border guards are firing on migrants.

I hope this effort to spoil Russia’s game plan works. It may cause Putin to go back to the drawing board or it may not change much of anything. Putin doesn’t care that US intelligence knows he’s a liar planning a false flag attack. So long as he can convince enough Russians at home that his bogus pretext video might be true, that would still serve his purpose.