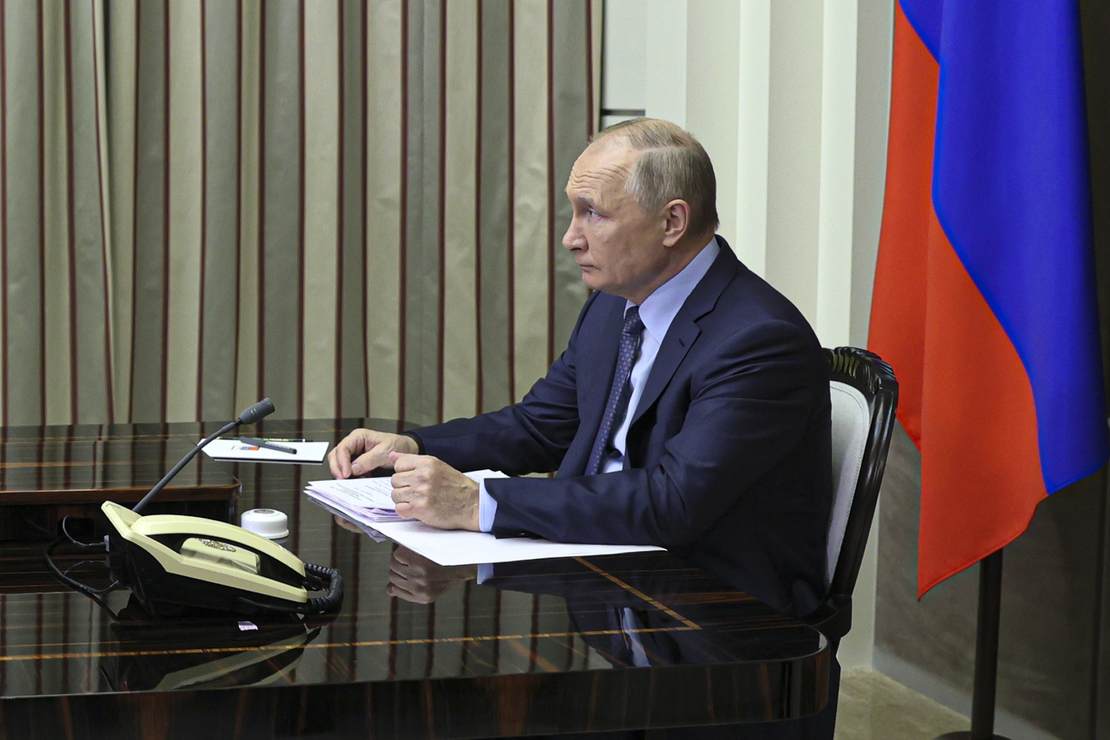 We learned this weekend that the White House has offered yet another summit between Joe Biden and Vladimir Putin in an effort to lower tensions around the situation in Ukraine. But if the intelligence agencies in Great Britain are correct, Russia may be cooking up a plan to avoid their expected invasion in a very different way. The UK is claiming that Putin plans to summarily replace Ukrainian President Volodymyr Zelensky with a puppet president from an obscure pro-Russian political party. While such a plan seems unlikely at first glance, it would probably accomplish the same goals that Putin clearly seeks without the muss and fuss of having to level Kyiv into a pile of rubble. Now that the plan has been exposed, however (assuming such a plan even exists), it’s unlikely that NATO and our other allies would stand for it without some sort of response. (Associated Press)

Russia’s Foreign Ministry on Sunday rejected a British claim that Russia was seeking to replace Ukraine’s government with a pro-Moscow administration, and that former Ukrainian lawmaker Yevheniy Murayev was being considered as a potential candidate.

Britain’s Foreign Office on Saturday also named several other Ukrainian politicians it said had links with Russian intelligence services, along with Murayev who is the leader of a small pro-Russia party that has no seats in the parliament.

The U.K. government made the claim based on an intelligence assessment, without providing evidence to back it up. It comes amid high tensions between Moscow and the West over Russia’s designs on Ukraine.

So the Brits haven’t publicly provided any proof of this claim and Russia is flatly denying it. Of course, Russia would deny it even if it were true, so take that as you will. It’s certainly conceivable that Putin may have been looking at such an action and the British are trying to preemptively put a halt to it by making this public accusation.

What’s really not clear about this alleged plan is how Putin would pull it off even if he wanted to. Absent a dominant military presence or at least the credible threat of one, getting Zelensky to step down and having the people suddenly accept Yevheniy Murayev as the legitimate leader seems highly unlikely. Keep in mind that Zelensky was elected with nearly 75% of the vote. By contrast, Murayev’s obscure, pro-Russian party doesn’t carry enough influence to earn a single seat in the legislature.

At this point, the Russians are using this allegation as a propaganda tool for their own purposes. The Russian Foreign Minister called the claims “misinformation” and told the British to “stop spreading nonsense.” The picture that Moscow is currently trying to paint is fairly obvious. They are blaming the United States and western forces (or “the Anglo-Saxons,” as he put it) for provoking a crisis in the region for our own benefit. The fact that Great Britain recently shipped anti-tank missiles to Ukraine only adds fuel to Moscow’s claims, or at least Putin appears to think so.

Meanwhile, there are signs that the western alliance is already starting to splinter over the situation in Ukraine. Germany, in particular, seems to be trying to walk a diplomatic tightrope. While the Germans have offered medical help to any Ukrainians who need it, they have refused to supply any weapons to Zelensky’s military. In fact, they went one step further and banned Estonia from transferring artillery pieces that were made in Germany to Ukraine. It’s widely believed that Germany’s heavy reliance on Russian natural gas (after they shut down their coal and nuclear plants to save the planet) has left them too dependent on Moscow to get involved in this fight.

And now, as if Russia wasn’t already causing enough trouble, they have reportedly been in talks with Iran to begin construction on a new nuclear power plant, expanding the capacity of Iran’s nuclear facilities at Bushehr. Our attempts at restarting talks regarding the Iran nuclear deal have long since collapsed, and with Russia supporting them openly, the Iranians have pretty much no incentive to cooperate or open up for inspections by the IAEA.

Many of us expected America’s foreign relations position to deteriorate if Joe Biden became president because foreign policy was really never his strong suit. But even I never imagined things would have gone this far downhill so quickly.