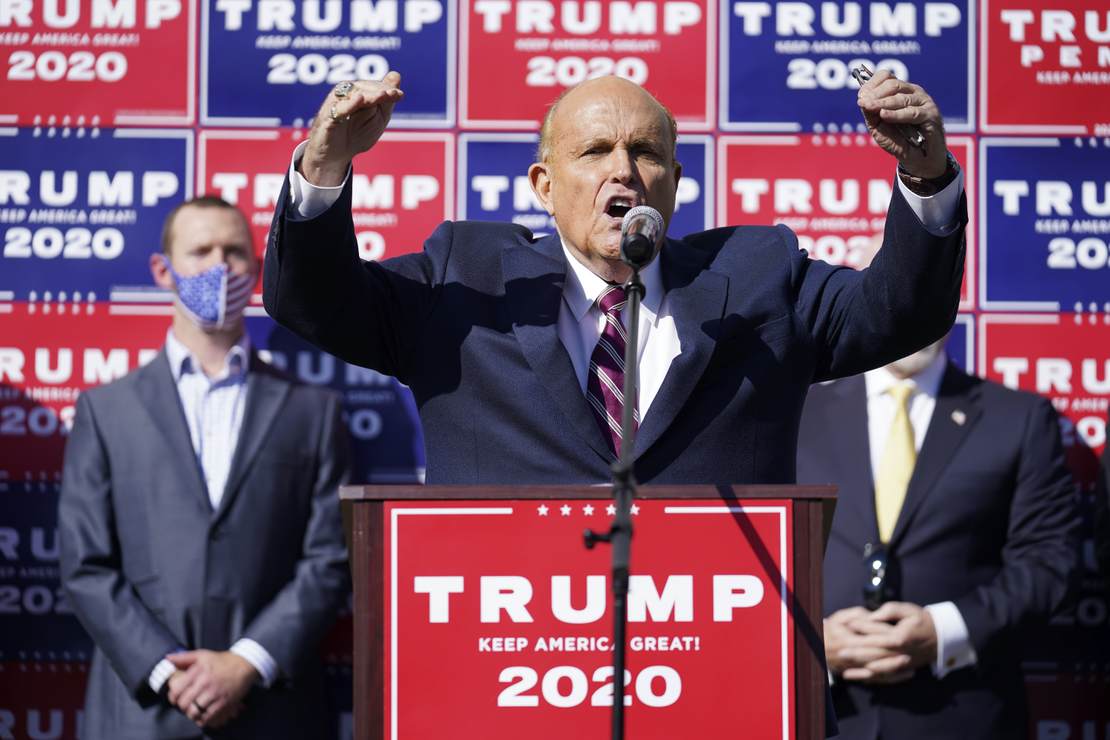 A whodunnit left over from the 2020 election that’s getting closer to being solved thanks to the January 6 committee.

In December 2020 the National Archives received some unusual correspondence, letters from electors in seven different states containing certificates of ascertainment that the Trump/Pence ticket had won their jurisdictions. Nothing unusual about that. The electors in each state routinely transmit such certificates to the Archives after an election, formally recording the results.

What was unusual is that the certificates came from Georgia, Michigan, Arizona, Nevada, Wisconsin, Pennsylvania, and New Mexico, all states that Trump lost. And the “electors” who signed the certificates weren’t the Biden/Harris electors that had been duly recognized by each state’s governor and legislature. They were the Trump/Pence electors who would have been recognized had Trump won the vote there. But he didn’t.

So what were these fake electors doing, writing to the Archives with official correspondence attesting that Trump and Pence had won their state’s electoral votes?

The January 6 committee has been sniffing around, interviewing witnesses to try to get to the bottom of the chicanery. Interestingly, the certificates are all similarly formatted and similarly worded, suggesting that they came from a common template. (You can view them here.) Who was responsible for that template?

It’s exactly whom you might think, according to sources whispering to CNN:

Trump campaign officials, led by Rudy Giuliani, oversaw efforts in December 2020 to put forward illegitimate electors from seven states that Trump lost, according to three sources with direct knowledge of the scheme.

The sources said members of former President Donald Trump’s campaign team were far more involved than previously known in the plan, a core tenet of the broader plot to overturn President Joe Biden’s victory when Congress counted the electoral votes on January 6.

Giuliani and his allies coordinated the nuts-and-bolts of the process on a state-by-state level, the sources told CNN. One source said there were multiple planning calls between Trump campaign officials and GOP state operatives, and that Giuliani participated in at least one call. The source also said the Trump campaign lined up supporters to fill elector slots, secured meeting rooms in statehouses for the fake electors to meet on December 14, 2020, and circulated drafts of fake certificates that were ultimately sent to the National Archives…

“We fought to seat the electors. The Trump campaign asked us to do that,” Meshawn Maddock, co-chair of the Michigan Republican Party, said at a public event last week that was organized by the conservative group Stand Up Michigan, according to a recording obtained by CNN.

Maddock was one of the fake electors from Michigan. Another fake elector, Sam DeMarco, confirmed to CNN that his group had been in contact with the Trump campaign before their certificate was sent to the Archives.

It was all part of the wider scheme to create a pretext for overturning the election. The fake electors weren’t true “alternate electors” because none of them had any sort of official recognition by their home states. But Trump’s inner circle evidently hoped that Republican officials in those states would grant them that recognition belatedly. Or that Mike Pence would play ball and recognize the fake electors as authentic on January 6. Or, failing that, that he’d declare there was a dispute over who the legitimate electors from each state were and would refuse to certify Biden’s victory, punting resolution of the election to the House of Representatives instead.

It was outright fraud to facilitate a coup attempt. Which brings us to a question: Do the fake certificates constitute a crime?

In the case of two of them, the answer is “probably not.” The Pennsylvania and New Mexico certificates were written with conditional language, claiming that the signatories would be the duly chosen electors from their states if Trump’s legal challenges to the election prevailed in court. Which is true. But the other five contained no such qualifiers. They purported to be from each state’s duly chosen electors, which was false, and they alleged that Trump/Pence had been awarded their state’s electoral votes, which was also false.

Does that forgery reach the level of a criminal offense? Sure does, argues lawyer Philip Rotner, and maybe more than that:

However, there is one federal criminal statute that appears to cover this situation specifically and squarely. Under 52 U.S.C. § 20511, it is a crime punishable by a fine or up to five years in prison—or both—if any person: “knowingly and willfully deprives, defrauds, or attempts to deprive or defraud the residents of a State of a fair and impartially conducted election process, by . . . the procurement, casting, or tabulation of ballots that are known by the person to be materially false, fictitious, or fraudulent under the laws of the State in which the election is held. [Emphasis added.]”

“Ballots” is used in the Twelfth Amendment to refer to the votes cast by the electoral college so the statute should apply to the phony ballots cast by the fake electors when they sent their letters to the Archives. Beyond that, Rotner continues, the fake certificates also arguably amount to conspiracy to defraud the United States (18 U.S.C. 371), filing false statements with the federal government (18 U.S.C. 1001), and willfully refusing to count votes lawfully cast in their home states (52 U.S.C. 10307).

So why hasn’t the DOJ brought charges? The entire point of the January 6 committee investigation is to deter future attempts to overturn an election by raising the political and legal cost of trying to overturn the previous one. If the “fake certificates” scam isn’t exposed and punished now, it’ll be tried again in the future. But send some people to prison for participating in a coup attempt and you’ll get fewer volunteers for the next one. As things stand, unless I’m forgetting someone, the only persons involved facing any charges related to overturning the election are the foot soldiers who attacked the Capitol on January 6. The actual plotters and their co-conspirators, like the fake electors, are off scot-free.

How come? “Nothing in either of the voting rights bills currently pending before Congress would inhibit partisan state officials, acting under color of law, from attempting to overturn popular elections in their states,” Rotner warns at the end of his piece. Unless and until Congress addresses the matter by reforming the Electoral Count Act, fake electors are free to do this again in 2024 without consequences. And even ECA reform might not be able to reach malefactors at the state level, whether due to constitutional constraints or because the two parties just can’t get together on a mutually agreeable remedy in the Senate. The only deterrent to future chicanery is punishing people for the fraud that was already committed. Is Merrick Garland waiting for the January 6 committee to wrap before doing that or is he just planning to let this whole “coup plot” hubbub slide?