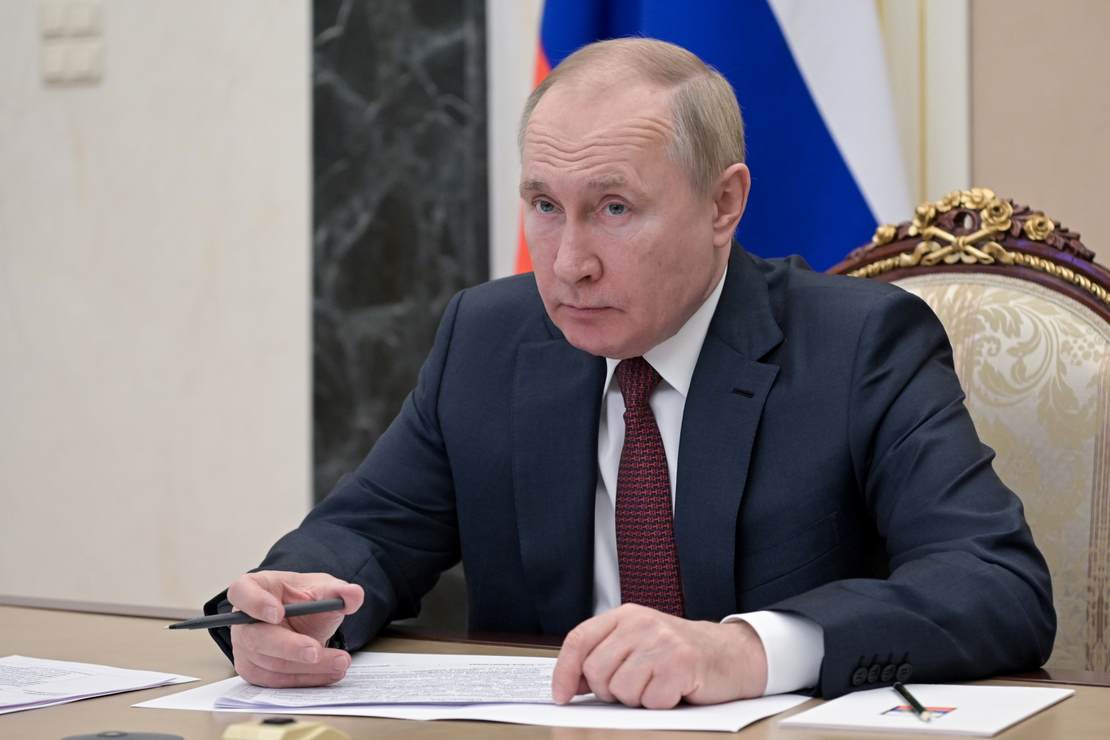 Yesterday, Ed asked the question as to whether Vladimir Putin has already “blinked” in the Ukraine standoff. It’s a fair point, particularly considering some of the more positive suggestions coming from Russia’s Foreign Minister yesterday, but a total reversal by Russia at this point seems far from likely. Joe Biden remains convinced that Putin will invade some time in the coming weeks, an opinion that seems to be out of step with a number of European and NATO analysts. So what happens next?

It’s possible, though far from assured that Putin may now see a full invasion of Ukraine as being untenable. The level of pushback and commitments to aid for Ukraine’s military may indeed have caught the Russian strongman off guard. But a full retreat with his tail between his legs isn’t his style either. Does he have other options? Certainly. The Associated Press summed up a few of the more likely scenarios yesterday and they line up with some of the possibilities we’ve been discussing here over the past couple of weeks. Russia has a variety of tools at its disposal, including non-military and even paramilitary strategies.

Russia, which is seeking a pledge that NATO won’t expand to include Ukraine, has options it could pursue short of a full-blown invasion, and other ways to lash out at the U.S. and its allies. All of them carry varying degrees of risk, to Russia and the world…

Possible scenarios include providing additional support to the Russia-backed rebels or launching a limited invasion, just enough to destabilize Zelenskyy and usher in a pro-Kremlin leader.

Stopping short of a full-scale invasion would give Russia more time to get more forces in place and test the commitment of the U.S. and its allies to the punishing sanctions promised by Biden, says retired Lt. Gen. Ben Hodges, former commander of U.S. Army forces in Europe. “He’s going to continue doing what he’s doing right now, continuing to apply maximum pressure on Ukraine and to try to destabilize the government to alarm people,” Hodges said.

The “partial military” or paramilitary options still seem highly likely, but not certain to accomplish what Putin truly wants to do. (That would be the permanent removal of any NATO assets from the country and the replacement of the current government with a pro-Russian regime.) Putin has been arming the pro-Russian rebels in eastern Ukraine for nearly a decade now. He no doubt has groups closer to Kyiv that support Moscow and he could begin similarly arming them to cause trouble. He also has a history of sending non-uniformed troops across borders (the infamous “tractor drivers and truckers” ploy) and he might do that. But Ukraine is much more well-armed than it used to be and it would likely take the full force of the Russian army to defeat them, so he would again be left without a complete victory.

Putin could also institute “economic warfare” in the form of cutting off energy supplies to Europe (Russia is Europe’s primary source of natural gas) and other products that they currently export to western nations and Africa. While that strategy would definitely cause pain for parts of Europe, it would be temporary and could totally backfire on Putin. He would be eliminating markets for Russia’s goods and services, damaging his own economy and creating unrest among his people. Also, Europe would seek replacement sources of energy, likely from the United States. Once those supply chains were established, Russia would be effectively cut off from those markets permanently.

As a side note to that scenario, in case Putin shuts off the flow of natural gas to Europe (unlikely), Joe Biden is already approaching the American oil and gas industry to ask about liquified natural gas exports to Europe. There would be some rich irony in the idea of the president who shuts down American pipelines and fossil fuel operations having to go to that same industry with his hat in his hand, asking them to increase production to bail out our allies.

We also shouldn’t forget the probability that Russia could launch massive cyber warfare attacks against not only Ukraine but pretty much everyone. He would then do what he always does and blame the hacking efforts on various “bad actors” while insisting that the Russian government knows nothing about it. Of course, Russia already does plenty of that so it’s unclear how much more they could do without basically pointing the finger of blame at themselves.

The AP looks at a couple of other options on Putin’s plate, such as strengthening his military ties to China. But they’re already engaging in joint military exercises, so that ship has probably already sailed. It’s been suggested that he could move troops into Cuba, Venezuela, and Nicaragua, but that would only deplete his forces at home.

I still don’t expect Putin to completely tuck his tail between his legs and slink off in defeat. It’s just not his style. I also refuse to completely rule out the possibility of a full invasion of Ukraine, but I’ll agree that the likelihood of that happening is at least somewhat less than it was two weeks ago. But don’t expect Vladimir Putin to simply fold his hand and admit defeat to NATO. That’s just not how the man is built.