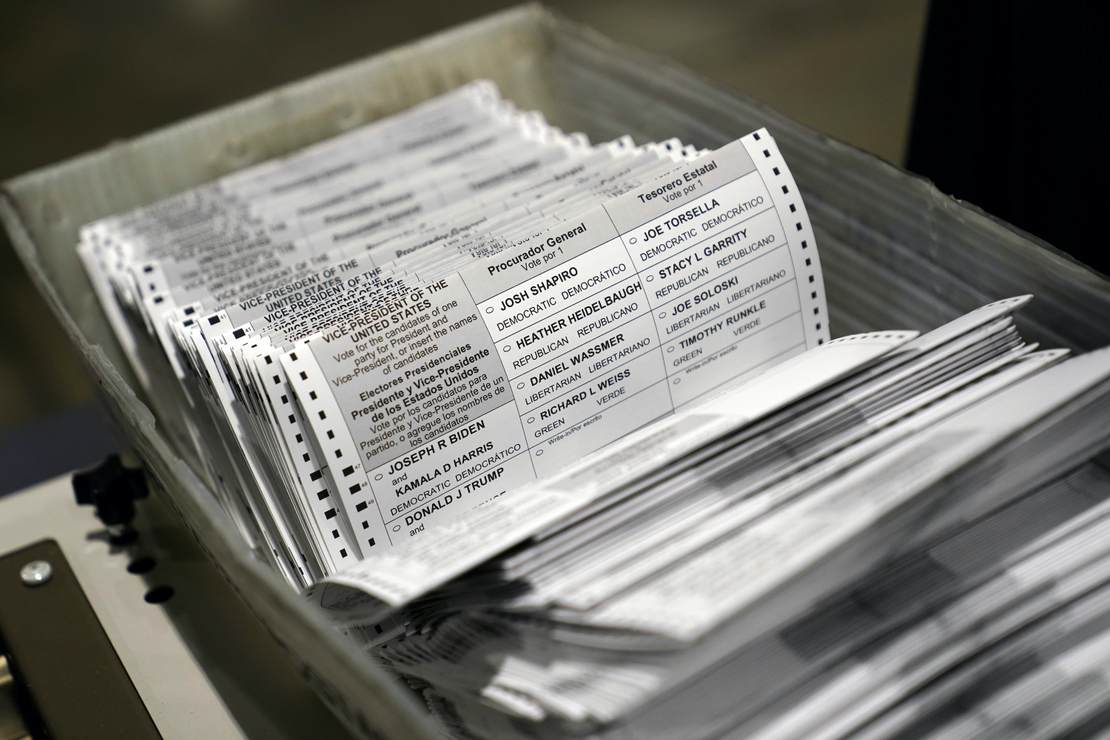 In 2020, like many states seeking options during the pandemic lockdowns, Pennsylvania passed a law that vastly expanded mail-in voting over the objections of those who predicted that the practice would endanger election integrity and promote voter fraud. After the lockdowns had mostly ended, Republicans in the Keystone State went to court to challenge the law and on Friday a Commonwealth Court agreed with them, ruling the law unconstitutional. Democratic Governor Tom Wolf immediately rushed to appeal the decision to the state supreme court, resulting in confusion regarding the entire process. But if the ruling holds, Pennsylvania may become the first state to take a definitive stand against the practice. Still, the Governor’s responses to this development seem curious, to say the least. (Associated Press)

A court declared Friday that Pennsylvania’s expansive 2-year-old mail-in voting law violates the state constitution, agreeing with challenges by Republicans who soured on the practice after former President Donald Trump began baselessly attacked it as rife with fraud in his 2020 reelection campaign.

Democratic Gov. Tom Wolf’s administration swiftly appealed to the state Supreme Court, immediately putting the party-line decision by a panel of three Republican and two Democratic judges on hold and stopping it from overturning the law.

Still, it throws Pennsylvania’s voting laws into doubt as the presidential battleground state’s voters prepare to elect a new governor and a new U.S. senator in 2022.

As I already mentioned, Tom Wolf immediately filed a challenge to the ruling with the state supreme court. After doing so, he declared that because he had filed the appeal, “the lower court ruling has no immediate effect” so the law is still in force. But that’s not how this works. Simply filing an appeal doesn’t do anything except send the question to the higher court. They haven’t ruled on it yet, so the law remains struck down unless and until they issue an injunction against it. Wolf may want to hire some better attorneys to explain these things to him.

His chances of success at the state supreme court are unfortunately pretty good. That court currently has a 5-2 Democratic majority. The panel of judges from the Commonwealth Court that struck the law down had a 3-2 Republican majority and it voted along party lines.

One thing that caught my attention was the way that the media is still standing shoulder to shoulder in their descriptions of these mail-in voting laws and the reasons they are controversial. The Associated Press quickly described how Donald Trump had criticized the law, “baselessly attacking it as rife with fraud.” The Washington Post offered some coverage of the story, saying that Trump “falsely claimed mail-in voting resulted in election fraud.” There are more examples out there this morning. It’s almost as if they sent around a script and everyone was copying from it, right?

In reality, if you want to see the actual results of massive mail-in voting, you need look no further than the 2020 congressional election in New York’s 22nd Congressional District. As you may recall, Republican Claudia Tenney retook that seat, but the election wasn’t called until the first week of February 2021 and we’ll never know for sure who actually won. That confusion was caused by a combination of massive incompetence and, yes, fraud. In a race that was decided by 109 votes, there were literally thousands of votes that election officials could not determine for a judge whether the ballots had been counted once, twice, or not at all. That was just one aspect of the “massive incompetence” part of the problem.

But there was fraud as well, though perhaps not as widespread as people feared. In that district, it was definitely confirmed that ballots from three dead people were received and people were charged for the crimes. And those are just the ones that were caught because election workers recognized the names and had personally known the deceased. In addition to that, just in one county, we know of 54 people who either voted in person or attempted to vote in person after already having cast an early mail-in vote.

There is some voter fraud in every election, though fortunately, it doesn’t seem to be as endemic and widespread as some people have feared. But the examples I cited above make it obvious that the more mail-in voting you have, the more the door is opened for dishonest people to try to game the system. How many of them managed it without being caught will likely never be known, but it’s a provable fact that this sort of thing takes place. So spare us all of your sanctimonious preaching about “baseless attacks” and “false claims” about voter fraud issues stemming from massive mail-in voting.