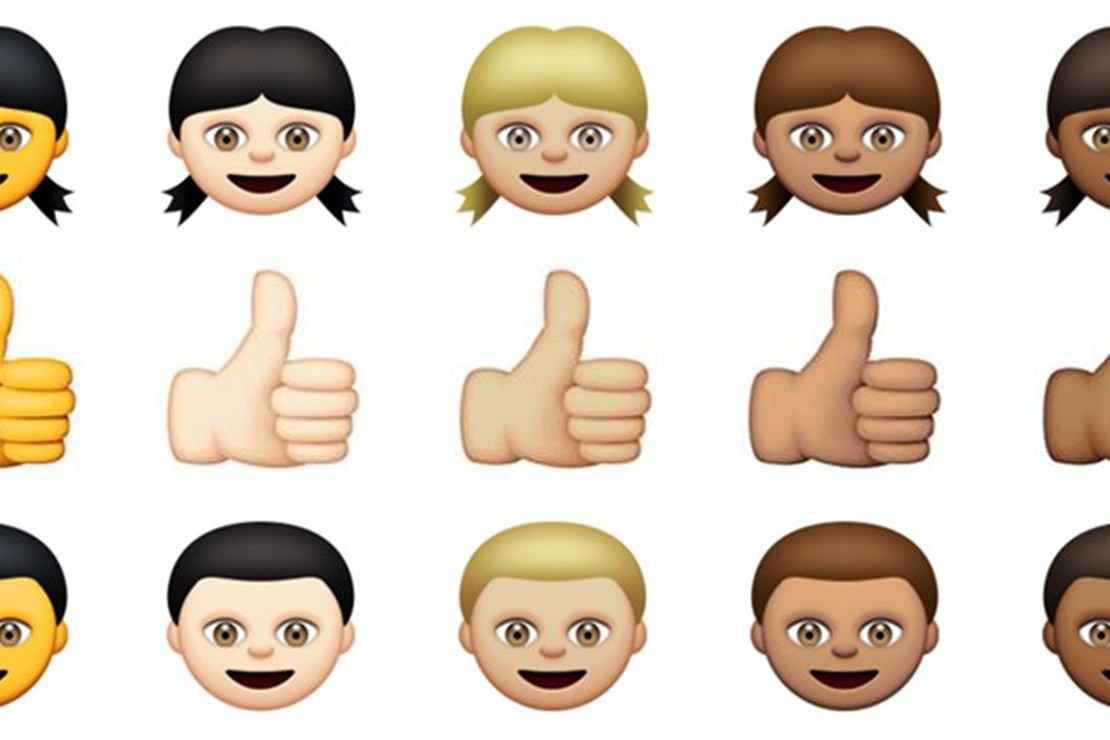 The answer, of course, is “either,” as woke discourse may require.

This NPR meditation on proper progressive etiquette when communicating like a four-year-old reminds us that the stakes are never so low that one can afford to stop thinking about race. The thumbs-up symbol that you absentmindedly texted to a colleague to signal assent to whatever inane thing they just said may mean nothing to you — but may be a microaggression to them.

And if you were to pause and thoughtfully choose a more race-appropriate emoji for your thumbs up, that too might be a microaggression.

The point here, I think, is simply to maximize the circumstances in which one might reasonably take offense to the most harmless of gestures. And you can’t get any more maximized than “offensive no matter what you do.”

Some white people may choose 👍 because it feels neutral — but some academics argue opting out of 👍🏻 signals a lack of awareness about white privilege, akin to society associating whiteness with being raceless.https://t.co/9g3rochT0K

If you’re white and you’re using the Simpsons-ish default yellow hand, you’re hiding your own white privilege. As a member of the white majority, you may be lucky enough to live in a world where race doesn’t matter but not everyone is so fortunate.

Of course, if you make a deliberate choice to use the white emoji, you’re highlighting your white identity. How are we going to build a world where race doesn’t matter if you can’t even use a race-neutral emoji?

I urge you to read the full piece, which, among other things, informs us that there are people who call themselves “emoji researchers” by trade.

[S]ome white people may stick with the yellow emoji because they don’t want to assert their privilege by adding a light-skinned emoji to a text, or to take advantage of something that was created to represent diversity…

But Zara Rahman, a researcher and writer in Berlin, argues that the skin tone emojis make white people confront their race as people of color often have to do. For example, she shared Sarai Cole’s confusion when someone who is white uses a brown emoji, so she asked some friends about it.

“One friend who is white told me that it was because he felt that white people were overrepresented in the space that he was using the emoji, so he wanted to kind of try and even the playing field,” Rahman said. “For me, it does signal a kind of a lack of awareness of your white privilege in many ways.”

If you’re white and you’re using black emojis to signal that black skin is as mainstream and appropriate as any other to serve as a default, guess what, buddy: You just proved you’re a racist.

Kind of a racist, anyway. Insensitive to your own privilege, at least, by appropriating a racial identity that dark-skinned people can’t shed at will.

Rahman went on to tell NPR that the yellow default emoji is also problematic. It’s deemed “neutral” because it resembles the skin tone of the main characters on “The Simpsons,” but there are black and Indian people on that show whose skin looks different.

Which I guess means the default yellow emoji is an example of what we might call “Apu erasure.”

There are no less than three bylines on the NPR piece, by the way. It took a team of reporters to put together a story about the racial complexities of a form of communication so lowbrow that a chimp could probably be taught how to use it.

Speaking of lowbrow, I have no exit question for this post so I’ll leave you with this, another viral tweet from this afternoon.

Just to clear things up, @RepMTG