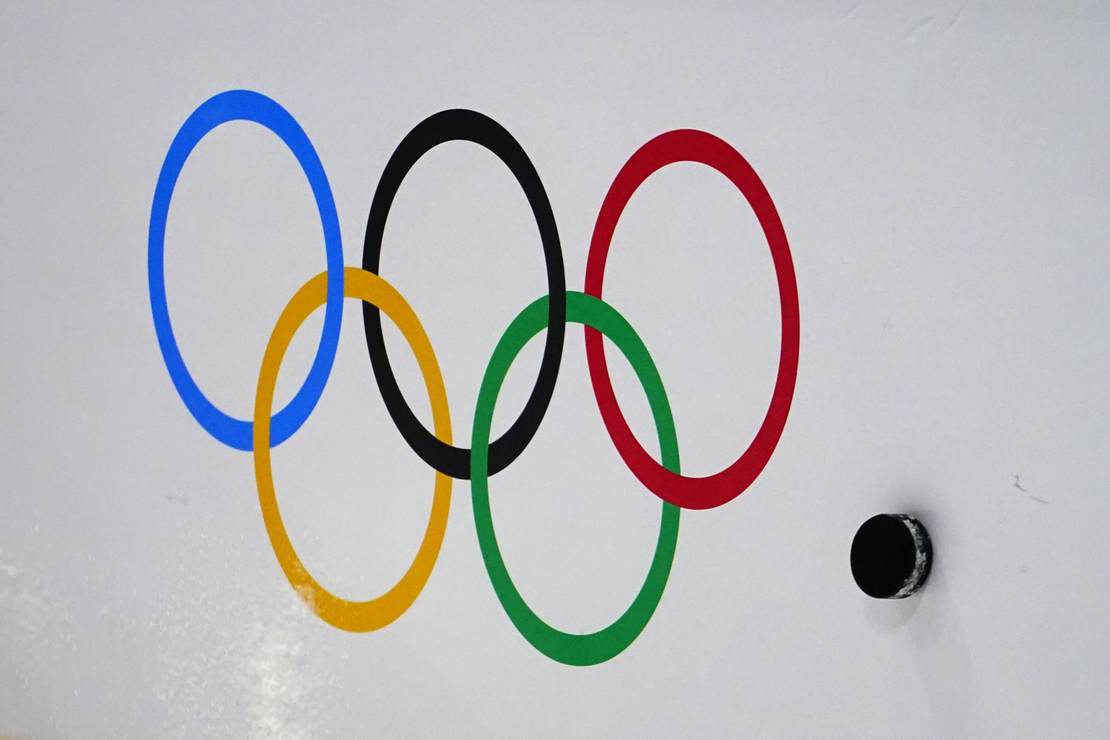 Ukrainian skeleton athlete Vladyslav Heraskevych caught the attention of cameras after one of his runs on Friday when he flashed a homemade sign at the cameras. He had a simple political message for the world – “No War in Ukraine”. It was the first such political gesture during the 2022 Beijing Olympics.

Heraskevych held up the message printed on a blue-and-yellow piece of paper, matching the colors of his country’s flag.

“No War in Ukraine”

Ukraine’s Vladyslav Heraskevych flashed a small sign to the cameras as he finished his #Beijing2022 skeleton run. https://t.co/8J3FmdmDxK

He only did it once, he didn’t do it after his second run of the night, which was his fourth and final run of the Olympics.

“In Ukraine, it’s really nervous now,” Heraskevych said. “A lot of news about guns, about weapons, what’s to come in Ukraine, about some armies around Ukraine. It’s not OK. Not in the 21st century. So I decided, before the Olympics, that I would show my position to the world.”

It’s interesting that he is the only Ukrainian athlete delivering that message to the world. Perhaps they are not as concerned about a potential invasion by Russia, listening more to their political leadership who keep urging Ukrainians to remain calm and carry on with their lives. Biden and the State Department seem more alarmed about an imminent invasion by Russia than the Ukrainians are. As I write this post, Biden and Putin are speaking in a phone call – Biden is spending the weekend at Camp David. I’d like to say I think Biden can handle it but who could think that, especially after how he botched the exit from Afghanistan and the deaths of thirteen military members at the airport in Kabul? Those thirteen deaths were the first deaths in eighteen months in Afghanistan. It’s reasonable for an Ukrainian athlete to feel compelled to deliver a message of peace to the world.

After he held up the sign, Heraskevych said he hoped that the IOC would support him. He wasn’t concerned about any repercussions. As it turned out, he will not receive repercussions from the IOC. Holding up his sign to the cameras could have been seen as a violation of Rule 50 of the Olympic Charter. That rule states that “no kind of demonstration or political, religious or racial propaganda is permitted in any Olympic sites, venues or other areas.”

“This was a general call for peace. For the IOC the matter is closed,” the Games’ governing body said Friday night.

Heraskevych earlier said he was not concerned about any possible repercussions.

“I hope the Olympics will (support) me in this situation. Nobody wants war,” said Heraskevych, who was not a medal contender. “I hope it helps … make peace in our country.”

It was smart of Heraskevych to not call out any politician or world leader in particular, like Putin or even Biden, and instead choosing to keep it a general message of peace. Since the IOC is not punishing him, will other Ukrainian athletes come forward with their own small signs to flash for the camera? For context, the IOC relaxed its Rule 50 before the Tokyo Games. Athletes were allowed to make political statements before the Games began. We know there is often a political element to the Olympics. The Games have a long history of athletes using their time on a world platform to advance their political agendas. American gold medalist Tommie Smith and American bronze medalist John Carlos both raised black gloved fists in Mexico City to protest racial injustice in the United States.

There has been plenty of whitewashing of Communist China during the international games, to be sure. American media has gone along to get along with its coverage for the most part. Occasionally mention is made of the plight of minorities like the Uyghurs but mostly there is either silence or some whataboutism at play. It has been noted that Chinese talking points have a way of making their way into reporting. One guest on an ESPN show conflated the brutality of the CCP, including genocide, with police brutality or alleged voting rights suppression. J.A. Adande, the director of sports journalism at Northwestern University’s Medill School of Journalism said, “And who are we to criticize China’s human rights records when we have ongoing attacks by the agents of the state against unarmed citizens and we’ve got assaults on the voting rights of our people of color in various states in this country.”

The media uses weasel words when doing their coverage of China and the Olympics. Hudson Institute Senior Fellow Nury Turkel calls it “clumsy”. Words like “human rights abuses,” “mass detention,” “mistreatment,” and “alleged genocide” don’t fully describe what is happening to people like the Uyghurs in China. At the end of the Trump administration, Secretary of State released a determination that China commited crimes against humanity and genocide against the Uyghurs. Incoming Secretary Blinken immediately agreed with that determination. “That would be my judgment as well,” Blinken said.

The United States and other countries have put a diplomatic boycott in place against the Beijing Olympics. However, that action will not make any difference to China. They will carry on with their show, putting their best face forward. Nothing will change until the IOC decides to make better decisions in granting countries as hosts of the Games. Some countries should be on a no-brainer list of bad actors not deserving of hosting the Games. China is certainly at the top of that list. As long as the media handles coverage with kid gloves and American corporations are willing to sponsor the coverage for profits, brutal dictators will continue to act with impunity.