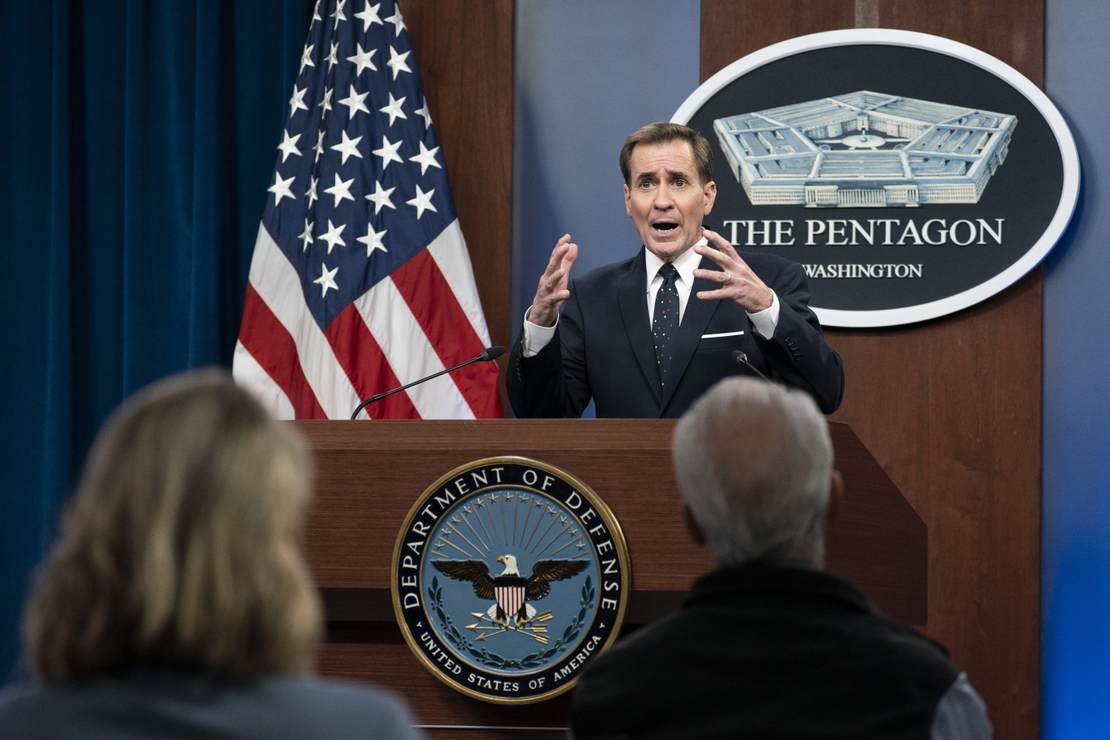 For a country that’s supposedly not preparing to go to war, the United States is certainly acting like one today. As had been previously suggested by the Pentagon, President Biden today ordered a number of different troop movements in Europe. 2,000 troops currently at home will deploy to Poland and Germany. Another 1,000 troops already in Europe will be sent to Romania. And Pentagon spokesman John Kirby announced that other troop movements are expected in the coming days. Of course, he’s also insisting that these troops are “not going to fight in Ukraine” and these moves are not considered permanent. If Joe Biden is playing chess with Vladamir Putin, it sounds like Putin needs to make the next move. (NBC News)

“These forces are not going to fight in Ukraine. They are not permanent moves. They respond to current conditions,” the official added.

Considering that Romania and Poland both share a border with Ukraine, that’s a rather aggressive move on Biden’s part. Then again, 2,000 troops in Romania really isn’t much of a deterrent when stacked up against 130,000 Russian troops if they all come over the border. But given the testy mood that Putin has been in recently, it’s not hard to picture him throwing a fit today. One of his many unmet demands was that there be no further eastward movement of NATO troops and weapons. Instead of pulling back, we are now pushing even more muscle in that direction.

There are a couple of ways to look at this latest move. One possibility is that the west realizes that Vladimir Putin respects strength. When he senses weakness he seeks to take advantage of it. This may have been designed by the White House as just such a show of strength and a test of Putin’s own commitment. If so, I can’t really argue with that strategy.

But at the same time, Biden keeps insisting that if Putin attacks Ukraine (other than a “minor incursion,” anyway) the “swift response” will be strictly economic in nature. And even today he’s insisting that our troops are not going to be fighting “in Ukraine.” Unless he envisions actually fighting on Russian soil (which would be insane), what are the troops there for? Does he plan on sending them to Moscow to deliver a copy of the list of new sanctions and hand Putin a bill?

That’s part of the problem I’m seeing with this strategy. A show of strength doesn’t tend to work unless the person you are targeting actually believes there’s a real threat of military consequences behind it. Putin clearly isn’t afraid of more sanctions and such sanctions could be put in place without a single one of our troops moving. If Vladimir Putin sees this as a bluff, it may turn out to be a bluff he’s willing to call.