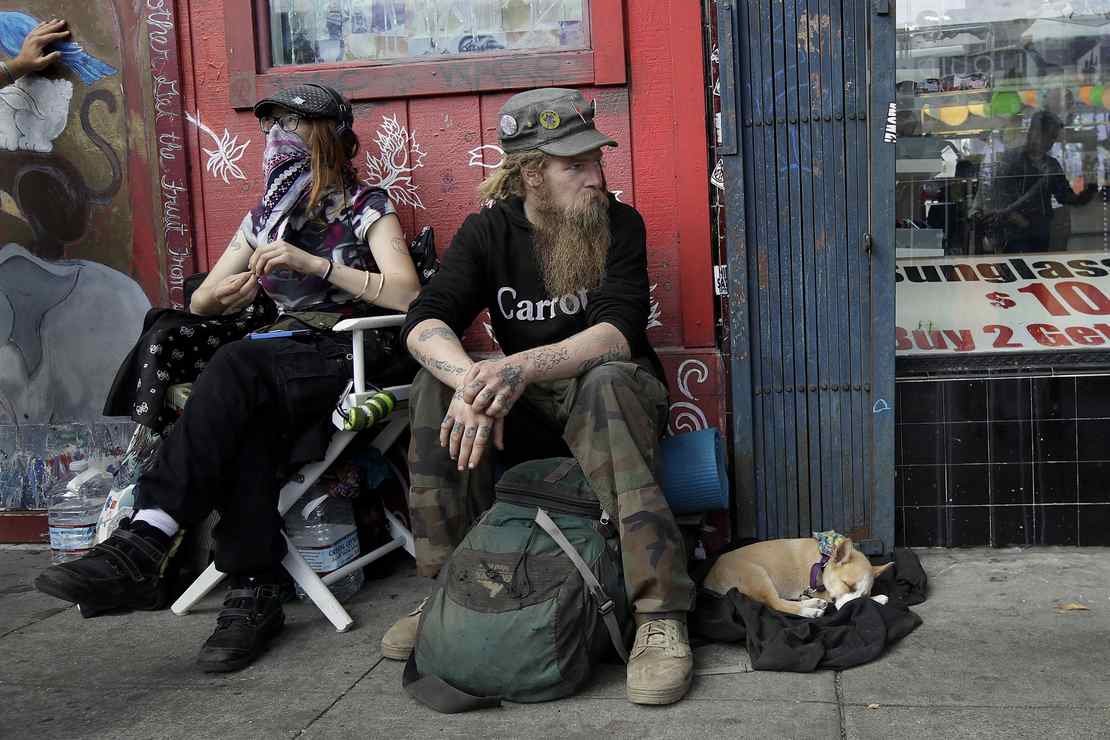 Homelessness is a big problem in the Bay Area with as many as 30,000 people needing shelter. Monday, the Mercury News reported on non-profit efforts to encourage homeowners to help out by renting a room to a homeless person. But in some cases, finding people willing to participate in these programs is a tough sell:

“This is something that someone can do when they just feel that despair of ‘oh my gosh, I just can’t stand seeing these poor people on the streets near my home,’” said Christi Carpenter, executive director of East Bay nonprofit Safe Time, which places unhoused college students and families in spare bedrooms for between one and six months. Since 2017, the group has made more than 60 placements…

Recruiting landlords also is a challenge for the Homecoming Project, which houses formerly incarcerated people – a group that’s often stigmatized. Using donations, the nonprofit pays hosts in Alameda and Contra Costa counties $30 a day to house someone in a spare bedroom for six months. Each former inmate is matched with a case manager to help them find a job and save money for a permanent home. Sex offenders aren’t eligible.

“When we first started talking about this project people thought we were crazy. You’re going to put somebody from prison into somebody’s house?” said Aishatu Yusuf, vice president of innovation programs at Impact Justice, which runs the project.

According to Yusuf, none of the 70 people her group has placed in homes have gone back to jail. So maybe it’s been a success on the small scale, though obviously 70 people is not putting much of a dent in the homeless population of the Bay Area.

Also Monday, Michael Shellenberger wrote a piece for Bari Weiss’ Substack site about a new program being run in San Francisco. His take on the city’s new supervised drug consumption site is much less upbeat.

The city is running a supervised drug consumption site in United Nations Plaza—just blocks away from city hall and the opera house—in flagrant violation of state and federal law. (Two weeks ago, my colleagues and I broke the story. The San Francisco Chronicle confirmed our reporting.) There, city-funded service providers supervise people smoking fentanyl and meth they buy from drug dealers across the street.

The city is carrying out a bizarre medical experiment whereby addicts are given everything they need to maintain their addiction—cash, hot meals, shelter—in exchange for . . . almost nothing. Voters have found themselves in the strange position of paying for fentanyl, meth and crack use on public property.

You can go and witness all of this if you simply walk down Market Street and peek your head over a newly erected fence in the southwest corner of United Nations Plaza. You will see that the city is permitting people to openly use and even deal drugs in a cordoned-off area of the public square…

“In that tent on Market Street everyone is shooting dope,” complained a senior employee of a major city service provider, speaking of the scene at the plaza. “It’s insane. All the staff standing around watching them. It’s fucking ridiculous. I don’t know how anybody thinks that helping a drug addict use drugs is helping them.”

Officially, the city claims this site is a “Linkage Center” which helps connect addicts to services. But Shellenberger reports that in the 19 days the site has been in operation, with a couple hundred people showing up every day, only two people have agreed to go to detox. One addiction expert Shellenberger spoke with from Stanford’s School of Medicine compared the current site to “have an AA meeting in a bar.” If people are coming there supposedly to find help and what’s actually happening is an open drug market, you’re not helping those people. Not every idea for dealing with the homeless problem is a good one.

Shellenberger’s piece is all worth reading. He also includes this remarkable interview with a homeless drug addict who was very open about what it costs to feed his daily habit and how he gets the money to do that.

People say high rent causes homelessness but Ben, who has been homeless in San Francisco for 7 years, says the “vast majority” are homeless due to addiction. Just 6-7% are from SF. Ben says he “boosts” (shoplifts) and breaks into cars to pay for his $60/day heroin habit. pic.twitter.com/uewKTtBuOS