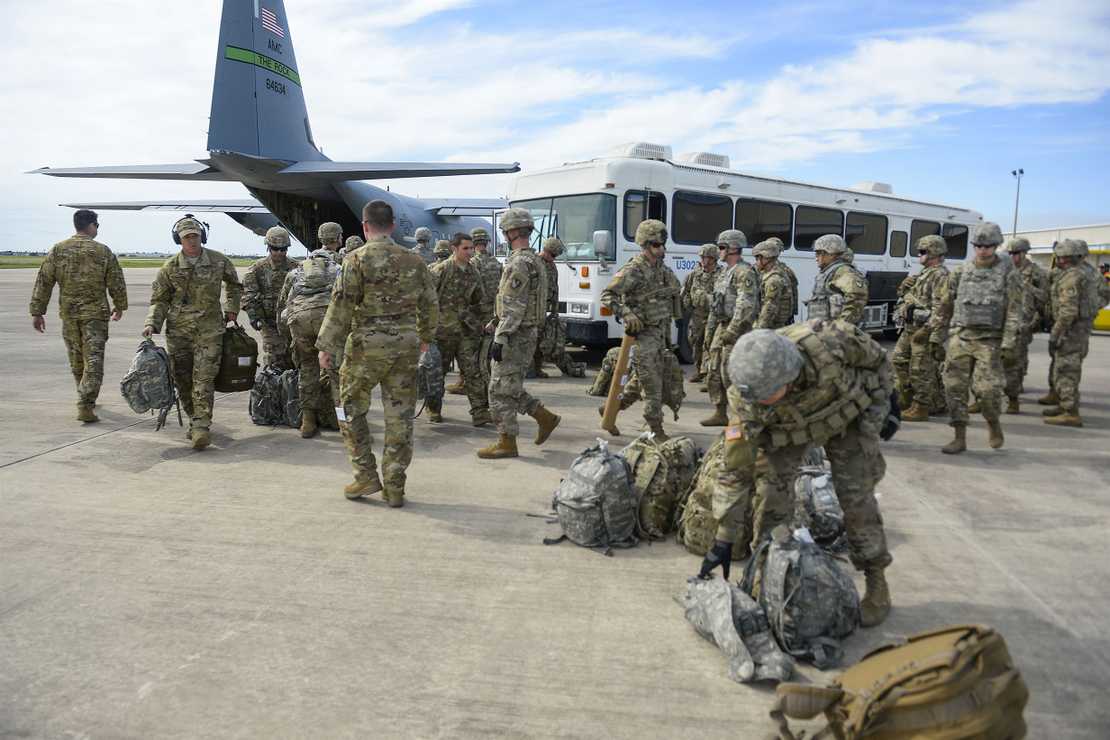 Unvaccinated troops from the Navy, the Air Force, and the Marines have already received their walking papers, with thousands of others stuck in limbo while their applications for exemptions from the vaccine mandate are processed. But up until now, the Army has been holding off on taking any action. That changed yesterday when the order went out to “immediately” begin processing the separation of soldiers who refuse to take the vaccine. This will likely impact thousands of troops, and most have already received disciplinary warnings as part of that process. What this will do to our force levels just as we begin shifting around troops in Europe remains to be seen. (Associated Press)

The Army said Wednesday it will immediately begin discharging soldiers who have refused to get the mandatory COVID-19 vaccine, putting more than 3,300 service members at risk of being thrown out soon.

The Army’s announcement makes it the final military service to lay out its discharge policy for vaccine refusers. The Marine Corps, Air Force and Navy have already discharged active-duty troops or entry-level personnel at boot camps for refusing the shots. So far, the Army has not discharged any.

According to data released by the Army last week, more than 3,300 soldiers have refused to get the vaccine. The Army has said that more than 3,000 soldiers have been issued official written reprimands, which suggests they are already identified in the disciplinary process, and some of them could be among the first to be discharged.

The Army will allow those who are eligible for retirement to exit in that fashion prior to July 1st. They continue to process requests for exemptions for religious, medical, or administrative reasons, but thus far very few such exemptions have been granted.

The troops being processed for this reason are being charged with misconduct. But thanks to a provision in the National Defense Authorization Act that was signed in December, they will all still receive either an honorable discharge or a general discharge under honorable conditions. That’s important because any other sort of discharge could threaten their ability to access their veterans’ benefits after returning to civilian life.

These decisions still strike me as curious, particularly with the looming potential of military action in Europe. It’s not a great time to be peeling off troops. Also, all of the services are now up to more than 90% vaccination rates. Our service members, particularly the younger ones, tend to be among the healthiest and fittest men and women in the country. They should therefore also be among the least likely to experience the most severe symptoms of COVID. Booting them for this reason, particularly at a time like this, just seems short-sighted.

But with that said, it remains true that our military service members don’t enjoy the same breadth of fundamental freedoms that civilians do. For better or worse, the vaccination mandates were issued as orders from their superiors. And failure to follow an order will land you in trouble in every branch of the service. That’s particularly true during basic training, where even one instance of misconduct can send a recruit packing and on their way back to the civilian world. The Pentagon has already announced the discharges of a number of recruits who washed out of boot camp when they refused to accept the COVID vaccine during their initial medical testing and procedures.

We can probably survive the loss of two to three thousand soldiers and still be able to carry out the mission. But as COVID vaccine requirements become part of the initial screening for new applicants, how many people who are willing to put on the uniform and serve will wind up being disqualified? Recruiting is difficult enough in the best of years, so shutting the door on a significant swath of young people will only make meeting those goals even more challenging.