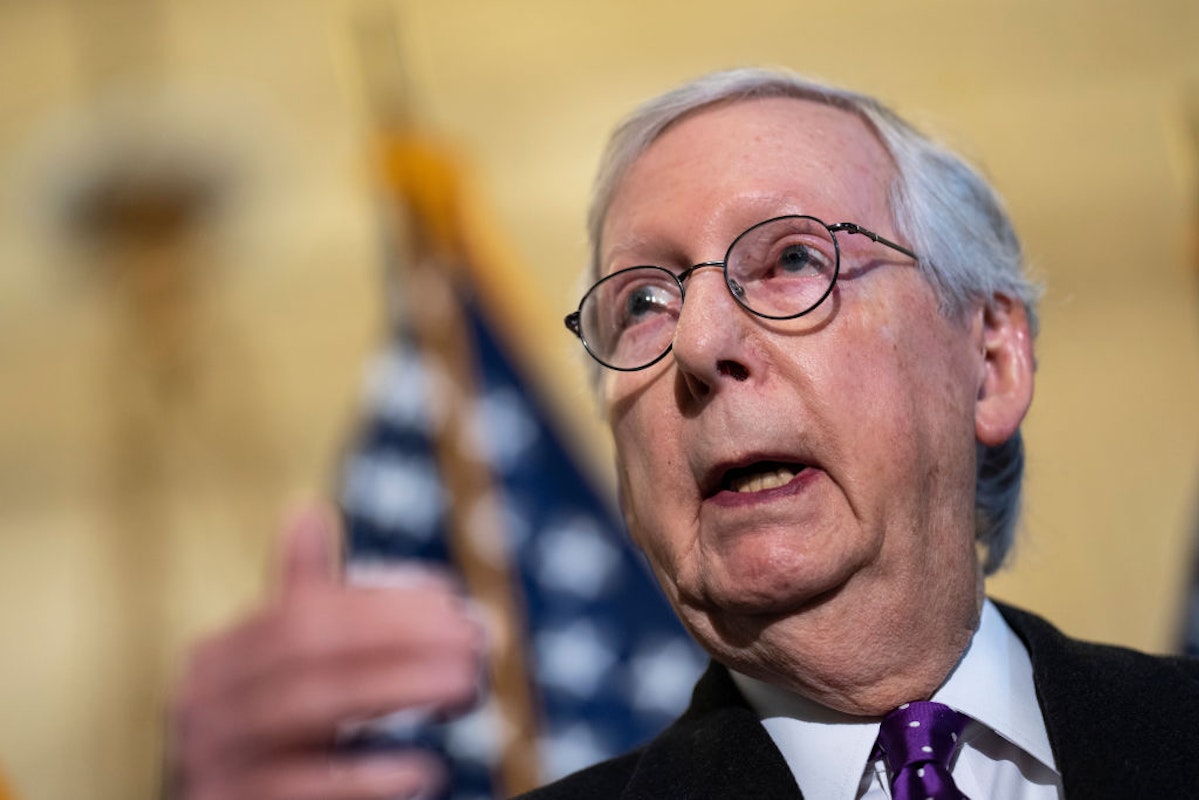 Senate Minority Leader Mitch McConnell shut down a question about whether or not he had enough black women on his staff to effectively help him navigate the process surrounding President Joe Biden’s imminent Supreme Court nomination.

The question, which was posed by Latino Rebels correspondent Pablo Manriquez, was highlighted by Forbes in a tweeted video clip on Tuesday afternoon:

Question: “How many Black women do you have on staff and how are they informing your decision to move forward with the SCOTUS nomination.”

McConnell: “Actually, I haven’t checked. We don’t have a racial quota in my office. But I’ve had a number of African American employees.” pic.twitter.com/z6e0Cowjkc

“How many Black women do you have on staff and how are they informing your decision to move forward with the SCOTUS nomination?” Manriquez asked, adding that he’d also like to have the same question answered by the other senators who were present at the press conference.

“How many what?” McConnell asked. Twice, the Republican leader asked Manriquez to repeat the question, finally suggesting that he remove his mask so that everyone could better hear what he was asking.

“How many Black women do you have on staff and how are they informing your decision to move forward with the SCOTUS nomination?” Manriquez removed his mask and asked for the third time.

“Yeah — Actually, I haven’t checked. We don’t have a racial quota in my office. But I’ve had a number of African American employees, both male and female, over the years in all kinds of different positions, including speechwriter,” McConnell’s response was matter-of-fact.

Manriquez appeared to be implying that unless he was being advised by black women, McConnell would not be equipped to navigate the Supreme Court confirmation process of Biden’s eventual nominee — whom the president has promised will be a black woman.

The Independent’s Washington correspondent Eric Michael Garcia responded to critics — who attacked McConnell, claiming he didn’t know how many black female staffers he had because he didn’t have any — in a series of tweets.

“It’s easy to call out Mitch McConnell for his lack of Black women on his staff, but if you follow @Dear_White_Staffers on Instagram, you would know that some of y’all’s progressive favs do even worse when it comes to hiring Black women,” Garcia began.

“Incidentally, I don’t know of Black women but I DO know Daniel Cameron, who is Kentucky’s Attorney General and a Black man, is a former McConnell legal counsel,” Garcia added.

President Biden is expected to announce a nominee to replace retiring Supreme Court Justice Stephen Breyer — who will step down at the end of the court’s current session this summer — in the coming weeks, and he has promised several times that he will nominate the first black woman to fill Breyer’s seat.