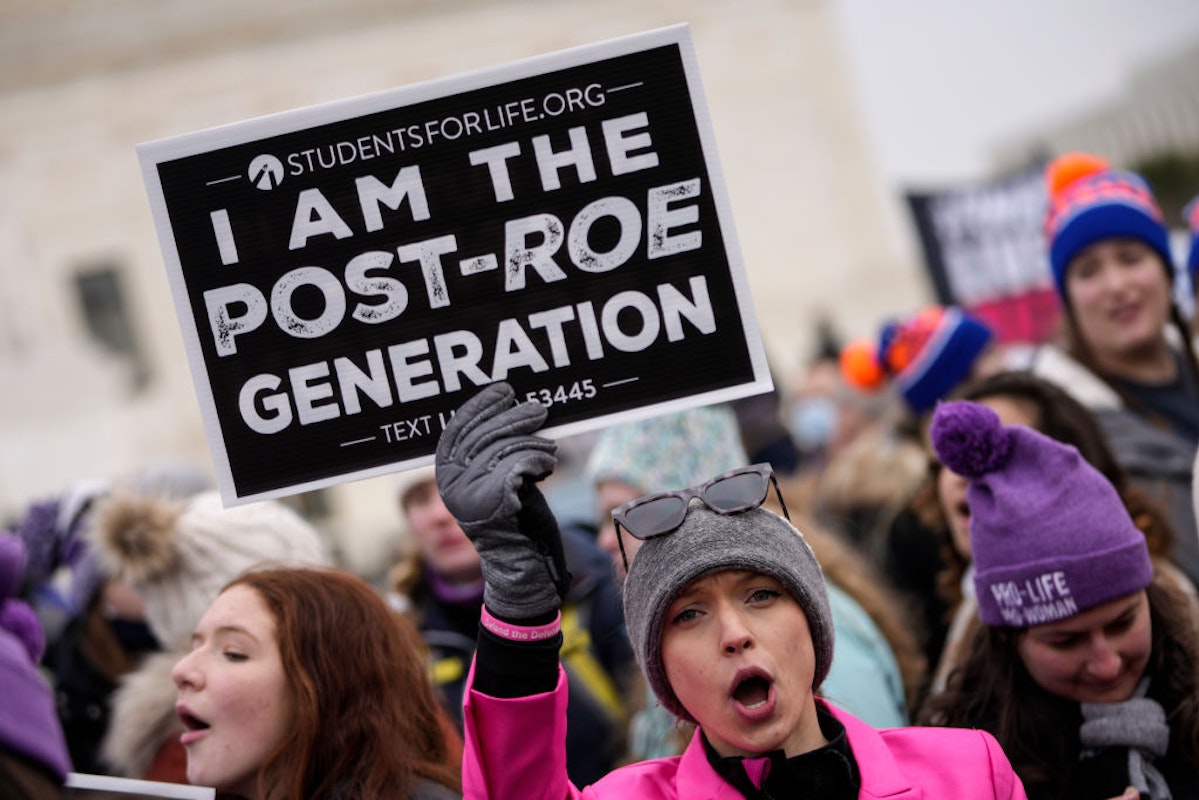 Down syndrome rights activist Katie Shaw spoke before a crowd of tens of thousands of pro-life protesters at the annual March for Life in Washington, D.C., Friday, emphasizing to attendees that each life holds value, no matter their ability or size.

“Equality begins at the moment of conception,” said Shaw, who happens to have Down syndrome. “I am proud to be here today to march and show the world that people with disabilities need a chance to live their lives outside the womb.”

“There is a waiting list of babies with Down syndrome to be adopted, yet 80% of us are aborted,” Shaw, 37, continued the speech. “I am broken-hearted to think of all my friends who are not here today because of abortion.”

“There is a waiting list of babies with Down syndrome to be adopted, yet 80% of us are aborted. I am broken-hearted to think of all my friends who are not here today because of abortion.” -Katie Shaw, Down Syndrome Advocate

Before she gave her address, the activist told Susan B. Anthony List that “everybody has a soul, no matter how small.”

“We all have an equal life, and it starts in the womb,” she said. “Everybody has a soul, no matter how small.”

“Having a disability or not,” Shaw continued, “should not matter” when it comes to your right to life.

The Susan B. Anthony List reporter noted that, unfortunately, a diagnosis of a disability often does matter, and an unborn child can be killed by abortion because of it.

“I think adoption is better than abortion,” Shaw responded, adding that children should be open to “adoption, not abortion.”

We’re joined by #DownSyndrome rights activist Katie Shaw at the March for Life. Katie is an outspoken advocate for equal rights for ALL unborn babies, regardless of their differing abilities #WhyWeMarch #ModernizeOurLaw pic.twitter.com/mA6IBCvx96

Related: The March For Life Returns To D.C. Amid Renewed Hope

On the heels of the March for Life, a report from The Daily Signal outlined elected Republicans’ demand for answers from the Food and Drug Administration (FDA) over a bombshell New York Times report showing that “the vast majority of noninvasive prenatal tests are inaccurate.”

“When I first read the troubling New York Times story on noninvasive prenatal testing, I thought of my godson, who was recommended for abortion following a prenatal screening,” Rep. Chip Roy (R-TX) told The Daily Signal. “He was born perfectly healthy, and to this day I am thankful that his parents chose life over fear.”

“Many others folks I know have stories like this,” the representative added. “These tests have always raised ethical concerns because they can be used for eugenic purposes, and these recent findings about their efficacy only make the problem worse.”

Shaw, a faithful Catholic, told EWTN in 2020 that she became a pro-life advocate “because of God calling me to tell everyone Psalm 139:14: ‘I am fearfully and wonderfully made.’”

“My Catholic faith keeps me strong and knowing God is behind me,” the advocate added.

“Shaw serves on the board of Down Syndrome Indiana, meets with politicians such as then-president Donald Trump, and lobbies for pro-life legislation, particularly legislation prohibiting the discrimination of unborn babies diagnosed with Down syndrome,” Catholic News Agency reported.