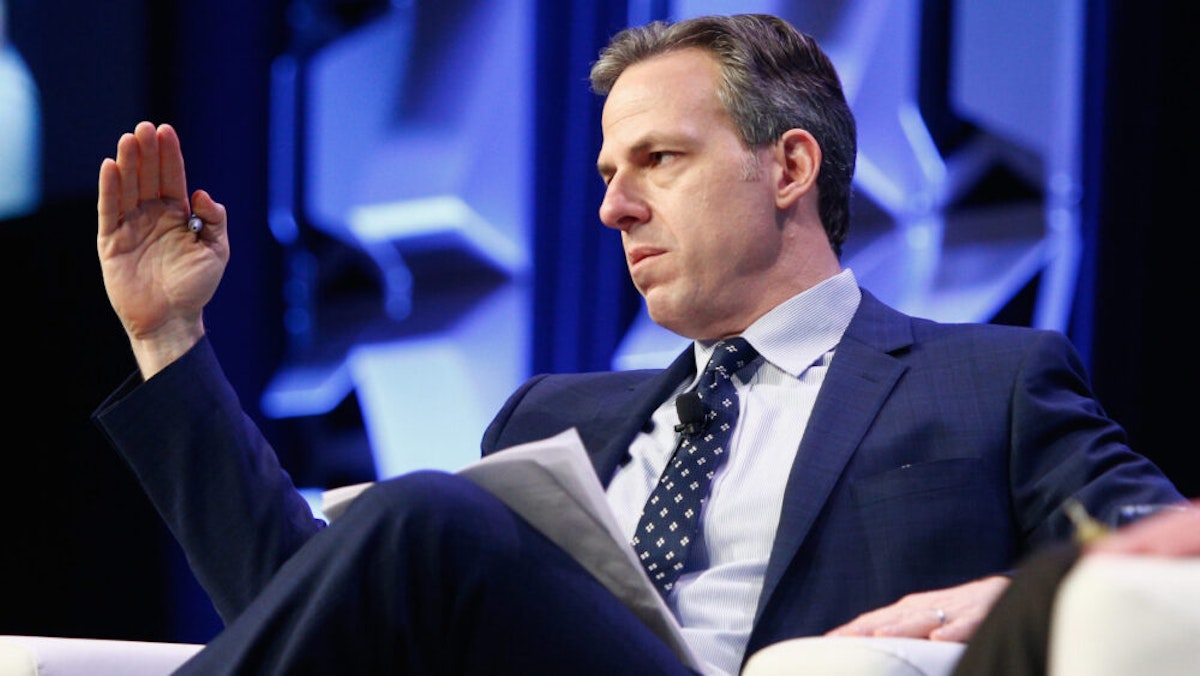 On Thursday night, following the presidential debate between President Trump and Democratic presidential nominee Joe Biden, CNN’s Jake Tapper decided to turn venomous, terming the president’s campaign “the single most negative, sleazy campaign in American history for a major party candidate” and warning Americans that “it’s going to be so heinous over the next 11 days and people should just be prepared for it.”

“The president, even though he leaned into it a little bit, but he didn’t really go full-bore, which I think was wise, or at least not stupid,” said Tapper, adding, “he is running the single most negative, sleazy campaign in American history for a major party candidate.”

“Now it used to be that people would be negative,” Tapper continued, as co-host Dana Bash commented on Tapper’s “negative, sleazy” remark, “That says something.”

Tapper offered no critique of Biden declaring Trump “racist” and a “clown” in a presidential debate, comparing the president to a Nazi leader, and repeatedly floating debunked Russian conspiracy theories.

Tapper continued by citing an example of the GOP using hardball tactics from 1988: “Well, it used to be people would be negative, and you could always say, ‘Well, don’t forget the campaign against Dukakis.’”

Unsurprisingly, Tapper did not mention the most egregious and vicious example of a negative campaign in modern presidential history, the infamous “daisy” ad produced by Democrats when the LBJ campaign attacked GOP presidential candidate Barry Goldwater insinuating that Goldwater would instigate a nuclear war.

Tapper continued with a dire warning for Americans that they should beware of supporters of Trump:

Or historians like Beschloss would come on and say, “In 1800, Jefferson had pamphleteers who accused John Adams of being a hermaphrodite,” or whatever. The campaign that Trump and his allies in the media, and members of his family, and the Trump-allied websites and such, are leveling, with charges so heinous I’m not even going to say them. Just nonsense, crap, tied into QAnon, tied into Pizzagate, tied into the worst things you could say about a person with no evidence, just completely made up, is so disgusting, and so beneath what this election should be, and I just want viewers at home to be ready because all of their grandparents’ Facebook feeds and all of the Twittersphere, it’s going to be so heinous over the next 11 days and people should just be prepared for it. The president leaned into some of it, generally some of the sleazier, baseless accusations, not the worst, but it’s going to get a lot worse.

Bash stated: “You guys are talking about things that are potentially out of bounds or are out of bounds. But one of the things that has really frustrated Republicans, is that the president has not — until tonight which I think he did much, much more of than ever before — has not defined Joe Biden on policy issues that are genuinely different from Republicans’ that are way in bounds. And he did start to do that tonight. If the president can stay as disciplined — and I use that word very loosely — as he was tonight, just like he did four years ago in the end of the campaign, things could change. But it’s a very big if.”