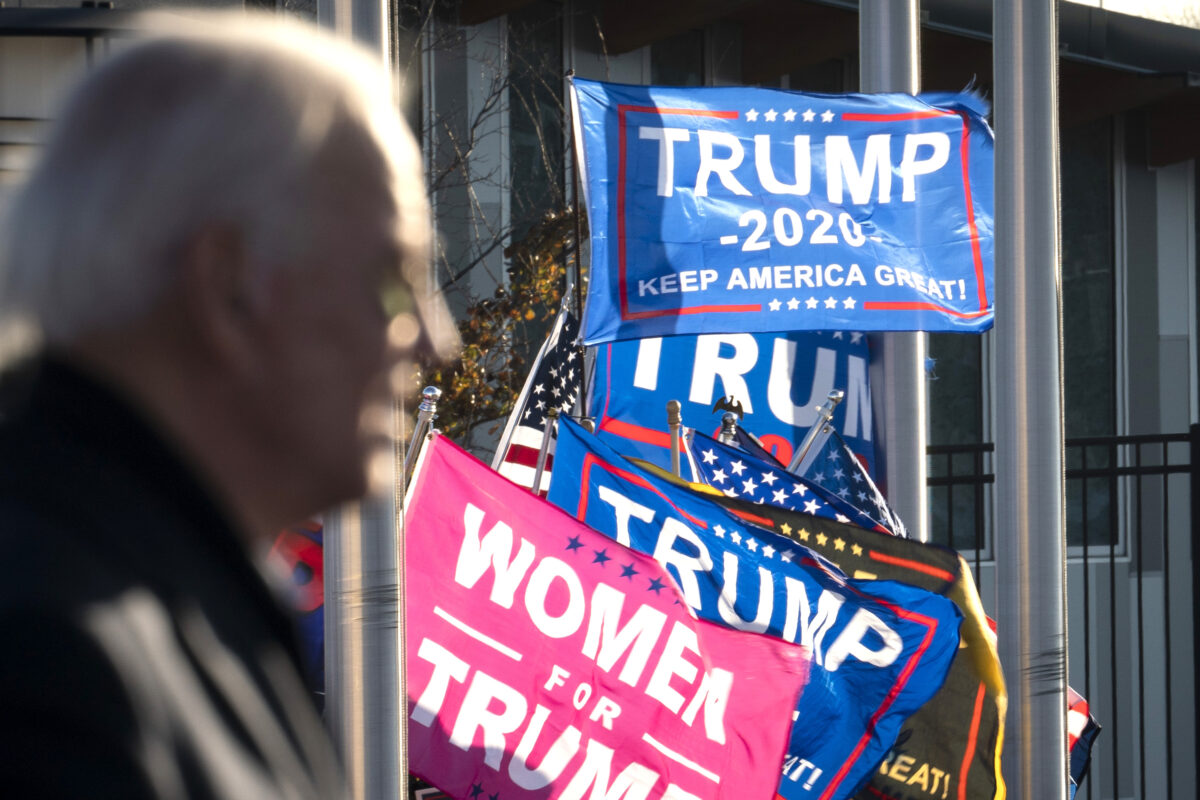 Democrat presidential nominee Joe Biden referred to a group of Trump supporters who showed up to his rally in Minnesota as “ugly folks” as they honked their horns at him.

“Look, President Trump is spreading division and discord,” Biden claimed. “He thinks that he can divide us, we won’t notice his failures, that’s what it’s all about. That’s why he shamelessly equates Somali refugees—folks seeking a better life in America, contributing to this state and our country—with terrorists, as he did last night.”

“We need a president who [will] bring us together, not pull us apart,” Biden continued. “I’ll deal with this pandemic responsibly, bringing the country together around testing, tracing, masking.”

“Dr. Fauci called for a mask mandate last week,” Biden added. “This isn’t a political statement like those ugly folks over there beeping the horns. This is a patriotic duty for God’s sake.”

As for Biden’s statement about terrorism, Fox News reported, according to FBI statistics, that “more men and boys from a Somali American community in Minneapolis have joined – or attempted to join – a foreign terrorist organization over the last 12 years than any other jurisdiction in the country.”

On The Issues: Although Biden now presents himself as a moderate, centrist figure, the totality of his political career, overall, suggests that he is a firm leftist. Biden has dabbled at times in moderation, including previous support for tough-on-crime legislation and his longstanding stance that he is “personally pro-life” despite his support of legalized abortion. However, he has long been a progressive on legal issues, economic issues, and foreign policy issues, and even preempted President Obama’s “evolution” when, in 2012, he confirmed that he was “absolutely comfortable” with same-sex marriage.

Constitution: As chairman of the Senate Judiciary Committee from 1987–1995, Biden oversaw two of the most contentious U.S. Supreme Court nominations in recent memory: Those of Reagan nominee Robert Bork and Bush nominee Clarence Thomas. Along with Sen. Ted Kennedy (D-MA), Biden helped orchestrate and lead the personally nasty, full-frontal assault that ultimately resulted in the Bork nomination’s failure. Biden’s legislative posture has indicated an expansive view of congressional regulatory power: He helped lead the passing of the Violence Against Women Act, which was partially invalidated on constitutional grounds by the U.S. Supreme Court in 2000.

Economy: Biden is best described as a Keynesian who believes in the purported economic benefits of large-scale government investments and deficit spending. Along with then-President Obama, Biden shepherded through a massive fiscal stimulus package in the duo’s first year in office, oversaw the passing of the regulation-heavy Dodd-Frank Wall Street Reform and Consumer Protection Act, dramatically expanded the national debt, and hiked income taxes on the wealthy. Biden has long been supportive of a greater federal role in infrastructure spending. On the issue of trade, Biden voted for NAFTA in 1993. Biden has opposed the privatization of Social Security.