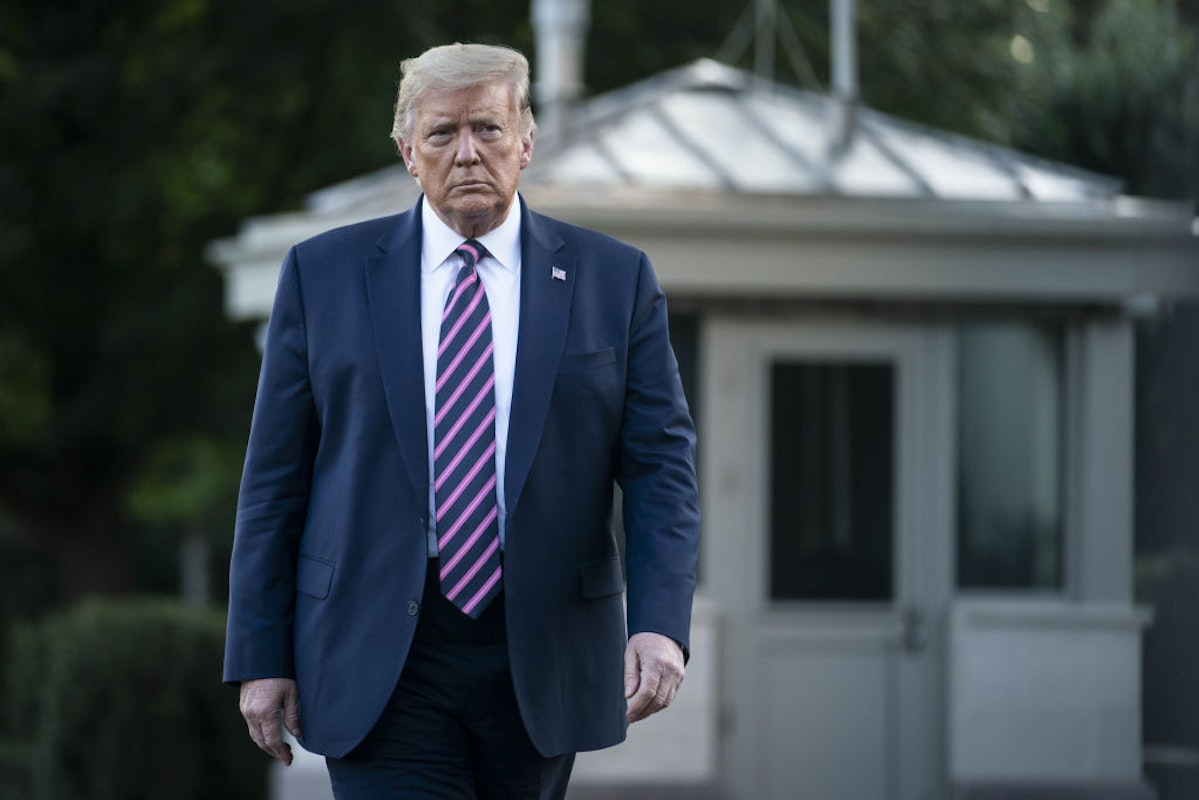 President Donald Trump is expected to announce his nomination to fill Ruth Bader Ginsburg’s at 5 p.m. ET on Saturday. On Saturday morning, the Trump re-election campaign sent an email to subscribers containing a countdown clock for the announcement.

As The Daily Wire reported Friday, reports have circulated that Trump is planning to announce Seventh Circuit Court of Appeals Judge Amy Coney Barrett, 48, as his nominee. CNN was the first to report the news, insisting as fact that Barrett is the nominee:

President Donald Trump intends to choose Amy Coney Barrett to be the new Supreme Court justice, according to multiple senior Republican sources with knowledge of the process.

In conversations with some senior Republican allies on the Hill, the White House is indicating that Barrett is the intended nominee, multiple sources said.

All sources cautioned that until it is announced by the President, there is always the possibility that Trump makes a last-minute change but the expectation is Barrett is the choice. He is scheduled to make the announcement on Saturday afternoon.

Multiple media outlets followed up CNN’s report by speaking to anonymous sources in the decision-making process. The New York Times spoke to “people close to the process who asked not to be identified disclosing the decision in advance” who told the outlet Barrett was the pick. The outlet cautioned that aides suggested “Trump sometimes upends his own plans,” but added that “he is not known to have interviewed any other candidates for the post.”

Barrett has long been considered a potential Supreme Court nominee and has already gone through a similar confirmation process when she was nominated to the Seventh Circuit. During those hearings, Democrats harped on her religion as disqualifying.

Democrats and their media supporters are doing the same thing now, making “The Handmaid’s Tale” references to Barrett, who is a Catholic. In addition, Democrats are now suggesting Barrett’s adoption of two Haitian children is unseemly, The Daily Wire’s Hank Berrien reported:

Dana Houle, who served as Chief of Staff for Democratic New Hampshire Rep. Paul Hodes and campaign manager for Hodes and for Democratic Connecticut Rep. Jim Himes, according to Boston Review, tweeted, “I would love to know which adoption agency Amy Coney Barrett & her husband used to adopt the two children they brought here from Haiti.”

“So, here’s a Q: does the press even investigate details of Barrett’s adoptions from Haiti? Some adoptions from Haiti were legit,” Houle continued. “Many were sketchy as hell. And if press learned they were unethical & maybe illegal adoptions, would they report it? Or not bc it involves her children. Would it matter if her kids were scooped up by ultra-religious Americans, or Americans weren’t scrupulous intermediaries & the kids were taken when there was family in Haiti? I dunno. I think it does, but maybe it doesn’t, or shouldn’t.”

He added, “I hope the adoptions were fully legit & ethical. I hope if press investigates that’s whay [sic] find. But if the adoptions were sketchy, reporting it would really screw w the lives of her 2 adopted kids (& maybe the 5 bio kids too).”

Another Democrat, NextGen America managing director John Lee Brougher, demanded more information “about the circumstances of how Amy Coney Barrett came to adopt her children, and the treatment of them since,” adding that “Transracial adoption is fraught with trauma and potential for harm.” Brougher has since protected his tweets.