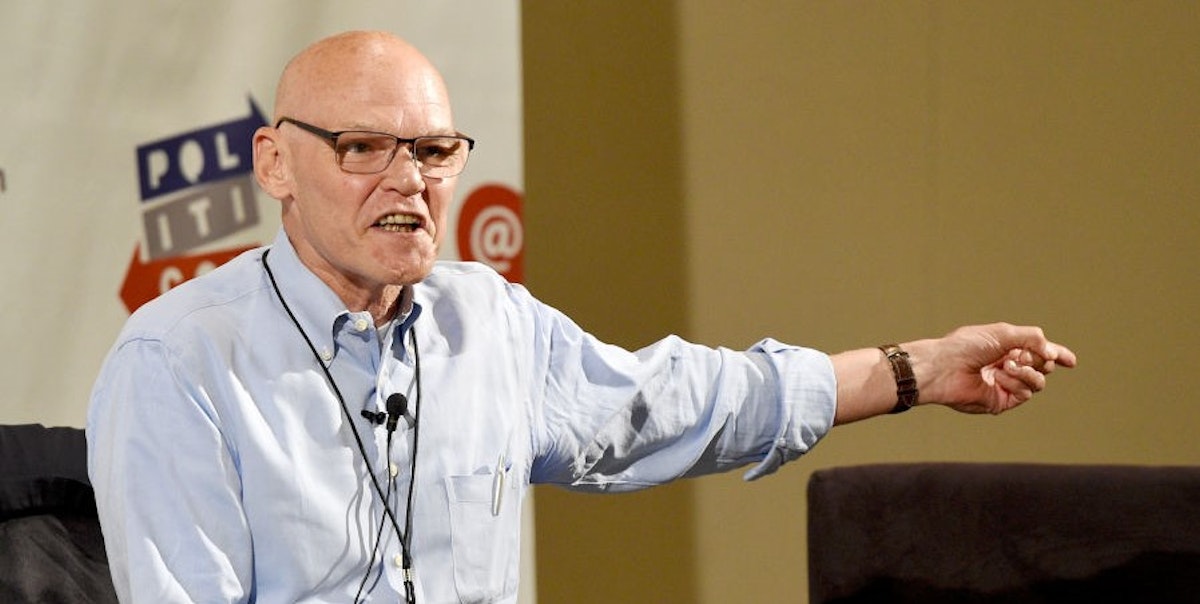 James Carville, a top Democrat strategist, slammed his own party during an interview with Vox this week for doing “stupid s***” and imploring his party to do “whatever it takes to get more political power.”

Carville warned that his party needed to take Democrats like Sen. Joe Manchin (D-WV) more seriously because “Manchin is closer to the mainstream than a lot of these people think, and pretending like he isn’t won’t help the cause.”

“[South Carolina Democrat] Jaime Harrison raised over $100 million only to lose his Senate race to Lindsey Graham by 10 points,” he said. “Amy McGrath runs for Senate in Kentucky and raises over $90 million only to get crushed by Mitch McConnell. They were always going to lose those races, but Democrats keep doing this stupid s***. They’re too damn emotional. Democrats obsess over high-profile races they can’t win because that’s where all the attention is. We’re addicted to hopeless causes.”

“B****ing about a Democratic senator in West Virginia is missing the damn plot,” he added.

Carville said that there are a lot of serious problems facing Democrats with the upcoming elections, including rising crime, skyrocketing inflation, turmoil on the global stage, and a pandemic that Democrat President Joe Biden has failed to end.

“What people have is a sense of disorder, and that will kill you every time in politics,” he said. “But yes, right now what the general public is reacting to, more than Democratic messaging, is a sense of disorder in the country. It’s just hard to break through [with] a message in that kind of environment.”

“Part of Biden’s lack of power is because the Republicans see that the Democrats are whiny. They can feel that weakness in the Democratic coalition,” he later added. “We’ve got to do whatever it takes to get more political power and that means we’ve got to win some elections. Just win some goddamn elections.”

The Daily Wire reported earlier this month on similar remarks that Carville made during an interview with NBC News.

“Now, I think a lot of the Democratic base has not been told or informed of the things that President Biden and this Congress has accomplished,” Carville claimed. “But to me, those are the things that, if I’m a Democrat, I much more care about that than some word in a dictionary — that children are going to bed with a full stomach and a warm, you know, a warm house. I care that somebody, an hourly worker, is not sitting there working away at $7.25 an hour. And I see these signs all over, even in Louisiana and south Mississippi, $700 signing bonus. Those are real accomplishments.”

“And it’s something that you can run on. And again, you don’t talk about what you didn’t get,” Carville continued. “That’s what these — Democrats whine too much, Chuck. Just quit being a whiny party. And get out there and fight, and tell people what you did. And tell people the exact truth. The Republican Party stands for nothing other than, ‘Let’s relitigate the 2020 election,’ or, ‘Let’s get back at Jamie Raskin.’ That’s it. That’s the entire platform.”