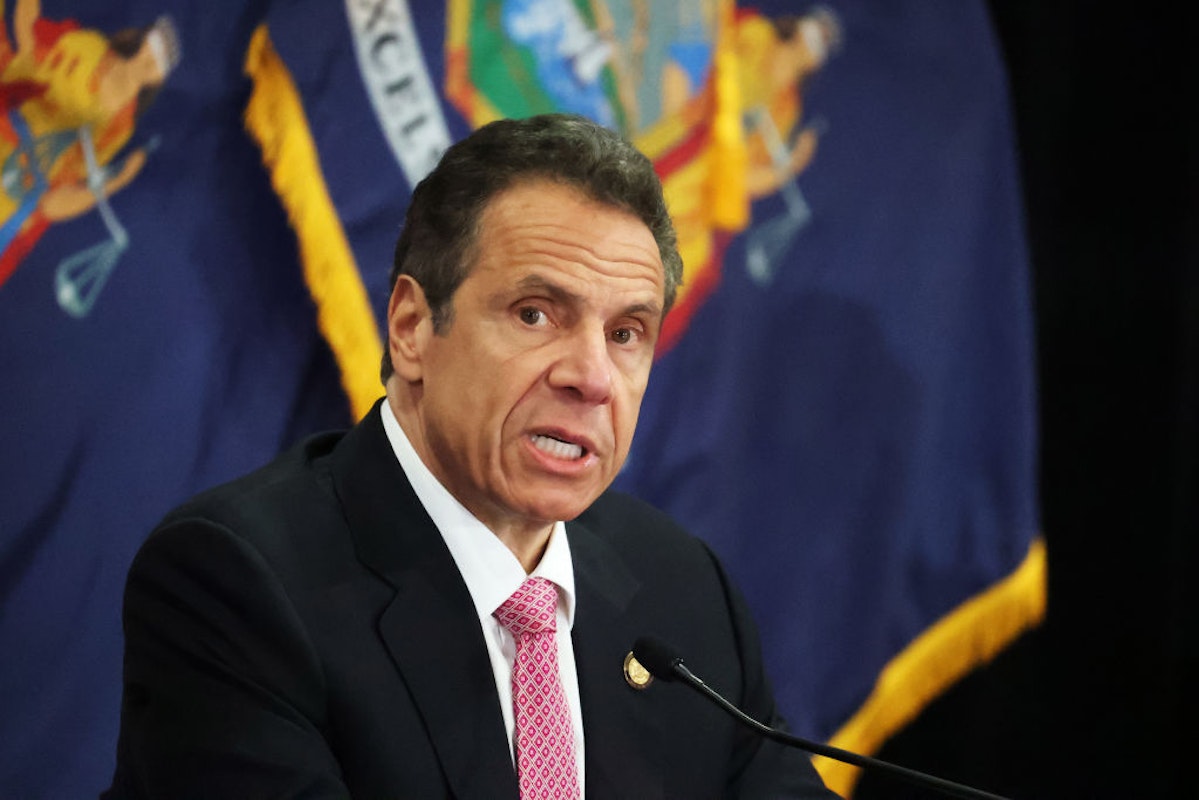 A 35-year-old New York state trooper who served as one of New York Governor Andrew Cuomo’s bodyguards either voluntarily chose or got a present from Cuomo when he reportedly started a relationship with Cuomo’s 25-year-old daughter: reassignment near the Canadian border, roughly 130 miles from his home.

Trooper Dane Pfeiffer and Cuomo’s daughter Cara Kennedy-Cuomo apparently started seeing each other roughly seven months ago when Pfeiffer was part of Cuomo’s Albany security detail and she was living in the Executive Mansion because of the COVID-19 pandemic. State police told The Daily Mail, “Trooper Pfeiffer requested a voluntary transfer to Troop B this past May, stating that he wanted to gain more field experience and further his career advancement track to the rank of sergeant. Such requests are routine, and it was granted.”

But other sources suggest it wasn’t so “voluntary.”

“He was transferred to keep him away from the daughter because the governor didn’t like whatever they were doing,” a source told The New York Post, which quoted another source saying that Pfeiffer routinely returns to the Executive Mansion to take Cuomo’s daughter out, which upsets Cuomo.

Other sources also claimed that Pfeiffer was sent away to a state police station in Plattsburgh as punishment for his relationship with Cuomo’s daughter. One law enforcement source said the relationship broke “the protocol of dignitary protection.”

“Pfeiffer reportedly lives in Saratoga Springs, meaning he has been slapped with a 260 mile-round commute to Plattsburgh,” The Daily Mail reported, adding, “Sources dubbed the trooper’s relocation ‘highway therapy’ — a tactic where officers have lengthy commutes pushed on them as an informal punishment.”

“Cuomo is limited in how much he can screw with him, so highway therapy is one of his few options,” a source told the Post.

Cuomo spokesman Rich Azzopardi protested that “the governor had nothing to do with the transfer — it was requested by the trooper.”

Oprah Magazine said of Andrew Cuomo, “During one of his briefings, he even revealed how he’s handling social distancing and self-isolation himself, noting that though it’s difficult to avoid seeing his family, but Cara was initially home with him. ‘The last thing you want, to be in Cara’s position is to hang out with the old man…listen to bad dad jokes,’ Cuomo said. But to be ‘with her a few months …what a beautiful gift that is.’”

“Cara Kennedy-Cuomo is an Associate at 17 Asset Management, a global firm that designs and manages investments aligned with the 17 United Nations Sustainable Development Goals,” rfkhumanrights.com states. “She is also a partner at Sahar Global Summits, where she leads the group’s diversity and inclusion division.”