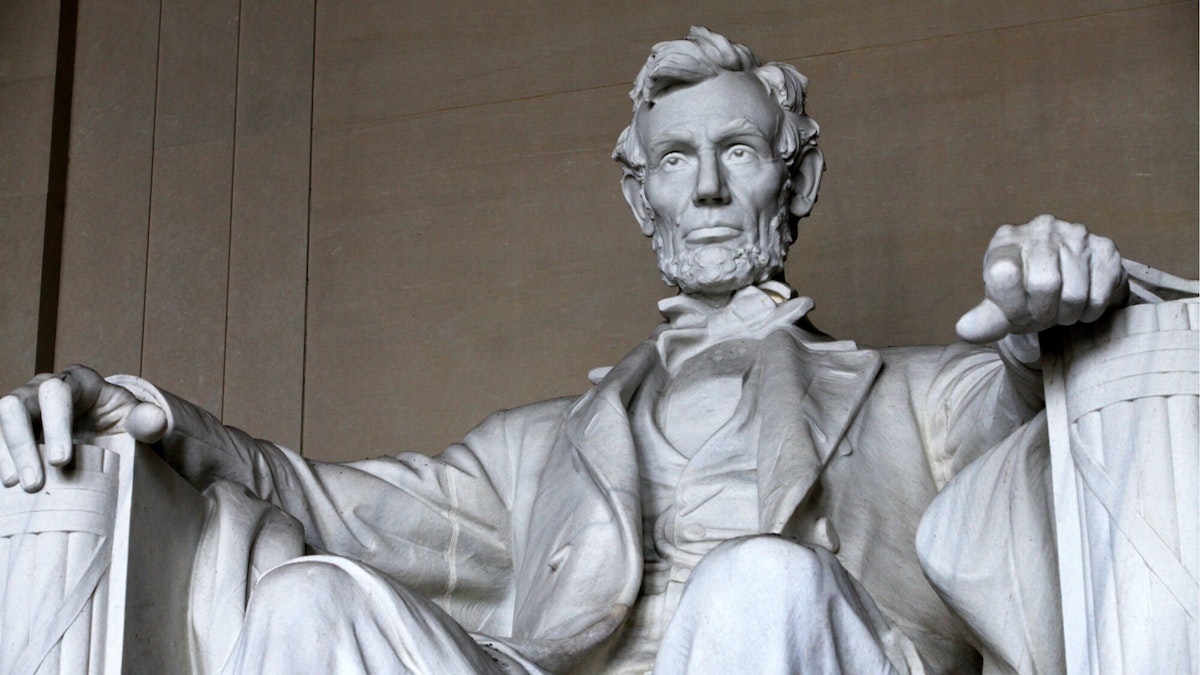 I find myself drawn to this date, September 17, for many reasons.  Most Americans — at least those who were taught that our history did not begin in 1963 — know the dates July 4, December 7, and, of course September 11.  One great day, one infamous day, and one stunning day.  But what of today?  September 17?  Ring a bell with anyone?  Probably not.

And yet it is one of the most significant dates in U.S. history, not just for the events that occurred on this square in the calendar, but also for what it means and could teach us about our country.  It is a reminder of our greatness, and our flaws, and the lengths we, as no other so powerful and influential nation in history, are willing to go to correct those flaws.

On September 17, 1787, the most consequential document since Magna Carta was adopted by a hastily organized group of civic leaders in the fledgling United States whose aim was to rectify the inherent flaws in the Articles of Confederation…a governmental system that was too weak to serve as a workable model for a nation on the cusp of expansion as were the newly freed former British Colonies. Behind closed doors, George Washington, Benjamin Franklin, Alexander Hamilton, James Madison, and others less well-known but brilliant and successful in their own lives, did something dramatic. Indeed revolutionary. They tossed the entire Articles into the trash bin, rolled up their sleeves, and created a new form of government that has served us well, albeit imperfectly, for 233 years.

The new U.S. Constitution, adopted on this day, was an astounding political achievement.  And it represented a shift to accepting the role of a centralized power in a workable model of federalism that has seen a constant give-and-take between the power of the states and the federal government.  Some saw the Constitution as too authoritarian. Thomas Jefferson, who was abroad during the Convention, was dissatisfied with its dearth of enumerated protections for civil liberties. Hence a Bill of Rights, proposed by the Virginian George Mason and Massachusetts man Elbridge Gerry, and later drafted by Madison, was to be a stipulation for ratifying the document. The glossing over of the essential rights Jefferson has so eloquently laid before a different Congress eleven years earlier in his Declaration of Independence was the first of what some historians call a blunder in the convention process that would be rectified through compromise.

But on one issue there would be no such resolution, only delay and passing on the problem to the next generation…slavery. Codified in the Constitution as the infamous 3/5 Compromise, wherein an enslaved human being was to be considered 3/5 of a person for electoral counting purposes, human chattel would have a devastating effect on the nation and lead it, ultimately, to civil war.

Which brings us to the second great event to take place on this date, this time in 1862 near an unassuming creek in western Maryland called the Antietam. September 17, 1862 would turn out to be, in fact, the bloodiest single day in our history…it remains so to this day. In one of those eerie coincidences of history, the great battle would take place 75 years to the day of the flawed Constitution’s adoption. Indeed, the men in Union blue and Confederate gray who stood in line facing each other with rifles leveled at the breasts of their fellow countrymen were on this battlefield precisely to decide the issue left unresolved in the Constitutional Convention, which many of their grandparents and even parents remembered.

Antietam was a battle unlike any other in our history. A twelve-hour buzz saw of death, destruction, horrific wounds, shattered bodies, and ruined lives.  When the hot September sun finally set upon the devastated battlefield, more than 23,000 Americans had fallen…twice as many casualties suffered by the Allies on D-Day and the equivalent of Iwo Jima, only in one day rather than 36.

But from the suffering and misery of that terrible day, President Lincoln, who had been watching closely the progress of the Union army in their quest to defeat the rebels for reasons more than just military expediency, found hope. All summer he had wanted to announce his Emancipation Proclamation that would declare all slaves in rebellious territories “henceforth and forever free.”  (Those slaves in loyal border states would have to wait to be freed by Constitutional amendment as Lincoln did not believe he had the power to make such a unilateral and, in his mind, unconstitutional declaration, despite its obvious moral clarity. The Confederate states, however, having willingly rejected the Constitution when they seceded, were under no such protection.) Lincoln was ready to announce the Emancipation Proclamation as early as June 1862, but his Secretary of State William Seward dissuaded him, arguing that the timing was not right.  In early summer, the Union armies were being pummeled in the field by the army of the gifted rebel general, and son of a celebrated Revolutionary, Robert E. Lee. To announce emancipation now, Seward argued, might be perceived as an act of desperation, or as the secretary so bluntly put it, “the last shriek on the retreat.” So Lincoln patiently shelved his proclamation and waited for a Union victory to give it teeth. That date came on September 17, 1862.

Though a tactical draw (and some argue a day that should have ended the Civil War but for the bungling of the Union Army commander Gen. McClellan) Antietam did serve to bloody Lee’s army enough to drive the invading rebels out of Maryland and end their string of victories.  Just a week later, the Preliminary Emancipation Proclamation was announced on September 22; it would go into effect on January 1, 1863. The proclamation was the most important document since the Constitution itself, and it showed that Americans were willing to shed oceans of blood to free their fellow countrymen and women of color and right the wrong inflicted upon the latter at the nation’s founding.

So what can we as Americans learn from these two dates, 75 years apart?  First, that, like all nations, the United States is imperfect. Anything built by mere mortals is, despite even the loftiest of reputations, the purest of motives, and the most powerful of intellects. (Jefferson sardonically referred to the Framers as “demigods.”) But the Constitutional Convention is not something to be scorned and ridiculed, but rather studied, as fair-minded individuals viewing the people of the past through the lens of the more enlightened (in some respects) present should do.

Second, it shows that we are a nation that accepts our historical failings and speak openly and honestly about them. This is in stark contrast to many nations who to this day refuse to come to grips with troubling aspects of their past. (See Japanese World War II textbooks, or consider the Turks’ amnesia with respect to Armenia. Not to mention the British who seem to be too busy casting moral aspersions on their American cousins to ponder their own atrocities during the Sepoy Rebellion, the Zulu and Boer Wars, just to name a few.)

Most importantly though, September 17 represents that fabled “arc of the moral universe” being bent, by force if necessary, in the direction of justice. The Constitution was drafted by 55 white men, yes. We are pejoratively reminded of this non-stop in our daily discourse. And, indeed, women and people of color were excluded from the process, and this is never right, albeit the sign of the times across the globe, not just in Philadelphia. But if this is to be criticized, then those same critics must also embrace those 12,500 white boys who fought for the Union at Antietam. We must then celebrate those brave soldiers who either gave their lives or fell with horrible, agonizing and life-changing wounds to address the imperfections of their predecessors, right the wrongs of their founding document, and, through their blood and pain and sorrow,  remake our nation in a way that was more in line with its founding principles.

In the end over 2 million men — among them over 100,000 free black men — fought to end the stain of slavery in this country; 350,000 of them died in the process. A century later their descendants would march again, together, this time not on the field of battle but rather peacefully filing down a country road on the way to Montgomery, or congregating en masse in the shadow of the memorial to the man who restored to over 3 million Americans their God-given rights as intrinsically free people. They were the worthy successors to those brave men who gave their lives on the fields of Antietam that marked the way.

Those who disparage the Framers are ignorant. If you want to know what America really means at its core, seek out the counsel of the one million legal immigrants from across the globe who line up to enter our nation every year seeking a better life — who know our true goodness and decency as a nation, and a free people. Perhaps they are capable of looking past the obvious flaws of our founding, and the moral dubiousness of the views of those mortal men who crafted our governmental framework, and they see the rows upon rows of tombstones of young men who fell at such places as Antietam on that same day 75 years later to change that reality.

To these two camps, September 17 represents different visions of our nation. I think I’ll go with the immigrants’ view.  The men who died on our bloodiest day made their new lives here possible. They took a fundamentally workable government and made it more inclusive. And they did so by sacrificing far more than planting a fashionable virtue-signaling sign or joining a hashtag campaign. They put their lives on the line to make this a better nation. And they succeeded.

More from Brad Schaeffer: The United States IS Exceptional. Ask The Japanese.

Brad Schaeffer is a commodities trader, columnist, and author of the acclaimed World War II novel Of Another Time And Place.