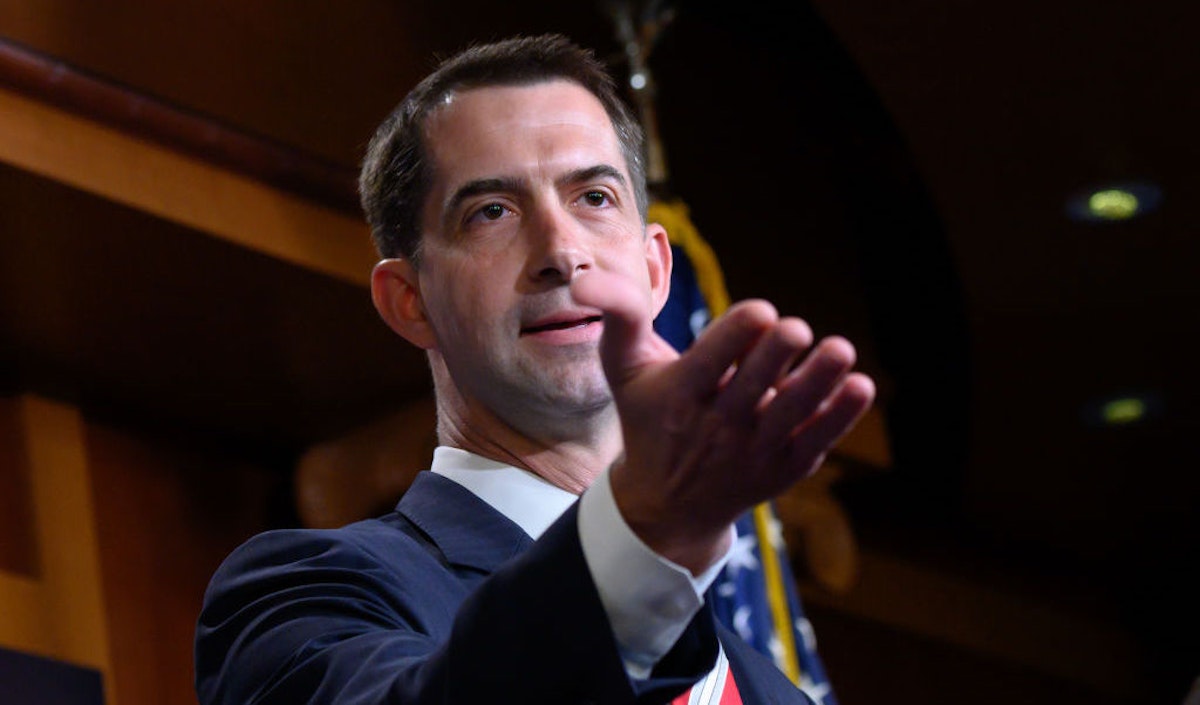 “That’s welcome news for us in the Republican Party,” Cotton told Fox News. “We are excited to have so many more Americans registering as Republicans. It reminds me of what Ronald Reagan said, though, that he didn’t leave the Democratic Party. It left him. That’s what you’ve seen over the last year in this far, far leftward lurch of the Democratic Party under Joe Biden.”

[In] the first quarter, 49% of Americans identified as Democrats or leaned Democratic, compared with 40% who were Republicans or Republican leaners.

In the second quarter, Democratic affiliation stayed high, while Republican affiliation began to recover, increasing to 43%.

The third quarter saw a decline in Democratic identification and leaning, from 49% to 45%, as Biden’s ratings began to falter, while there was no meaningful change in Republican affiliation.

In the fourth quarter, party support flipped as Republicans made gains, from 44% to 47%, and Democratic affiliation fell from 45% to 42%.

“These Americans are joining the Republican Party because they know that we will protect them, protect their families, protect our country, we will protect their rights, we’ll protect their job and their right to earn a living and to keep that money,” Cotton continued. “We’ll protect them from the kind of threats that we face on our streets and a crime wave that’s washing all across America, or foreign threats like predatory behavior of the Chinese Communist Party, or terrorists and any other threats they may face as well. That’s what Americans elect Republicans do. That’s what they expect us to do. And more and more Americans are turning us to do just that job.”

The Daily Wire noted that the five-point edge for the Republican Party in the fourth quarter ties the largest lead the party has held in the Gallup poll since it began measuring such data in 1991. The only other quarters the GOP held a five-point lead were in early 1995, after the GOP seized control of the House for the first time in four decades, and the first quarter of 1991, after the U.S. victory in the Persian Gulf War.

Biden’s approval rating cratered in a left-of-center mainstream poll last week to a low of 33% as Americans grapple with skyrocketing inflation, supply chain issues, a pandemic that Biden has failed to stop, and numerous additional crises.

Looking at the poll’s breakdown of racial demographics, the group that least approved of Biden was Hispanics, with only 28% approving.