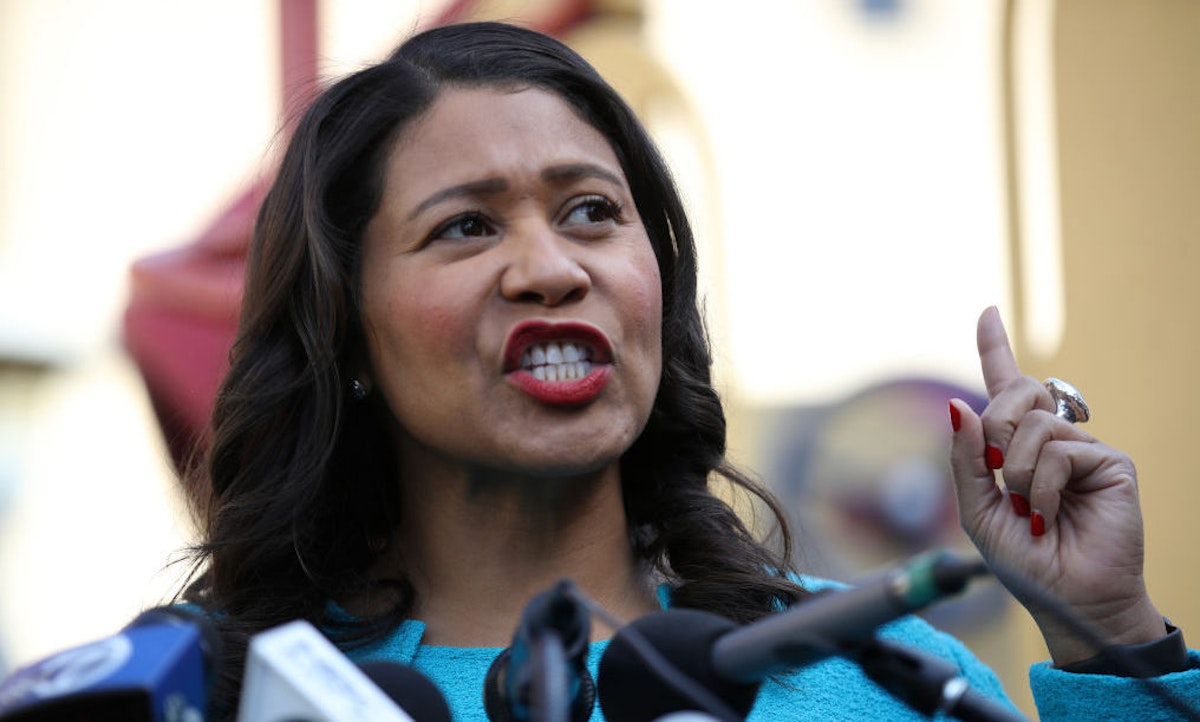 “Schools have been allowed to open in San Francisco under public health orders issued at the beginning of September and while many private schools are open today, our public schools have still not yet made a firm plan to open,” said Breed.

“[I]n the midst of this once in a century challenge, to hear that the District is focusing energy and resources on renaming schools—schools that they haven’t even opened—is offensive,” said Breed on Friday. “It’s offensive to parents who are juggling their children’s daily at-home learning schedules with doing their own jobs and maintaining their sanity. It’s offensive to me as someone who went to our public schools, who loves our public schools, and who knows how those years in the classroom are what lifted me out of poverty and into college. It’s offensive to our kids who are staring at screens day after day instead of learning and growing with their classmates and friends.”

According to the San Francisco Chronicle, Breed has little authority to open the schools herself, as the decision must be made by the San Francisco Unified School District in conjunction with the San Francisco Department of Public Health. While district schools remain closed in the city, a government data tracker shows that 53 schools, private and public-charter, have been allowed to reopen for in-person learning as of Friday evening.

Last month, School Board President Mark Sanchez said a potential reopening for the public schools could happen in January, but emphasized that it was an “educated guess” and “would probably be the earliest” date, according to the San Francisco Chronicle.

Breed, who pioneered the first shelter-in-place orders in the United States at the beginning of the pandemic back in March, also said that closed schools were “driving inequity” in San Francisco, and not the names of those schools themselves.

The Democratic mayor also left the door open to changing school names at a future date, saying: “Conversations around school names can be had once the critical work of educating our young people in person is underway. Once that is happening, then we can talk about everything else. Until those doors are open, the School Board and the District should be focused on getting our kids back in the classroom.”

Today I issued a statement on the need for our School District to focus on reopening our public schools, not renaming them. To address inequities, we need to get our kids back in the classroom. pic.twitter.com/nHnauVZzFe

The district’s list of problematic school names was established by the San Francisco Names Advisory Committee, which looked at the names of over 100 public schools for links to slavery, genocide, and environmental abuse, among several other criteria.

Senator Dianne Feinstein (D-CA) ended up on the list because she, according to the San Francisco Chronicle, “reportedly replaced a vandalized Confederate flag, one of several historic flags flying in front of City Hall” back in the 1980s.

In total, over one-third of the district’s 125 public schools made the list of problematic names. The list includes eight schools named after U.S. presidents—including George Washington and Abraham Lincoln—the composer of the Star Spangled Banner, Francis Scott Key, and the Revolutionary-era patriot Paul Revere.