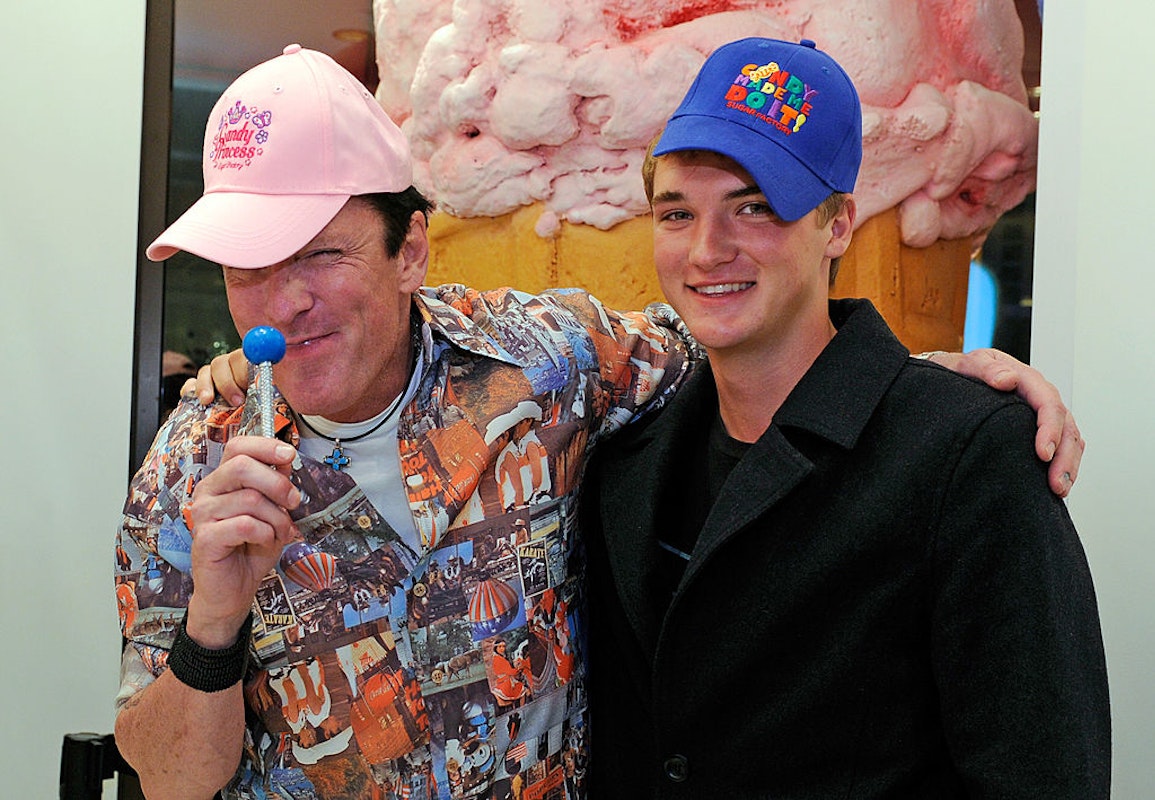 “Reservoir Dogs” star Michael Madsen’s son has been found dead in a suspected suicide in Hawaii.

Hudson Madsen was the 26-year-old godson of noted filmmaker Quentin Tarantino. A spokeswoman for the Department of the Medical Examiner in Honolulu stated,  “I can confirm Hudson Lee Madsen, 26, died by a gunshot wound to the head in a suspected suicide on the island of Oahu,” as The Sun reported.

Hudson Madsen, survived by his wife Carlie, had been living in Wahiawa, Hawaii; he was based at the Schofield Barracks in Oahu after having had reportedly served in the U.S. Army in Afghanistan.

As recently as January 15, Carlie Madsen, who had undergone breast surgery, posted on Instagram:

I just want to give a shout-out to my amazing husband! Yesterday I had surgery to remove a tumor from one of my breasts and he was and has been so patient throughout this whole process! We were at the hospital for about 7 hours yesterday and while I was in surgery he went to target and got me flowers, comfy pajamas, my favorite candy and a card! He’s also been amazing in helping with my recovery and I’m just so thankful! I also want to thank my family and friends that have reached out to make sure I’m okay and to check in on me! I love you all so much.

After meeting her future husband in 2017, Carlie Madsen told a friend who asked if Hudson was a “keeper,” “He’s actually in the army and stationed down in Colorado! I met him through my best friend that lives there! And I think he’s a keeper!”

Hudson commented in response, “I am a keeper by the way.”

In November 2017, Hudson got down on one knee to propose to his future wife on Pike’s Peak in Colorado; they were reportedly married in 2018 before he was deployed, as The Daily Mail reported.

The Daily Mail added, “On January 20, 2019, a friend commented: ‘Yo you home already Hudson Madsen?’ Carlie replied: ‘No, it keeps on getting pushed back’ – accompanied by a crying emoji.”

But Hudson was back home by the end of January 2019. In June, they conducted an “official wedding”; Carlie posted on Instagram that they held the wedding “even though we had been married for a year and half already at that point. … It was one of the happiest days of my life but also very uhhh… interesting I’ll say. We had an outdoor ceremony during a thunderstorm and no one could hear us. I was puking in the bathroom till about 2 minutes before I walked down the isle (sic), We had to fire our DJ halfway through the reception and thankfully a different, way better, DJ showed up. We almost got kicked out of our reception place because people got caught sneaking alcohol in and got caught attempting to do uhhmm.. ‘extra curricular activities.’”

“BUT even after all of that it was still one of the best days of my life because I got to celebrate with all our family and friends and I got to marry my best friend for the second time,” she continued. “Thank you to everyone that was able to make it and make it a day I will never forget. And thank you to my wonderful husband for everything you do for me and our family. I couldn’t be happier to have you by my side through this crazy life. I love you more.”

In May 2020, Hudson left Hawaii for a new deployment; Carlie wrote: “Saying goodbye to you never gets easier. I’m already missing the s*** out of you. Please come home quickly. I’ll see you in 5 months my love. I love you more.”

In March 2021, Carlie wrote: “In the last 2 months Hudson and I found out that we can’t have kids naturally and we have to do IVF. We also were told that it will probably take 2 or more times of IVF treatment for me to get pregnant. I’m only sharing this because it needs to be normalized and more talked about.”

Hudson made numerous loving comments in response to photos of his wife, including:

Dats my wife. I love you baby.

Ooooo gurlll. Can i get yo number?

The last photo of them, from November, depicted him carrying his wife piggy back on a beach.

Carlie commented, “So in love with how these pictures turned out.”