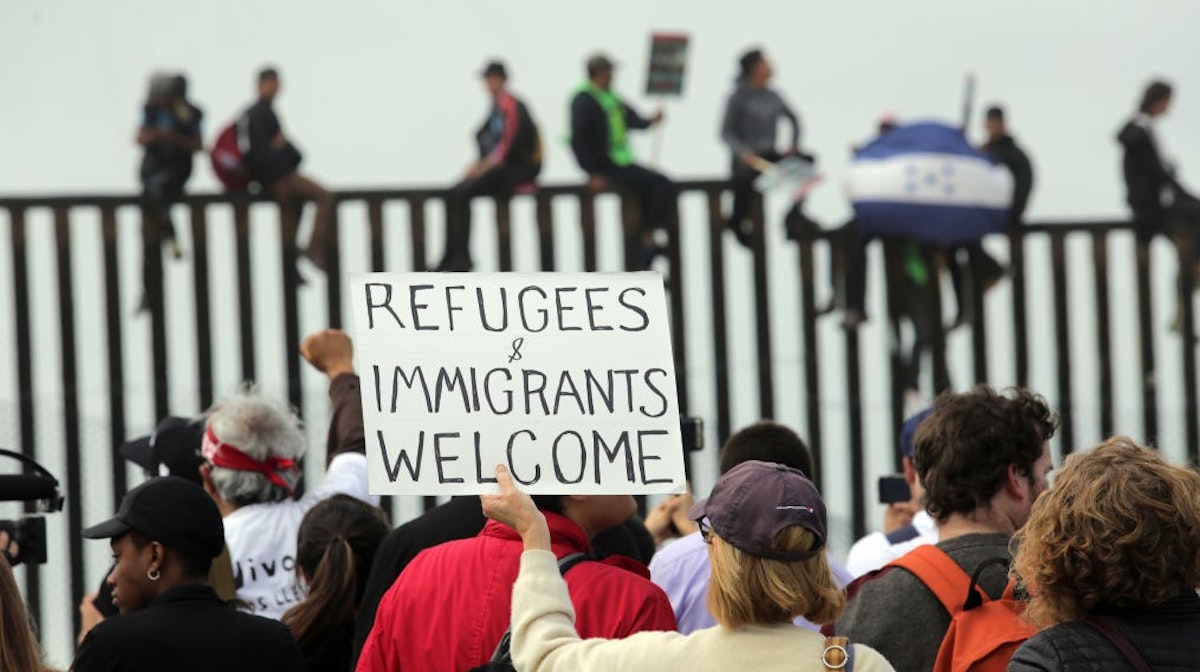 President Joe Biden’s immigration efforts, which include a plan to provide a path to citizenship for more than 11 million illegal immigrants may be dead on arrival in Congress, according to reports from the Associated Press and the Wall Street Journal.

Biden made immigration a top priority of his first 100 hours in office, signing 6 executive orders, effectively repealing a number of Trump administration immigration protections, including plans for a wall closing off the United States’ southern border.

The Biden administration also announced an ambitious immigration reform package that would “give legal status and a path to citizenship to anyone in the United States before Jan. 1 — an estimated 11 million people — and reduce the time that family members must wait outside the United States for green cards,” per the AP. The bill would also “have an expedited pathway for farmworkers and the young immigrants known as Dreamers, along with changes to the legal immigration, refugee and asylum systems,” according to the WSJ.

Democratic socialists and progressives cheered the move, but not all Democrats are on board with the major change in immigration policy, and the “Gang of Eight” Republicans, who are the Democrats’ best hope for compromise on the immigration issue, is fully opposed to granting blanket amnesty to 11 million undocumented individuals.

“Some Democrats say they can rally around an immigration-reform package that makes no concessions. But the approach is likely to quickly run into opposition from Senate Republicans, at least 10 of whom would need to support a measure for it to clear the Senate’s 60-vote hurdle for most legislation,” the Wall Street Journal reported.

“Sen. Bob Menendez (D-NJ), the bill’s Senate sponsor, told a conference of the American Business Immigration Council on Thursday that enacting the bill would be a ‘herculean task,’ and could prove impossible without Republican cooperation. But, he said, Mr. Biden and Vice President Kamala Harris are strongly supportive of the effort,” the outlet continued.

The GOP, meanwhile, is not interested in even considering Biden’s proposal, effectively killing it before it even arrives in Congress. NBC News reports that the remaining members of the so-called “Gang of Eight” Republicans who support immigration reform have already thrown “cold water” on any immigration bill that legalizes millions without any additional immigration protections.

“I don’t think I can even count to one” Republican who would support the measure, a GOP aide told NBC.

Democrats, sensing a problem, have been trying to rein in expectations. Sen. Dick Durbin (D-IL) the second-highest-ranking Democrat in the Senate, called the plan “aspirational,” and suggested the Biden Administration really meant the bill as a starting-off point, rather than a promise.

“We understand the political reality of a 50-50 Senate, that any changes in immigration will require cooperation between the parties,” Durbin said. The AP reports that Durbin added that the Senate’s immigration measure “will not reach the same levels” as in the Biden bill.

Biden’s White House even dialed back expectations on its own, perhaps understanding that they are better off spending their political capital fostering compromise on coronavirus bills, both addressing the pandemic and bolstering the economy.

“A cautious note came from the White House on Friday when press secretary Jen Psaki said the new administration views Biden’s plan as a ‘first step/ it hopes will be ‘the basis’ of discussions in Congress,” the AP noted. “Democrats’ measured tones underscore the fragile road they face on a paramount issue for their minority voters, progressives, and activists.”