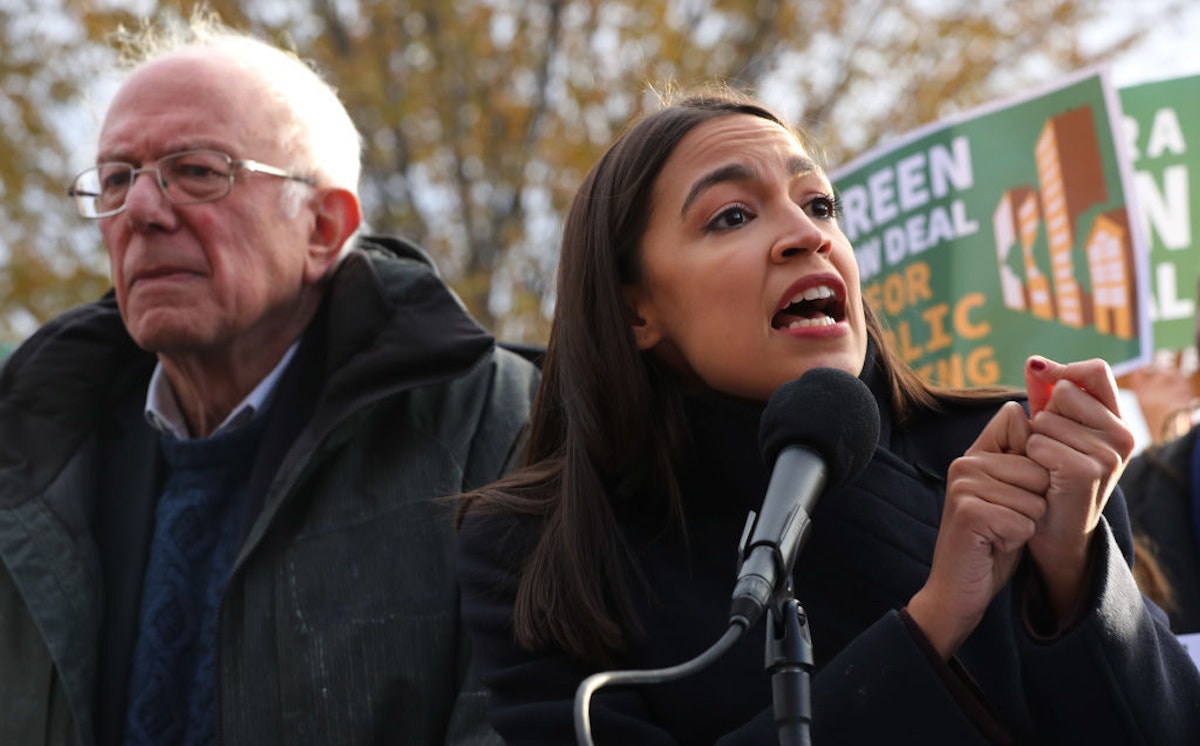 Rep. Alexandria Ocasio-Cortez and the rest of the progressive “squad” of legislators are already making demands of the Biden transition team even though Biden has yet to win the election and the national polls still look like a toss-up election.

Progressives have been adamant that any Biden administration include their influence, particularly in light of deals struck earlier in 2020, giving Democratic presidential contender Joe Biden the support of far-left activists who would have preferred Sen. Bernie Sanders (I-VT) at the helm of the Democratic presidential campaign. Ocasio-Cortez is now on the record saying that she and others plan to “push” Biden to the left if he manages to eke out a victory in early November.

“We’re different people, and clearly I, in the primary, one of the reasons why I was supportive of Senator Sanders was because of how progressive his stances are, but, you know, the primaries are over, and right now what is most important is to make sure that we ensure a Democratic victory in November and that we continue to push Vice President Biden on issues from marijuana to climate change to foreign policy,” she told news outlets last month, per the Daily Wire.

Now, according to POLITICO, she and other members of the “Squad” — including one prospective member who has yet to win an election — have signed on to an open letter demanding that Biden compile a far-left transition team devoid of CEOs and other corporate bigwigs, even if they are instrumental in setting up a new government.

“Left-wing House members including Reps. Alexandria Ocasio-Cortez, Katie Porter, Ayanna Pressley, Raúl Grijalva, and candidate Jamaal Bowman along with 39 progressive groups signed a letter, obtained by POLITICO, arguing that no C-suite level corporate executives or corporate lobbyists ought to have Senate-confirmed positions in a Biden administration,” the outlet noted Friday.

“One of the most important lessons of the Trump administration is the need to stop putting corporate officers and lobbyists in charge of our government,” the group writes. “As elected leaders, we should stop trying to make Tunsupportable distinctions between which corporate affiliations are acceptable for government service and which are not.”

That may be difficult for any potential Biden administration to commit to, particularly given that positions like Secretary of the Treasury usually go to people who have experience handling corporate affairs and understand the stock market. And it’s not clear who progressives feel should take the place of experienced individuals from the private sector.

Earlier reports, of progressives organizing to infiltrate Biden’s transition team, may give some clues. After being “shut out of the Obama transition effort” in 2008, the far left has been training to take on the “wonky world of transition politics,” and professional far-left activists are now in a position to fill certain key roles. They’ve even outlined a two-step process to ensure their own success.

“The process is two-fold, the groups say,” as the Daily Wire reported back in September. “First, they are creating ‘opposition research’ files on moderate potential appointees and circulating memos about their lack of fitness through left-wing publications. Second, they’re ‘vetting’ a handful of progressives with policy bona fides who they believe can fill key White House roles so that those candidates can be presented to Biden’s transition architects with full, impressive resumes.”

Biden has indicated some openness to far-left policies, and it does not appear progressives will take “no” as an answer.