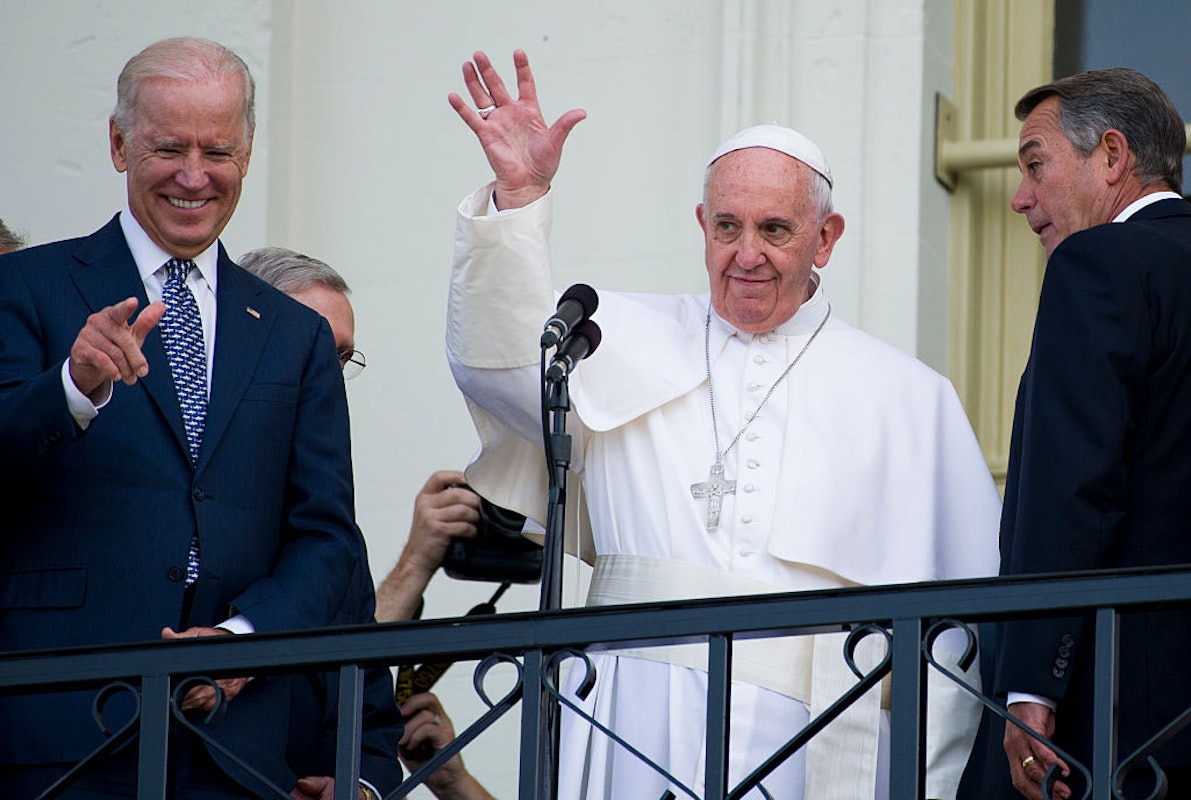 A delegation of NBA players and executives from their union met with Pope Francis at the Vatican on Monday as training camps are set to open next week and a new season is scheduled to tip-off in less than a month.

The private gathering was reportedly initiated by His Holiness and hurriedly planned. According to a statement issued by the National Basketball Players Association (NBPA) afterward, “the meeting provided an opportunity for the Players to discuss their individual and collective efforts addressing social and economic justice and inequality occurring in their communities.”

#PopeFrancis met today with reps of the NBA Players Association to talk about their efforts to promote racial equality, social justice & to feed the poor. (? Vatican Media) pic.twitter.com/fGhoMJzQPl

The union identified its contingent as “the NBPA’s group.” It included Sterling Brown, who recently agreed to a one-year deal with the Houston Rockets, the Orlando Magic’s Jonathan Isaac, free agents Kyle Korver, Marco Belinelli, and Anthony Tolliver, along with three NBPA officials.

The 30-minute discussion took place in the papal library of the Apostolic Palace, where attendees did not wear face coverings despite second waves of coronavirus infections that have recently hit Italy and the United States hard.

“We are extremely honored to have had this opportunity to come to the Vatican and share our experiences with Pope Francis,” Korver said after the meeting. “His openness and eagerness to discuss these issues was inspiring and a reminder that our work has had a global impact and must continue moving forward.”

Pope Francis is now the proud owner of a commemorative basketball and an Orlando Magic jersey, after meeting with representatives from the NBPA earlier today at the Vatican. pic.twitter.com/KItmmVQ3VJ

The NBA finished last season playing its games inside a “bubble” at Walt Disney World due to the COVID-19 pandemic. However, several players used the international stage to draw attention to America’s criminal justice system. They amplified claims that racially biased policing led to the unnecessary deaths of George Floyd and Breonna Taylor, and the shooting of Jacob Blake – incidents that resulted in uprisings across the country demanding change. The words “Black Lives Matter” were prominently featured on the hardwood where teams competed and players were encouraged to display related slogans on the backs of their uniforms, such as “I Can’t Breathe,” “Say Their Names,” and “Sí Se Puede.”

Kyle Korver opted to use “Black Lives Matter” on the back of his jersey for the NBA restart, saying those three words encapsulate his entire message. https://t.co/m1kmFzNxL2 pic.twitter.com/HocvvsdVEW

Still, NBPA Executive Director Michele Roberts, who attended Monday’s meeting at the Vatican, said the get-together “validates the power of our Players’ voices.”

“That one of the most influential leaders in the world sought to have a conversation with them demonstrates the influence of their platforms,” she added.

Brown and Korver were members of the Milwaukee Bucks team that initiated a work stoppage throughout sports in August. Confined inside the NBA’s so-called bubble environment in Orlando, Fla., the Bucks players refused to take part in the scheduled playoff game after the shooting of Blake in Kenosha, Wis. Their protest quickly spread to other teams and other sports, forcing the postponement of games in the WNBA, Major League Baseball and Major League Soccer.

In June, Pope Francis said he had watched the social unrest enveloping the United States after Floyd’s death with “great concern.”

“We cannot tolerate or turn a blind eye to racism and exclusion in any form and yet claim to defend the sacredness of every human life,” the pope said at the time, adding his voice to those of other world leaders who had spoken up about the unrest across the United States.

According to ESPN, an assistant to Pope Francis contacted the players’ union last week relaying the pontiff’s desire to learn more about sports activism and what the future holds.

“Today’s meeting was an incredible experience,” said Tolliver, who played for the Sacramento Kings and Memphis Grizzlies last year and also serves as the NBPA secretary-treasurer. “With the Pope’s support and blessing, we are excited to head into this next season reinvigorated to keep pushing for change and bringing our communities together.”