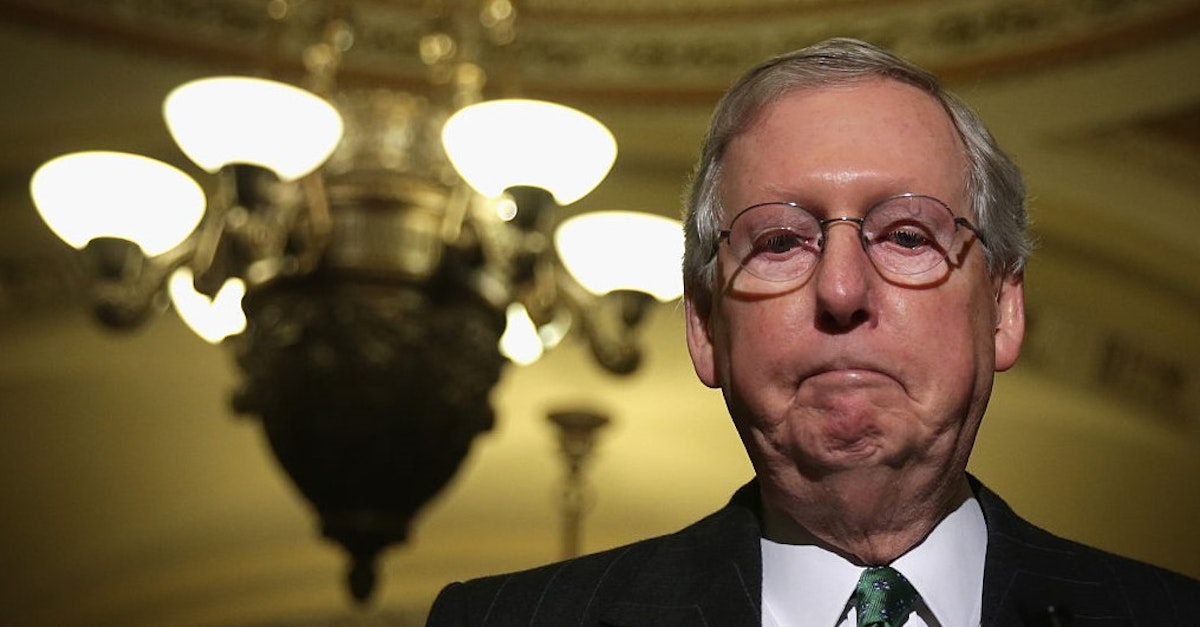 When the Senate reconvenes on Wednesday, it will be evenly split between Republicans and Democrats with Vice President-elect Kamala Harris as a deciding vote if support for certain legislation breaks down along party lines. Although that likely leaves Democrats with the power to press forward with much of Biden’s agenda, it presents a hurdle to Senate management, particularly with regard to who serves on committees and how the rules for various Senate process are laid out.

With Harris in the driver’s seat, Schumer will likely become the  “majority leader” though he will not control an official majority. “But the Senate will still need to pass an organizing resolution and work out committee ratios and other rules of the road,” according to Politico.

“Schumer and McConnell are largely expected to operate the Senate in a similar fashion to how former Senate leaders Trent Lott and Tom Daschle devised the last 50-50 blueprint,” the outlet continues. “That allowed for committee memberships to be evenly split, with bills that receive tied votes advancing to the floor; the party controlling the White House would still set the Senate schedule and determine which legislation would get taken up.”

“Similar to those rules, set in January 2001, Schumer and McConnell aides are discussing allowing bills and nominations to advance to the Senate floor even if they are tied during committee votes, something that could become common given that each party is expected to have the same number of seats on committees,” CNN adds.

This time around, the two Senate leaders will have more to hash out, as Politico notes. Because the last four years have been contentious ones — and the last two weeks gave rise to a second impeachment in the House — McConnell and Schumer will have to figure out whether Biden’s nominees can proceed to the Senate floor for approval, and whether those nominees should be approved before or after a possible impeachment trial.

Democrats have also threatened a host of major changes, both to the Senate rules and to the government at large. McConnell will be looking to preserve the Senate filibuster, which Republicans can trigger to require a 61-vote majority for controversial legislation like the Green New Deal, and he will be looking to stop Democrats from packing the Supreme Court with additional justices.

Schumer will be looking to help Biden pass his legislative agenda quickly; new presidents traditionally have just 100 days to put forward any major policy proposals and just 18 months to pass them before the next round of national elections. That agenda is likely to include a new round of coronavirus relief, including $1400 checks to individual taxpayers and a federal ban on evictions through September of 2021.

The two party leaders are expected to have a deal on Tuesday but the Senate may not vote for several more days until two Democratic Senators from Georgia are seated and Kamala Harris’ replacement is sworn in.